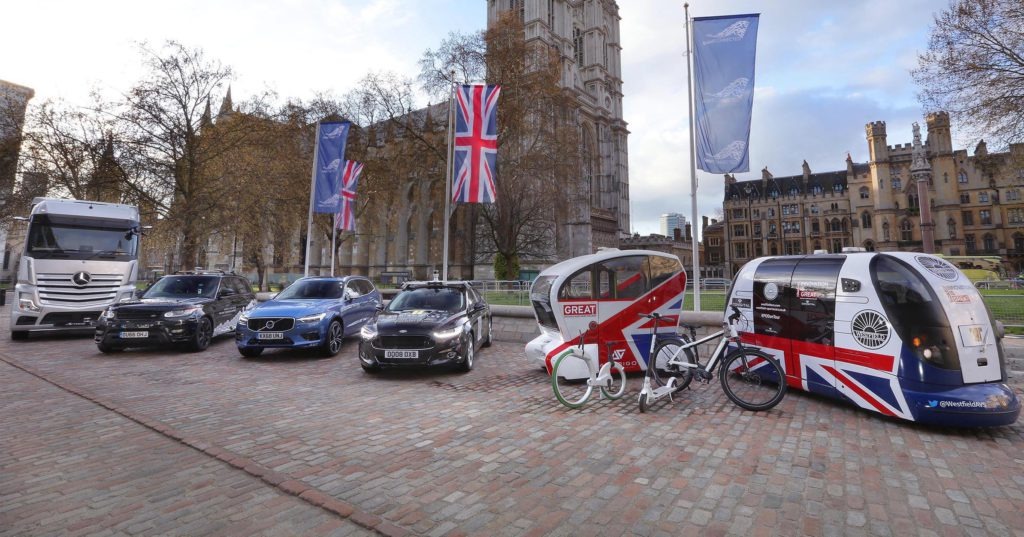 The UK is in a good position to lead the global race to market for connected and autonomous vehicles (CAVs) with a £62 billion (€72 billion) boost to the country’s economy by 2030 up for grabs.

This strong statement was made at the SMMT Connected conference in London and is the result of a new report by the society, which represents vehicle manufacturers in the UK, together with Frost & Sullivan. The paper analyses the wide-ranging societal and economic benefits to be achieved by gradually increasing CAVs on the country’s roads.

The UK is in a strong position to capitalise, with more than £500 million (€580 million) already committed by industry and government to CAV research, development and testing. Autonomous driving trials are taking place in major towns and cities and the country is home to four major CAV test beds. Three additional sites are focused on highways, rural roads and parking, with more than 80 collaborative R&D projects underway. The next game-changing step is to move from testing CAV technologies to deployment in the real world.

Mobility as a right

Advanced driver assistance systems (ADAS) such as Autonomous Emergency Braking and Collision Warning are already available on the majority of new cars registered in the UK. Combined with the gradual introduction of automated vehicles from 2021, this will deliver massive safety benefits. Over the next decade, the technology is set to prevent 47,000 serious accidents and save 3,900 lives. At the same time, some 420,000 new jobs will be created in the automotive industry and other sectors such as telecoms and digital services. Driving commuters, meanwhile, will gain back the equivalent of a full working week thanks to more ′downtime’ and smoother traffic flows during their commute.

Speaking at the event in London, Chris Skidmore MP, Minister of State for Business, Energy and Industrial Strategy, commented: ′Every new car sold off a forecourt in the UK is more connected than the last, with everything from satellite navigation to cruise control, keyless opening and even WiFi. Meanwhile, smart motorways are flowing and sensors in parking bays help people find spaces.

′However, the advent of self-driving cars will not simply be an aggregation of what we can do. As the SMMT report shows, it will have a far-reaching implication for millions of lives. This technology can eliminate road deaths by driver error, while the vehicles also mark a shift away from driving as a skill to mobility as a right, opening transport to the disabled, elderly or those simply too young to drive.’

Vehicle manufacturers are exploring the jump from making cars to providing connected services due to consumer demand and the threat of outside disruption.

′We are transporting ourselves from an automotive manufacturer to a mobility company,’ said Agustin Martin, CEO of Toyota Connected Europe. ′We need to find new ways to move and connect our customers. This is about transforming ourselves into what consumers want us to be, and more importantly, this is the extent that we need to take if we want to remain relevant moving forward.’

′There are two main reasons that we need to take into account when thinking about the future. The first is to study market opportunities. Toyota’s revenue in 2017 was strongly related to the vehicle sector, and only 6% was from connected and mobility markets. However, the sources we use in our strategy preparations suggest that by 2030, up to 30% will be coming from connected and mobility services. It is about the magnitude of the change. It is not there simply for the incumbents of the industry, but for new players who can also tap into that potential.’

′Consumer expectations are changing. There are three main drivers for this – no longer is ownership important. Attachment to the car is wearing out, and there are other ways of looking at transportation from a consumer perspective. The second driver is the cities, urban spaces that are reinventing themselves and looking to tackle congestion and pollution, turning themselves into cleaner and friendlier places to live and work. Last on the list, technology, which is developing and is here to help us achieve things that we thought would be impossible yesterday. The combination of these three elements is driving changes in consumer expectations towards services that are connected, seamless and as personalised as possible.’

To realise the potential economic boost for the UK, the SMMT says the conditions must be right, and sustained support from government will be vital, particularly if the ambition to get autonomous vehicles on to UK roads in 2021 is to be met. The report’s key recommendations for government include updating road traffic laws, improving 4G coverage across all road networks, encouraging local authorities to work with industry to implement urban mobility services and influencing future harmonisation of international regulations to ensure these new vehicles can operate seamlessly between the UK and abroad.

Crucially, however, the UK’s departure from the EU must be orderly with a deal that supports both the industry and technological collaboration, especially in data. A ′no deal’ Brexit will result in lasting damage to the UK’s reputation as a politically stable destination for inward investment, putting the benefits identified in the report at risk.

Mike Hawes, SMMT Chief Executive, said, ′A transport revolution stands before us as we move to self-driving cars and the UK is in pole position in this £62 billion race. Government and industry have already invested millions in laying the foundations, and the opportunities are dramatic – new jobs, economic growth and improvements across society. The UK’s potential is clear. We are ahead of many rival nations but to realise these benefits, we must move fast. Brexit has undermined our global reputation for political stability, and it continues to devour valuable time and investment. We need the deadlock broken with ′no deal’ categorically ruled out, and a future relationship agreed that reflects the integrated nature of our industry and delivers frictionless trade.’