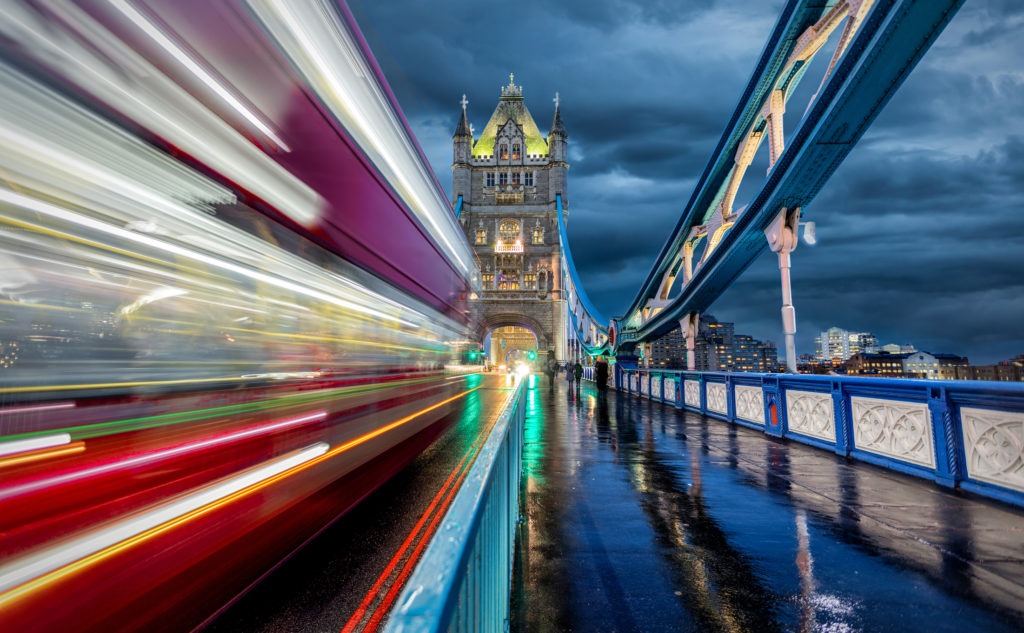 Last month, new-car registrations in the UK ′grew' for the first time since August 2020, according to the Society of Motor Manufacturers and Traders (SMMT) latest figures. March 2021 saw 29,280 more registrations, a rise of 11.5% compared to March 2020.

While this might seem like the beginning of a promising new post-COVID-19 trend, it is, in fact, a reflection of when the pandemic first began impacting sales in the UK. As has been seen across Europe, the anniversary of frozen markets has seen wildly distorted year-on-year figures.

The UK saw a year-on-year fall of 44.4% in March 2020 compared with March 2019. But considering the country did not lockdown until nearly April last year, when the market plummeted by 97.3%, next month's figures promise to be even more startling, particularly as showrooms will reopen on 12 April.

′The past year has been the toughest in modern history, and the automotive sector has, like many others, been hit hard. However, with showrooms opening in less than a week, there is optimism that consumer confidence – and hence the market – will return,' said Mike Hawes, SMMT chief executive. 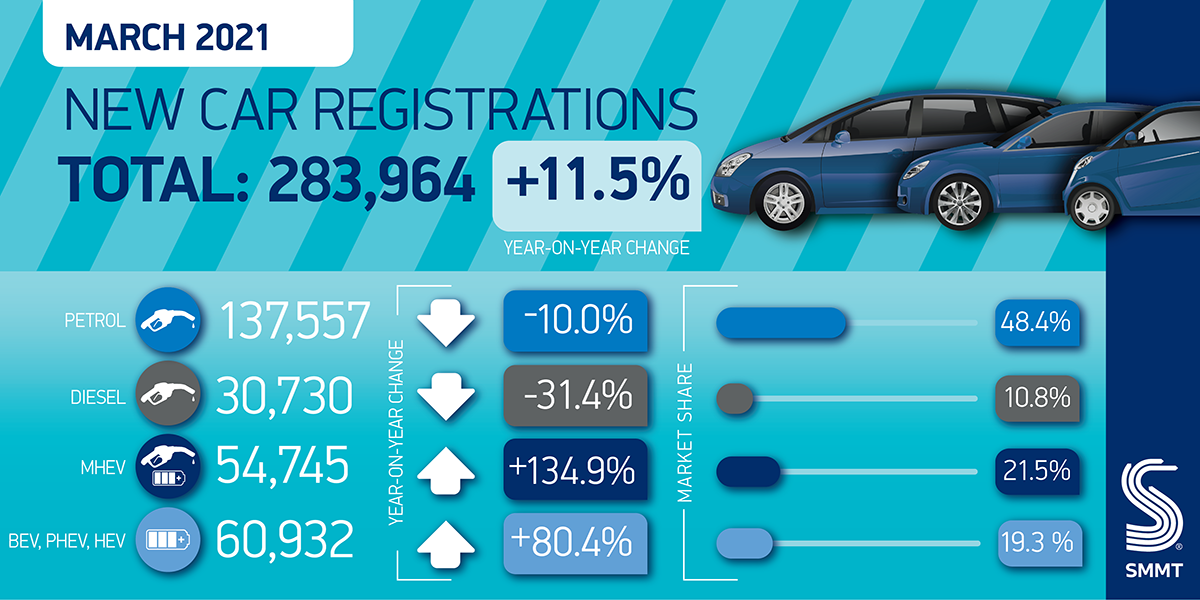 While registrations were slightly up on last year, this growth looks to have come almost entirely from fleet sales, which increased 28.7%. Meanwhile, retail demand remained depressed, dropping by 4.1% compared to March 2020.

The SMMT calculates that for the UK's automotive sector to return to its pre-pandemic levels, some 8,300 new cars would have to be registered every single trading day throughout the rest of 2021. To put that into perspective, the average over the last decade was 7,400 a day, while current levels are closer to 5,600 a day.

The automotive body recognised the importance of click and collect during the pandemic, calling it a ′life line' for the sector. But it explained that these digital services do not offer the same customer experience as showrooms.

With dealerships scheduled to reopen their doors next week, consumers will be able to browse showrooms with a mask on and take test drives. An in-person touch will be essential for dealers as they attempt to recover some of the £22.2 billion lost since March 2020.

′We know we will see record-breaking growth next month given April 2020 was a washout, but a strong, sustainable market is possible if customers respond to the choice and competitive offers the industry provides within the safest of showroom environments,' Hawes said.

Another upside to March 2021 was the continuing adoption of electrified drivetrains, as plug-in vehicle demand reached its highest ever volume. Battery-electric vehicles (BEVs) and plug-in electric vehicles (PHEVs) took a combined market share of 13.9%. This was up 7.3% from last year as the number of available models grew from 72 to 116. Registrations of BEVs increased by 88.2% to 22,003 units, while PHEVs rose by 152.2% to 17,330. Hybrid electric vehicles (HEVs) grew by 42%, reaching 21,599 registrations.

′New plug-in models are already helping drive a recovery, but to convince more retail consumers to make the switch, they must be assured these new technologies will be convenient for their driving needs. That means, above all, that the charging infrastructure is there where they need it, and when they need it,' Hawes explained.