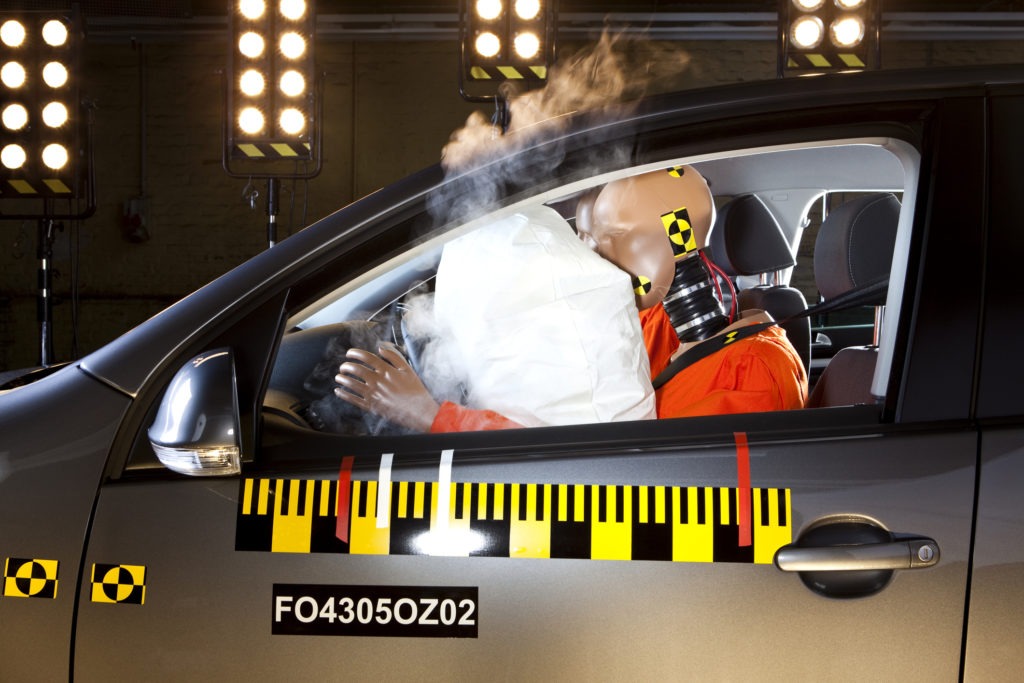 The UK Government has been advised to consider the safety implications should vehicles be included as part of a post-Brexit free trade agreement (FTA) between the US and the UK.

With the country currently in a transition phase following its departure from the European Union on 31 January, the Government is seeking to agree on several FTAs with countries including Japan, Australia and the US. However, the Parliamentary Advisory Committee on Transport Safety (PACTS) is urging ministers not to rush into a deal that could have implications for safety on UK roads.

Speaking with Daily Brief editor Phil Curry, PACTS executive director David Davies highlighted how different US and EU safety regulations are. ′We are wary because we know that US vehicle safety standards are not the same as those of Europe and the UK, they are inferior in terms of front and side-impact protection for occupants,’ he commented. ′They do not have any of the same pedestrian protection standards that the UK currently has, or will have, as we have signed up to General Safety regulations that will come into effect in 2022. These have much tougher standards for pedestrian safety, such as autonomous emergency braking which will protect them.

′We want the UK to stick with these regulations and not be undermined by imports, from the US or any other country. The FTA discussions with the US are, as we understand it, reasonably advanced, but there has been a huge fuss around food safety standards and the US position on those. Hence, we want to ensure the issue of vehicle safety is also raised.’

Davies went on to highlight how the different vehicle mix in the US might also be a factor in UK safety concerns. ′I was surprised at to how much the US standards were not very good for pedestrian protection, while they also are not as good on front or side impact. Although the US market favours bigger SUV models with greater fuel consumption, they do not offer better occupant protection at all, and of course, without the pedestrian safety systems, this would pose a risk.’

′This data has been seen in laboratory tests, but studies involving real-life incidents have shown that the EU is better when it comes to crash protection,’ he added.

In a briefing paper, PACTS highlighted the gulf in the safety of EU and US vehicles. Research by UK, Swedish, French and US research organisations show that a typical EU/UK car is 33% safer than a typical US model when it comes to the risk of serious injury in front and side impacts.

′The introduction of US vehicles which are allowed to be designed without a regulated safer car front requirement, increases risk still further at a time when the UK is actively encouraging walking and cycling. Front bumper testing in the US concerns not safety, but mitigation of repair costs; designs may be detrimental to pedestrian safety,’ it states.

Davies added that PACTS is not against an FTA with the US, but there should be no deviation of safety standards. ′At the moment, there may not be many US manufacturers who are interested in exporting to the UK but, in the future, we could see a more global market in the automotive industry. At that time, we would hope there would be a global standard on safety,’ he continued.

The UK was involved in the development of the new General Safety Regulation that will be introduced in Europe during 2022. The EU Commission believes that the measures will avoid at least 140,000 serious injuries by 2038. This will contribute to the EU’s long-term goal of moving close to zero fatalities and serious injuries by 2050, known as Vision Zero.

The regulation will require safety features to be fitted as standard on new cars, including:

However, despite helping to establish the new regulations, Brexit means the UK will be setting out its own standards.

′It is not a given that the UK would continue to align with EU regulations, but we hope we will,’ concludes Davies. ′We have been involved with developing the new General Safety Regulation, and we see the benefits in that. We are worried there has not been a clear statement that the Government will continue to recognise the standards and we hope that this will be confirmed.’

A Department for Transport spokeswoman told BBC News the UK Government would decide its own safety regulations after Brexit. ′Road safety or environmental standards will not be diminished as part of a free trade agreement with the USA or any other country,’ she said.