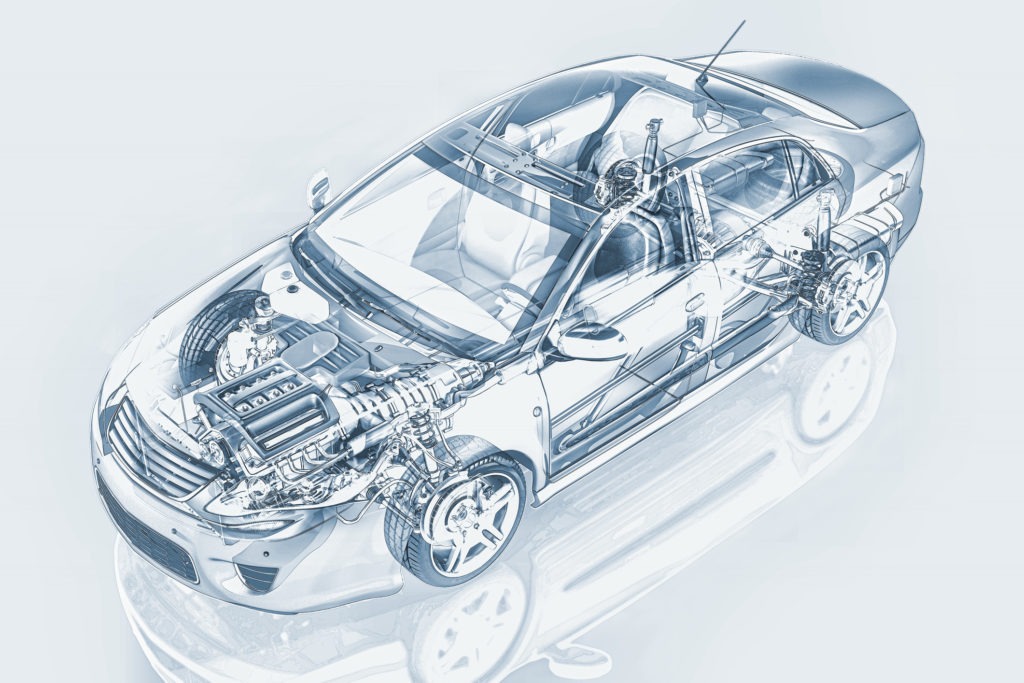 1 October 2020 The European Commission has fined two automotive parts suppliers a total of â‚¬18 million for taking part in two cartels involving closure systems for cars. German companies Brose and Kiekert were involved in cartels with Canadian business Magna. Brose participated in a cartel involving the supply of door modules and window regulators for specific Daimler models. Kiekert was involved in a cartel concerning supplies of latches and strikers to both BMW Group and Daimler. All three companies acknowledged their involvement in the cartels and agreed to settle the case. Magna, who informed the Commission of the existence of the syndicate, will receive no fines. â€²Components such as door modules, window regulators and latching systems are essential for the proper functioning of cars, they provide protection against injury and ensure safety and comfort,’ said executive vice-president MargretheÂ Vestager, in charge of competition policy. â€²The three suppliers conspired to increase their profits from the sale of these components. These cartels ultimately hurt European consumers and adversely impacted the competitiveness of the European automotive sector.’ According to the Commission, the three companies coordinated their pricing behaviour and exchanged commercially-sensitive information. The cartel between Magna and Brose occurred between 2010 and 2011, while the one involving Magna and Kiekert took place between 2009 and 2012. The aim of the three companies involved in both cartels was to preserve each party’s existing business and to avoid a deterioration of the prevailing pricing levels of the supplies. The coordination took place through meetings, phone calls or e-mail exchanges. Fines imposed Under the Commission’s 2006 Leniency Notice, Magna received full immunity from any financial penalty as it revealed the existence of both cartels. This means it avoided a potential fine of around â‚¬6 million. Brose and Kiekert saw their penalties reduced, thanks to their cooperation with the investigation and the extent to which evidence provided helped prove the existence of the cartel in which they were involved. Kiekert also received partial immunity for a 16-month period in its syndicate as it was the first company to submit compelling evidence that enabled the Commission to extend the duration of the second alleged infringement until 15 June 2009. The two companies also saw a 10% reduction in their final penalty total due to their acknowledgement of their actions. Brose was fined â‚¬3,225,000 while Kiekert took a â‚¬14,971,000 penalty. Ongoing investigations The European Commission has been conducting a series of major investigations into cartels in the automotive parts sector, and this announcement brings the total of fines issued to carmakers and suppliers to â‚¬2.17 billion. 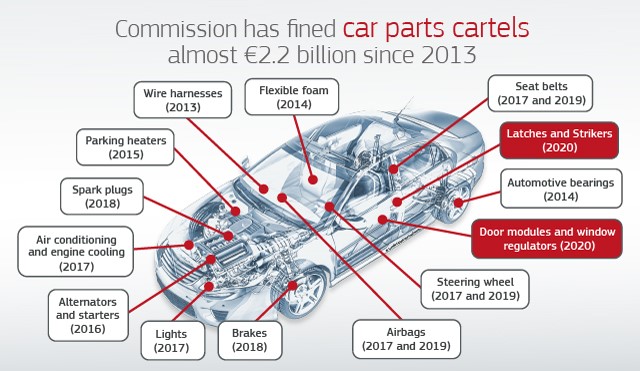 Source: European Commission Vehicle lighting producers Automotive Lighting and Hella saw a combined penalty total of â‚¬27 million for their part in the operation of a cartel, with Valeo, another participant, escaping sanction. Investigations have also taken place in the braking and spark-plug markets, as well as seat-belt and airbag markets. In March 2017, the Commission fined Behr, Calsonic, Denso, Panasonic, Sanden and Valeo a total of â‚¬155 million for their involvement in one or more of fourÂ cartels concerning air-conditioning and engine-cooling partsÂ supply. Since 2013, the EU has also investigated and handed out fines to companies for fixing the supply ofÂ wire harnesses,Â parking heaters in trucks,Â car seatsÂ andÂ bearings.
Companies Suppliers