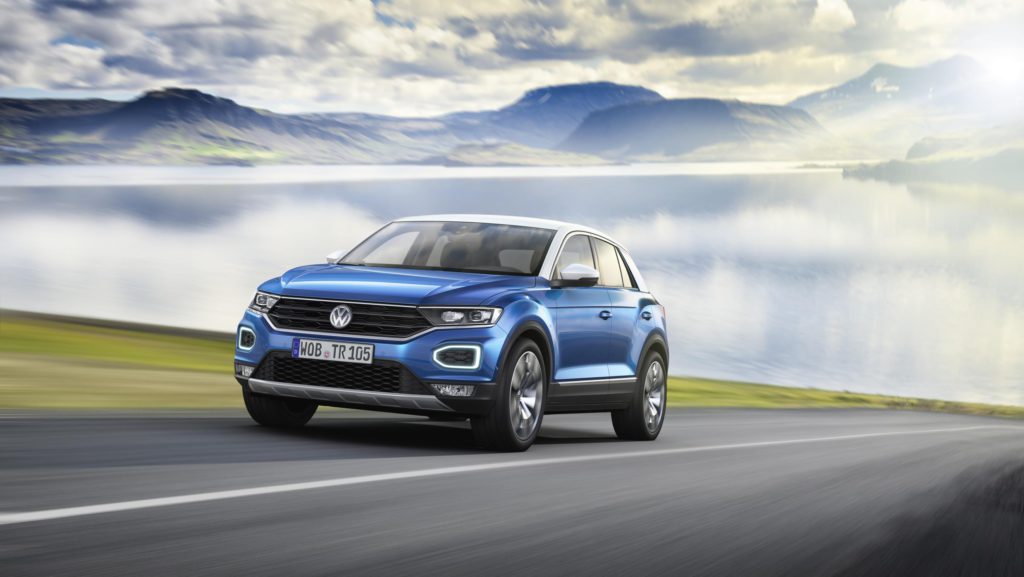 Volkswagen (VW) has launched its latest addition to its SUV family, with the T-Roc the newest model entering a booming and congested marketplace.

The new T-Roc is shorter than its sister model, the Tiguan, and will be priced at €20,000 on the German market, according to VW. Its size positions it as a compact SUV, a rapidly growing market in the industry. It offers front and rear-wheel drive options, alongside automatic braking at slow speeds as standard. Adaptive cruise control and autonomous traffic jam assist are available to buyers on the options list. There will be a range including three petrol and three diesel engines when it goes on sale in Europe in November 2017.

′With its functionality, dynamic handling and technology, the T-Roc embodies all good Volkswagen qualities and will give our SUV offensive added momentum,’ VW brand CEO Herbert Diess said at the car’s unveiling on 23 August.

The T-Roc will be built in Setubal, Portugal, for European markets and in Foshan, China. Nearly 80% of compact SUV sales are currently in Europe and China. VW estimates that industrywide sales in the segment will surge 65% in 10 years to 10.6 million vehicles. Diess said SUVs will eventually represent 40% of VW brand’s global sales, up from 15% now.

The T in the T-Roc’s name connects it to the Tiguan and Touareg while Roc comes from the English ′Rock,’ a word that helps to position the T-Roc as a crossover that combines the ‘dominance of an SUV with the agility of a compact hatchback,’ VW said.

The SUV market is booming, with both large and small manufacturers looking to capitalise on their popularity. The T-Roc will compete with the Nissan Qashai, Renault Captur, Opel Mokka and Toyota C-HR from mainstream brands, while Chinese owned MG has launched its XS model in the UK with plans to expand into Europe, while China’s Chery Automobile is plotting inroads with a new compact model it will unveil at the IAA Frankfurt show in September 2017.

VW is planning to expand its SUV line-up and will bring out seven new models in various markets by the end of 2018, with the expansion aimed at boosting its profitability, especially following the Dieselgate scandal which has dogged it since 2015. New models include a redesigned Touareg large SUV, due to be unveiled in November, and the T-Cross subcompact-sized crossover that will launch next year.

In addition, the company is planning a plug-in hybrid and an electric version of the T-Roc, as it looks to move towards a cleaner-emission future. Both of these variants would share a powertrain developed for the manufacturer’s Golf model.