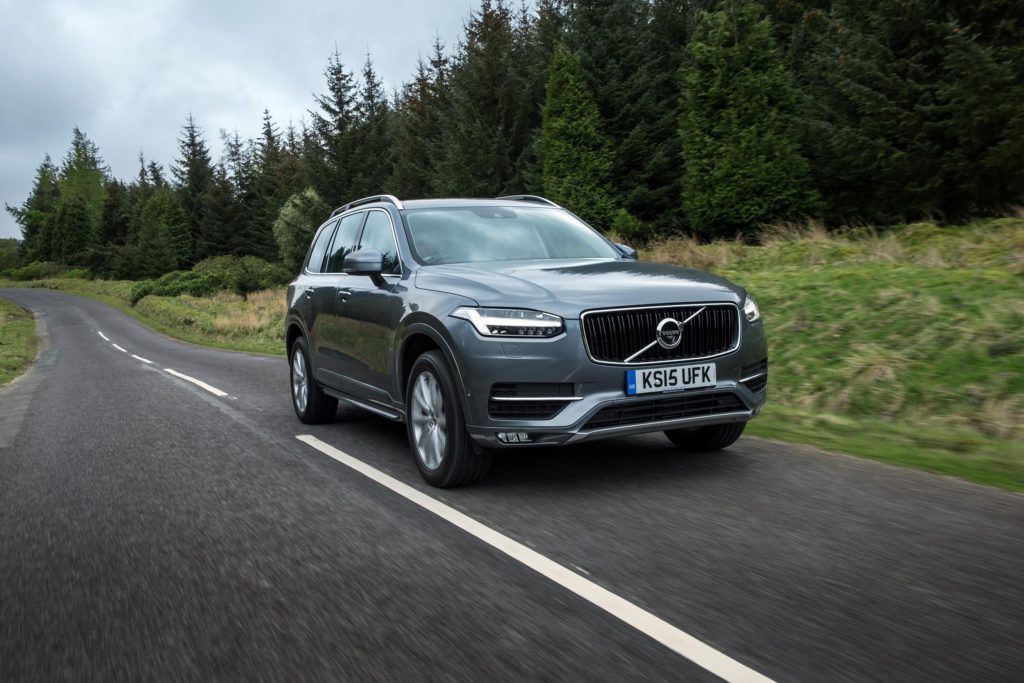 Volvo Cars and Swedish supplier Autoliv, including their software joint venture (JV) Zenuity, have announced an alliance with Silicon Valley chipmaker giant Nvidia to develop advanced autonomous systems. The partnership aims to enable Volvo to deliver its goal to launch its first autonomous vehicle by 2021. Nvidia is also undertaking a major project with Volkswagen Group, as Volkswagen looks to grow its artificial intelligence business to cover the whole mobility sphere from traffic flow optimisation to even robot-human collaborations.

This ′platform’ is a computing chip that can interpret in real-time what’s happening around the vehicle as it moves along, as well as precisely locate itself on an HD map and plan a safe path forward. In computational terms, this involves fusing together information from the sensors around the vehicle, and deep learning to interpret and improve in real-time to new situations. This platform will form the basis – the foundations – from which Volvo will build its own autonomous platform. This approach saves Volvo money, brings in expertise and support, and allows Volvo to bring its autonomous systems to market faster.

′This cooperation″¦ will speed up the development of Volvo’s own commercially available autonomous drive cars,’ said Hakan Samuelsson, president and chief executive of Volvo Cars.

The autonomous system makes use of deep learning – a form of artificial intelligence – to recognise what are each objects present in the car’s environment, and thereby predict their movements, predict the probabilities of potential threats, and thereby navigate safely. It combines this ′real-time situational awareness’ with a known high-definition map, which facilitates the planning and precise driving along safe routes, as well as adjusting to the ever-changing circumstances of the surrounding environment.

A main undertaking of the alliance will be to combine Nvidia’s artificial intelligence car computing platform with the advanced software developed by Volvo and Autoliv’s Zenuity.

Volvo has been working together with Nvidia on research and development for some time, and bringing in supplier Autoliv will help Volvo build the project into a production-level venture, ready for commercial deployment.

′It’s a natural progression,’ said senior director of automotive at Nvidia Danny Shapiro. He adds that since Volvo has been working with Nvidia’s chip hardware to develop its self-driving technology, preparing its autonomous driving system to be ready for production by 2021 will be ′an easy migration.’

Volvo previously worked with Nvidia and Autoliv on its Drive Me autonomous driving pilot programme with a fleet of 100 self-driving XC90 SUVs set to be unleashed on the streets of its hometown of Gothenburg, Sweden this autumn.

The software powering Volvo’s self-driving systems will be provided by its Zenuity JV with Autoliv; supplier Autoliv will also sell this autonomous software to other carmakers using its distribution network.

This powerful multi-specialist alliance is the latest in a long suite of partnerships which have been necessary to bring the complex ambition of autonomous cars – which spans multiple fields of expertise – to reality.

Volkswagen Group has also simultaneously announced its own highly ambitious strategy with Nvidia to grow Volkswagen’s competence in the field of deep learning, based at the Volkswagen Data Lab in Munich. It aims for AI to be a major new business area for the company, reaching far further than just autonomous vehicles out into the wider field of mobility services, which ties in with its new mobility brand MOIA’s algorithm development, as well as the broader urban and transport environment.

′Artificial intelligence is the key to the digital future of the Volkswagen Group. We want to develop and deploy high-performance AI systems ourselves. This is why we are expanding our expert knowledge required. Cooperation with NVIDIA will be a major step in this direction,’ said Dr Martin Hofmann, CIO of the Volkswagen Group.

Examples of problems the partnership are working on are systems to help optimise traffic flow in cities and urban areas. It is even working on the potential for intelligent human-robot collaborations.

It considers the new field of AI a ′robotic enterprise’ – in its words, using ‘auto-adaptive algorithms in corporate functions and processes such as those found in development, production, sales, finance, and quality assurance.’ Working with scientists, AI experts and universities, a team led by Professor Patrick van der Smagt at the Volkswagen Data Lab will be focusing in this particular area. The Data lab is the largest AI and data science team globally in the automotive industry.

Volvo’s Nvidia-Autoliv alliance follows in the footsteps of BMW with its even more powerful collaboration between leaders chipmaker Intel and autonomous vision giant Mobileye, as well as suppliers Delphi and Continental, as it aims to bring its iNext electric flagship to the world, also in 2021.