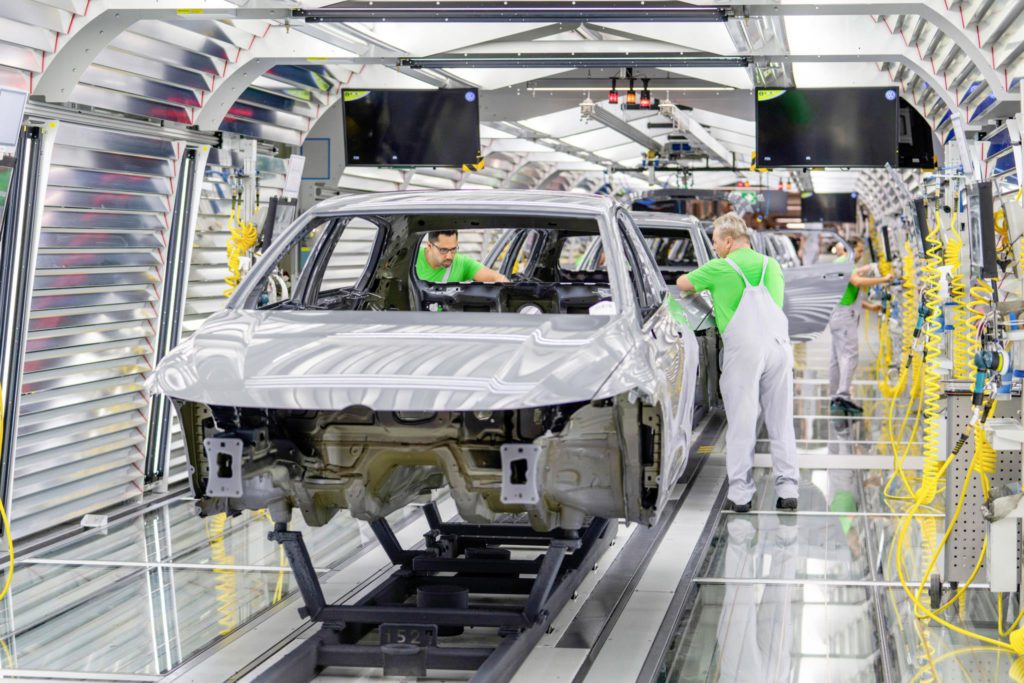 The Volkswagen (VW) Group has completed the first projects within its carbon fund, which is used by all its brands to finance their own climate protection ventures.

VW Group launched its carbon fund in February 2019, announcing it would endow €25 million into the project each year. In its first annual review, the carmaker revealed that it had saved around 170,000 tonnes of CO2 in 2019 alone.

Funds are available to brands for projects that save CO2, improve energy efficiency or otherwise save energy. In addition, the fund aims to accelerate innovation and strengthen new and existing business models.

For a project to receive support from the €25 million fund there is an essential factor: It should be scalable and transferable to many of the business’s sites.

The carmaker revealed that as part of the project, in nine of its production sites, a total of 33 measures were implemented to switch the lighting of the plant to energy-saving LEDs in certain areas, leading to the largest CO2 reduction of the year, 116,000 metric tonnes.

Another example at its plant in Kassel, existing refrigeration units were and are being replaced by so-called separation-circuit systems. So far, the carmaker has updated over 150 units. The new separation circuits serve to cool the machines and spindles, and considerably reduce energy consumption compared to the previous refrigeration units. Also, the heat input into the cooling water network is reduced by 23%, maintenance and service intervals are less frequent. In addition, it has been possible to ensure that in future all new plants will be equipped with separation-circuit systems from the outset. In 2019, the company also retrofitted 13 systems. This initiative resulted in a saving of 1,350 metric tons annually.

Finally, VW installed a load-dependent volume-flow control system at the Hanover paint line. The technology has been tested and can be extended to other sites in the next few years, the company said. The load-dependent control system saves around 1,200 tons of CO2 annually. In addition, further measures were implemented in this project, which will have saved a total of 1,800 tons of CO2 by the end of 2019.

Under its “goTOzero” mission statement, VW has set itself targets for reducing CO2 emissions of its fleet, which consists of almost 11 million new vehicles annually being manufactured in 122 plants worldwide.

From 2020, the company intends to reduce the CO2 emissions of its new-car fleet in Europe from 123g CO2/km in 2018 to 95g CO2/km, in line with EU emissions targets. VW could face the highest CO2-related fines in 2021 if they do not drastically reduce their average fleet emissions.