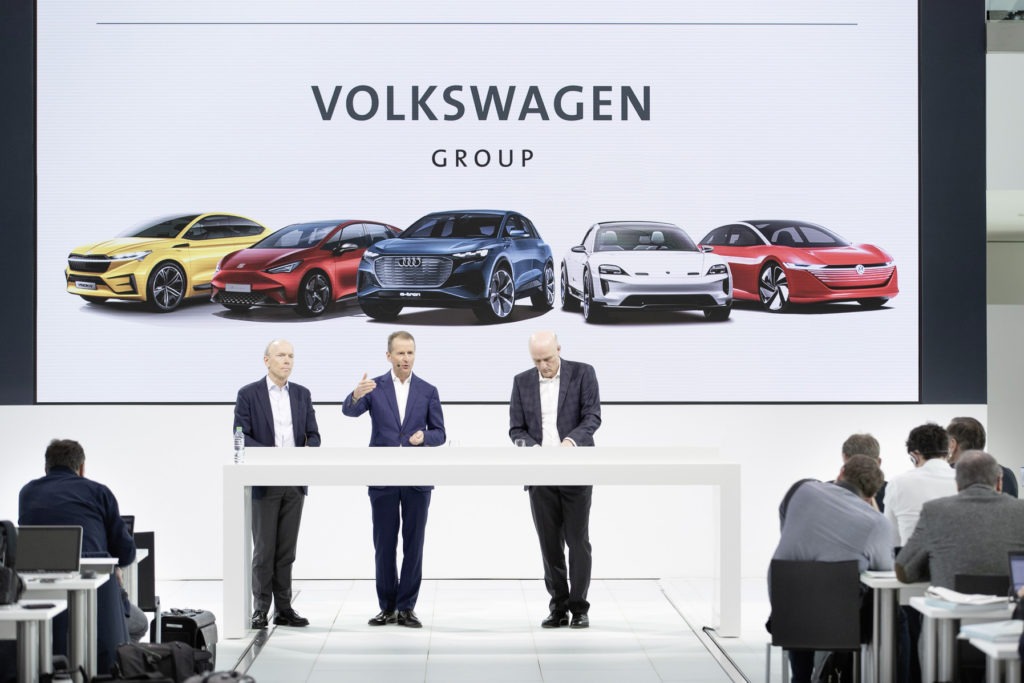 12 March 2019 Volkswagen Group has increased global electric vehicle (EV) production estimates but warns that the technology push will lead to job cuts. The group, including Volkswagen (VW), Audi, Porsche, Skoda and SEAT, now plans to launch 70 full-electric models over the next decade, meaning around 22 million EVs will be available. This is an increase on the 15 million units across 50 models the company originally planned by 2025. VW Group CEO Herbert Diess committed the automaker to a â€²fully CO2-neutral balance’ in all areas from fleet to production to administration by 2050. â€²Volkswagen is taking on responsibility with regard to the key trends of the future â€³â€ particularly in connection with climate protection. The targets of the Paris Agreement are our yardstick,’ Diess said in a statement at the carmaker’s annual press conference. The company plans to reduce average CO2 emissions from its new vehicles by 30% by 2025, and 40% by 2030, compared with 2015 levels, keeping the carmaker in line with new EU targets. There are also new aggressive financial goals to improve efficiency and performance across the company to pay for its future strategy. Diess said that the time for debate within the industry over the future viability of electric vehicles was settled. â€²In our view, there is no alternative to e-mobility over the next few decades. Political and social forces must join up to focus on transforming e-mobility to build up the critical mass and vital infrastructure.’ he commented. To accomplish this, Diess said societies globally have to give up coal and rely on CO2-free power. VW is converting its giant home plant in Wolfsburg from coal to natural gas, but that project will not be complete for several years. To support the electric offensive, LGÂ Chem, SKI, CATL and Samsung were selected as strategic battery cell suppliers. Given the constantly increasing demand, Volkswagen is also taking a close look at possible participation in battery cell manufacturing facilities in Europe. Job cuts The move to ramp up EV development will lead to job cuts, Diess said. â€²The reality is that building an electric car involves some 30% less effort than one powered by an internal combustion engine. That means we will need to make job cuts, and achieving this purely through fluctuation and partial retirement will be difficult.’ To cut costs further, the group has said that it will look towards partnerships, sharing its MEB electric vehicle platform. This has the added benefit of enabling EV development on a wider scale across the industry. The company has already announced a partnership with start-up e.GO, which is examining the potential for building a vehicle on MEB. Financial results VW Group released its full-year 2018 earnings in its annual conference, announcing that group-operating profit came in at â‚¬13.9 billion. However, operating profits across the group took a hit from investment in electric technology and the new WLTP procedure, which the German company found especially hard to navigate. The core VW brand’s margin slipped to 3.8%, down from 4.2% in 2017, while Audi’s profitability fell because of a â‚¬1.2 billion diesel-related charge and WLTP delays. The introduction of WLTP led to delays in production, which had caused a sales downturn, Diess said. â€²Audi was hit particularly hard. It will probably be the end of the first quarter before all variants are available again,’ he added. Diess warned WLTP will continue to cause problems this year but said they would be less extensive than in 2018. VW had increased test bench capacity and reduced model complexity, he said.