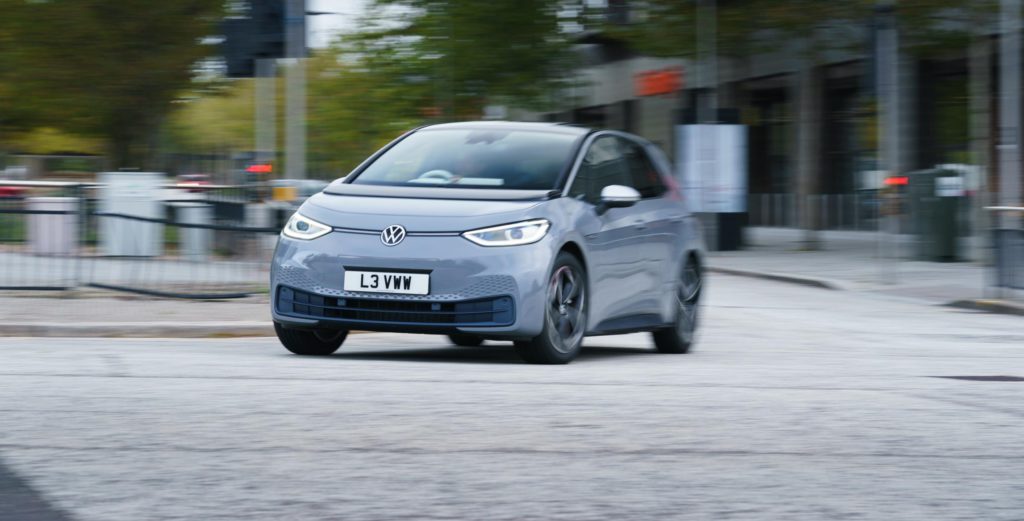 Christoph Ruhland, Autovista Group’s European sales director, has produced analysis that reveals that the Volkswagen ID.3 has a lower total cost of ownership (TCO) and better standard equipment than the Golf VIII.

Volkswagen (VW) commenced order intake for the new ID.3 battery-electric vehicle (BEV) in Germany on 24 November. At face value, VW’s first dedicated BEV model has a higher TCO than the latest generation of the Golf, largely due to the higher acquisition costs of the ID.3 as its list price (about €35,000) is significantly higher than the 1.5-litre petrol Golf VIII.

Depreciation is the largest single factor in calculating acquisition costs and Autovista Group has benchmarked the prices and forecast residual values of both the ID.3 and Golf VIII against key competitors. Acquisition costs also include taxes and finance. 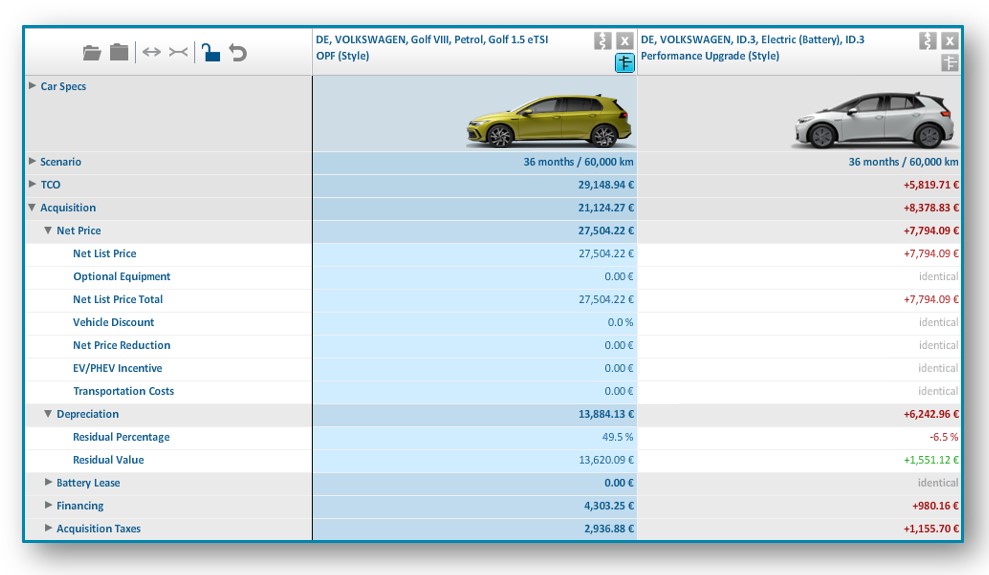 The higher acquisition costs of the ID.3 are partly compensated by the BEV’s reduced utilisation costs, due to lower spending on fuel, service, wear and insurance. As with all BEVs, service costs are lower than for cars with internal combustion engines due to the lack of oil, and components such as oil filters and spark plugs. In fact, the ID.3 only requires replacement of the brake fluid and pollen filter at regular service intervals. 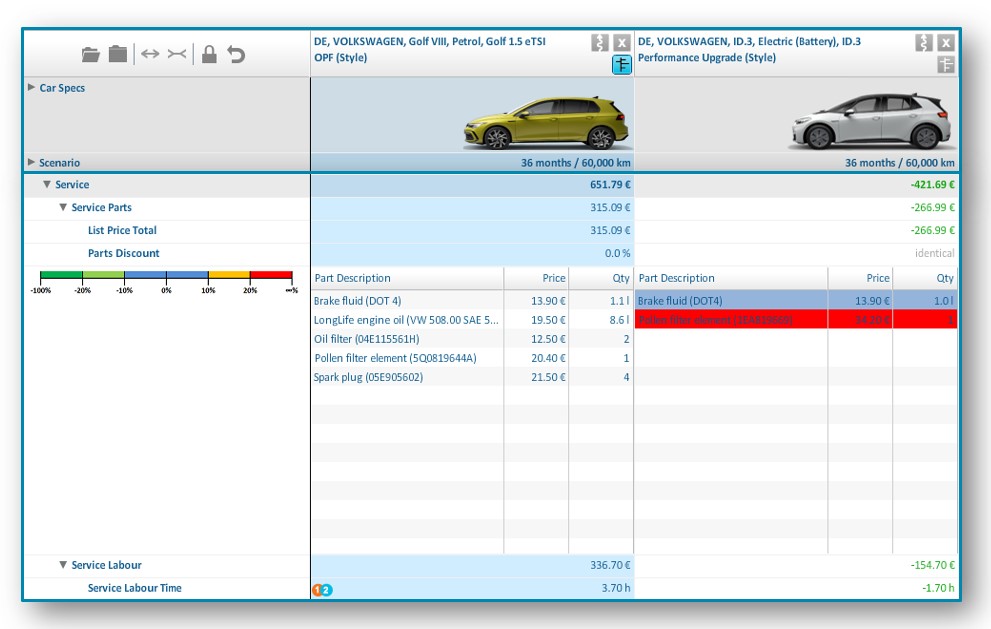 However, crucially, BEVs in Germany are subsidised with generous purchase incentives. The grant for BEVs costing less than €40,000 previously amounted to €6,000, split equally between the government and the carmaker. Since 1 July, the government has doubled its incentive (from €3,000 to €6,000) and in combination with the additional €3,000 contribution from VW, the acquisition costs of the ID.3 are about €1,400 lower than for the petrol Golf. In combination with the lower utilisation costs, the incentive-adjusted TCO of the ID.3 is about €4,300 less than the petrol Golf.

This aligns with Autovista Group analysis of C-segment models, published in June, which uncovered that BEVs are only TCO-competitive in European markets because of government incentives. In Germany, the additional €3,000 government subsidy since 1 July gives the ID.3 a significant TCO advantage over the Golf VIII.

Furthermore, it must be noted that the ID.3 has 204 horsepower and is therefore more powerful than the 150-horsepower 1.5-litre petrol Golf. The ID.3 also has better standard equipment, which Autovista Group has calculated to be worth about €1,800. 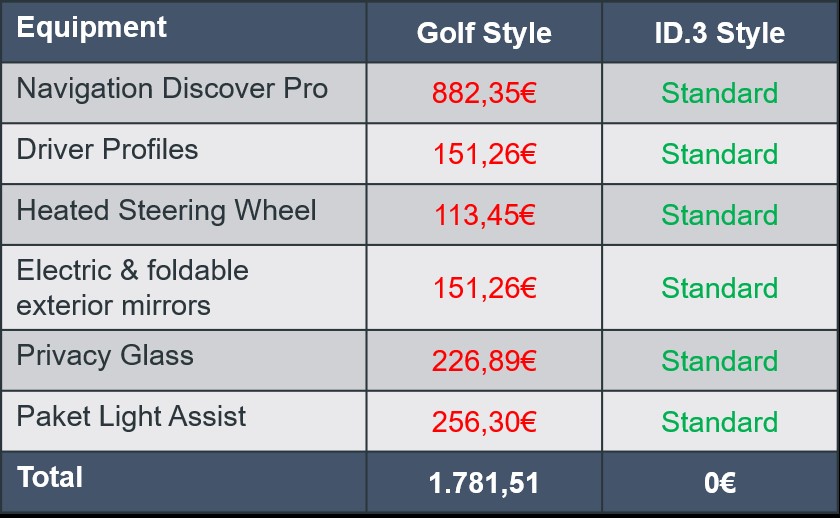 When this is factored into the TCO calculation, the ID.3, even without discounting, narrowly beats a Golf with a 20% discount. If the ID.3 gains a 5% discount, the TCO advantage would amount to €2.400.

This would leave enough change for ID.3 buyers to invest in a home charger for the ID.3, which costs about €2,000 in Germany, including installation. Chargers are also entitled to a government incentive in Germany, about €900, and so EV-friendly families could even buy and install two units with the cost saving. Maybe one for themselves to overcome charging anxiety and one as an extra source of income?