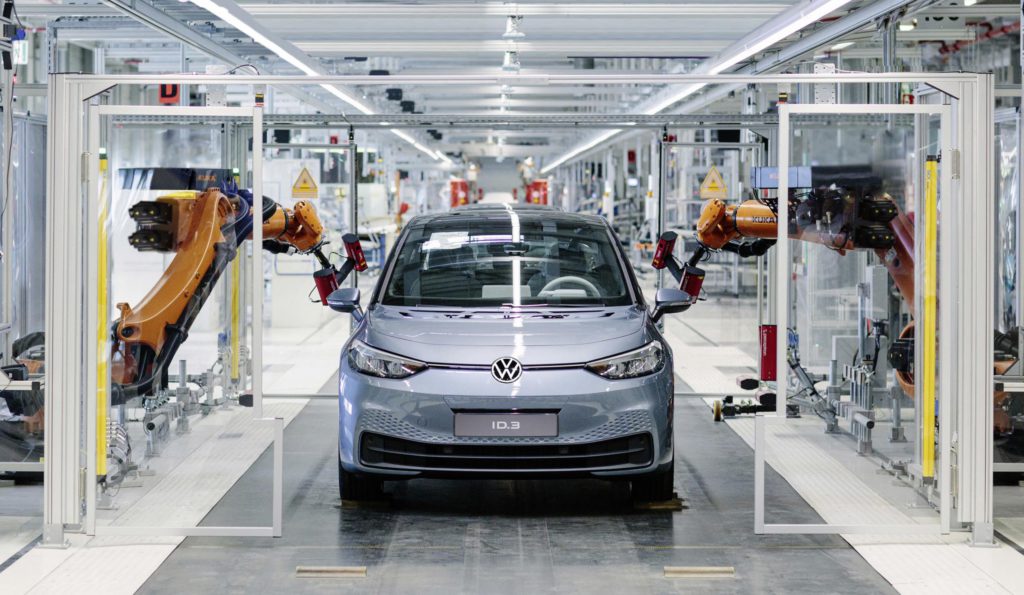 Volkswagen (VW) Group has announced an increased investment programme in future technologies as part of its latest planning round.

The German carmaker is to pump nearly €60 billion on hybridisation, electric mobility and digitisation over the next five years, amounting to slightly more than 40% of the company’s investments in property, plant and equipment as well as research and development costs during the planning period.

Around €33 billion of this figure is intended for investment in electric mobility alone, the company says.

″We will step up the pace again in the coming years with our investments. Hybridisation, electrification and digitalisation of our fleet are becoming an increasingly important area of focus. We intend to take advantage of economies of scale and achieve maximum synergies. In light of the worsening economic situation, we are also working on increasing our productivity, our efficiency and our cost base to secure meeting our targets,″ said Herbert Diess, CEO of the Volkswagen Group.

In its most recent planning round, VW Group executives also outlined the roadmap for the next 10 years. VW aims to introduce 75 battery electric vehicles (BEVs) to the market, along with around 60 hybrids across all its brands.

The number of projected BEV sales will rise to about 26 million, largely due to the addition of a year to the planning period to include 2029. Volkswagen is also planning to sell nearly six million hybrid vehicles by this time.

About 20 million of the e-vehicles planned through 2029 will be based on the Group’s Modular Electric Drive Matrix (MEB). Amongst this will be the next ID model, an SUV around the same size as the current VW Tiguan. This figure does not include any vehicles produced on the platform by Ford, which has an agreement to use it for its own vehicles, or by any future partner.

Most of the remaining six million vehicles will be modeled on the High Performance Platform (PPE) used by Audi and Porsche.

BEVs are scheduled to be produced outside Germany by the company’s plants in Mlada Boleslav, Chattanooga, Foshan and Anting. Others will be produced by German plants in Zwickau, which manufactures the ID.3, Emden, Hannover, Zuffenhausen and Dresden.