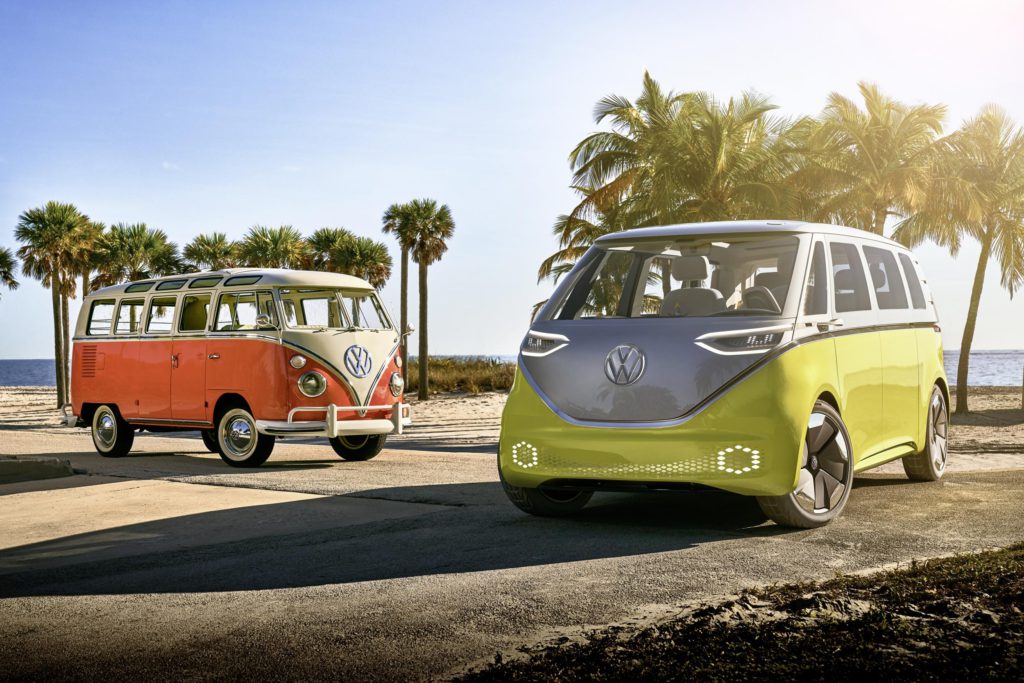 Volkswagen (VW) is to send its microbus-styled minivan, previewed at the Detroit Auto Show early in 2017 as a concept named the I.D. Buzz, into production as an electric vehicle (EV). The news comes as part of the German manufacturer’s push to market a wide range of EVs under the I.D. electric car sub-brand.

The concept is based around an update of the classic VW Transporter, and VW brand chief Herbert Diess told UK magazine Auto Express: ′Emotional cars are very important for the brand. We are selling loads of Beetles still, particularly in US markets. But we will also have the Microbus that we showed, which we have recently decided we will build.’

The production version will be based on the company’s Modular Electric Drive (known as MEB) platform, which was first shown at the Paris Motor Show in 2016, where the I.D. branding was launched with a compact car. The Buzz concept features an electric motor at each axle, which produced around 369bhp total, with a claimed range of 372 miles and an 80% recharge time of 30 minutes. It is unknown how these figures will hold up in the production version.

The concept version also featured extensive autonomous technology, which is currently not ready for use on roads in Europe, but is under development. The model is expected to arrive in showrooms by 2022, with multiple versions likely to be offered, and could include a camper and pickup truck version to tie in with the original Bus model of the 1960s. It will join the I.D. CROZZ, an electric SUV planned for launch in 2020.

Klaus Bischoff, Volkswagen’s head of design, commented at the reveal of the concept in Detroit: ′The I.D. BUZZ is not a retro design on 22-inch wheels; rather, we have taken the logical next step forward in development using what is in all likelihood the most successful design of its kind in the world. The entire design is extremely clean with its homogeneous surfaces and monolithic silhouette. The future and origins of Volkswagen design DNA combine here to create a new icon.’

VW has been criticised for reacting too slowly to the EV revolution, especially as it has been the central manufacturer in the Dieselgate emissions scandal. CEO Matthias MÜller was forced to defend the company’s strategy in May 2017, which includes a major EV offensive from 2020.