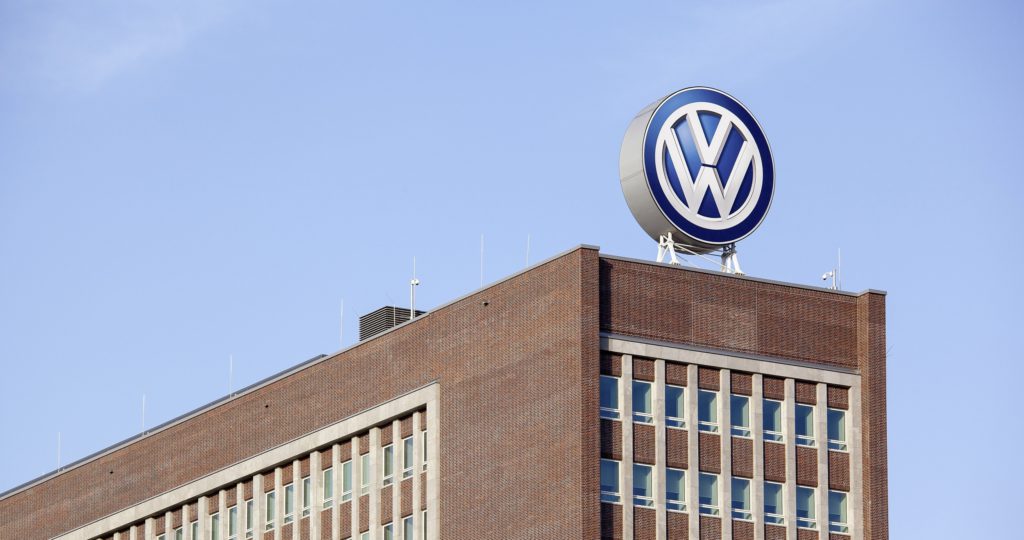 21 October 2019 The Volkswagen Group (VW) has outlined its plans to become net CO2-neutral by 2050, in line with its “goTOzero” environmental mission statement. VW is focussing on the electrification of its fleet to reduce CO2 emissions and has been developing the modular electric platform, MEB, since 2016. The carmaker’s first electric vehicle (EV), the ID.3, will be launched on the market in 2020 and has net CO2-neutral production as well as zero emissions. Start of manufacturing is scheduled for 4 November at the Group’s Zwickau plant. To coincide with the first sales of the ID.3, VW is also offering its customers electricity from renewable sources for battery charging and is rolling out a range of wall boxes. Customers will be able to charge their electric vehicles quickly and conveniently at home with the ID. Charger. Meeting emissions targets In the further course of its EV offensive, the group will launch almost 70 electrified models and aims to sell more than three million units annually. To produce these volumes, eight vehicle plants in Europe, China and the USA will be converted to EV production by 2022. Under its “goTOzero” mission statement, VW has set itself targets for reducing CO2 emissions of its fleet, which consists of almost 11 million new vehicles annually being manufactured in 122 plants worldwide. From 2020, the company intends to reduce the CO2 emissions of its new-car fleet in Europe from 123g CO2/km in 2018 to 95g CO2/km, in line with EU emissions targets. VW could face the highest CO2-related fines in 2021 if they do not drastically reduce their average fleet emissions. By 2025, VW’s production plants will cut the CO2 emissions per vehicle manufactured by 45%, compared to 2010, and the groupÂ´s carbon footprint will be cut by 30% per vehicle over the life cycle, compared to 2015. By 2030, the carmaker aims to reduce the CO2 emissions of its new passenger car fleet to 74g CO2/km, with its new-car fleet consisting of about 40% EVs. Representatives of European Governments signed off on a 37.5% reduction in CO2 emissions by 2030, based on 2021 levels, in December 2018. This is tougher than the original proposal of 30% but brought an end to discussions about the target in the EU parliament, which had been ongoing for most of the year. VW follows Volvo in planning to reduce emissions across vehicles and manufacturing. The Swedish carmaker is aiming to be â€²climate-neutral’ by 2040, and recently launched a plan to reduce its life-cycle carbon footprint by 40% between 2018 and 2025.
Companies Vehicle Manufacturers