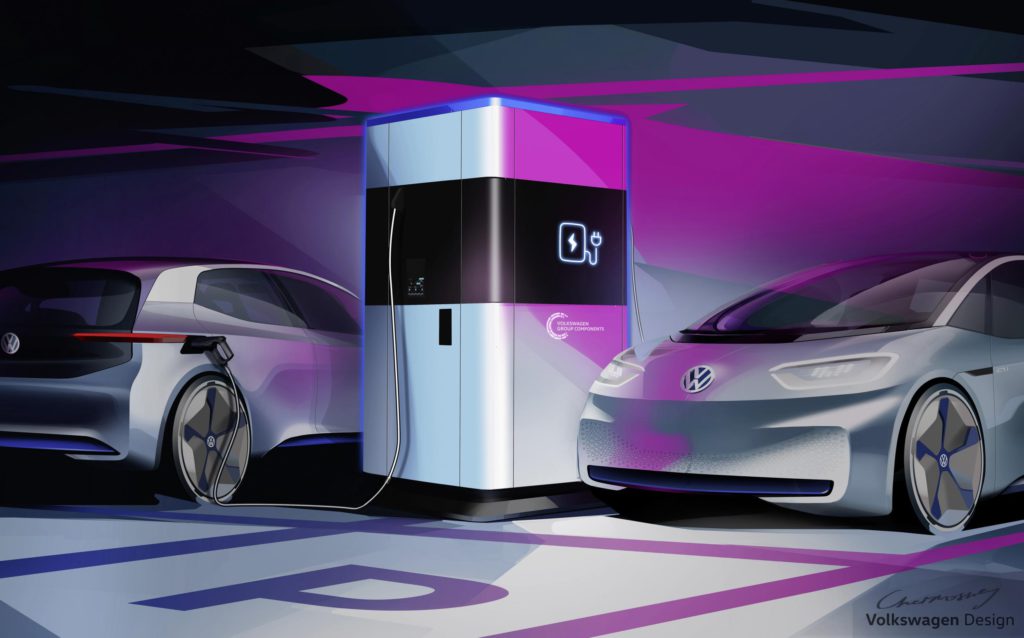 Volkswagen has unveiled a concept of its plans for a mobile quick-charging electric vehicle station, which it plans to set up in the first half of 2019.

The manufacturer says the device can be set up flexibly and independent of the power supply wherever it is needed: for example, in public parking lots in the city, on company premises, or as a temporary charging point at large-scale events. It works on a principle similar to that of a power bank for smartphones. 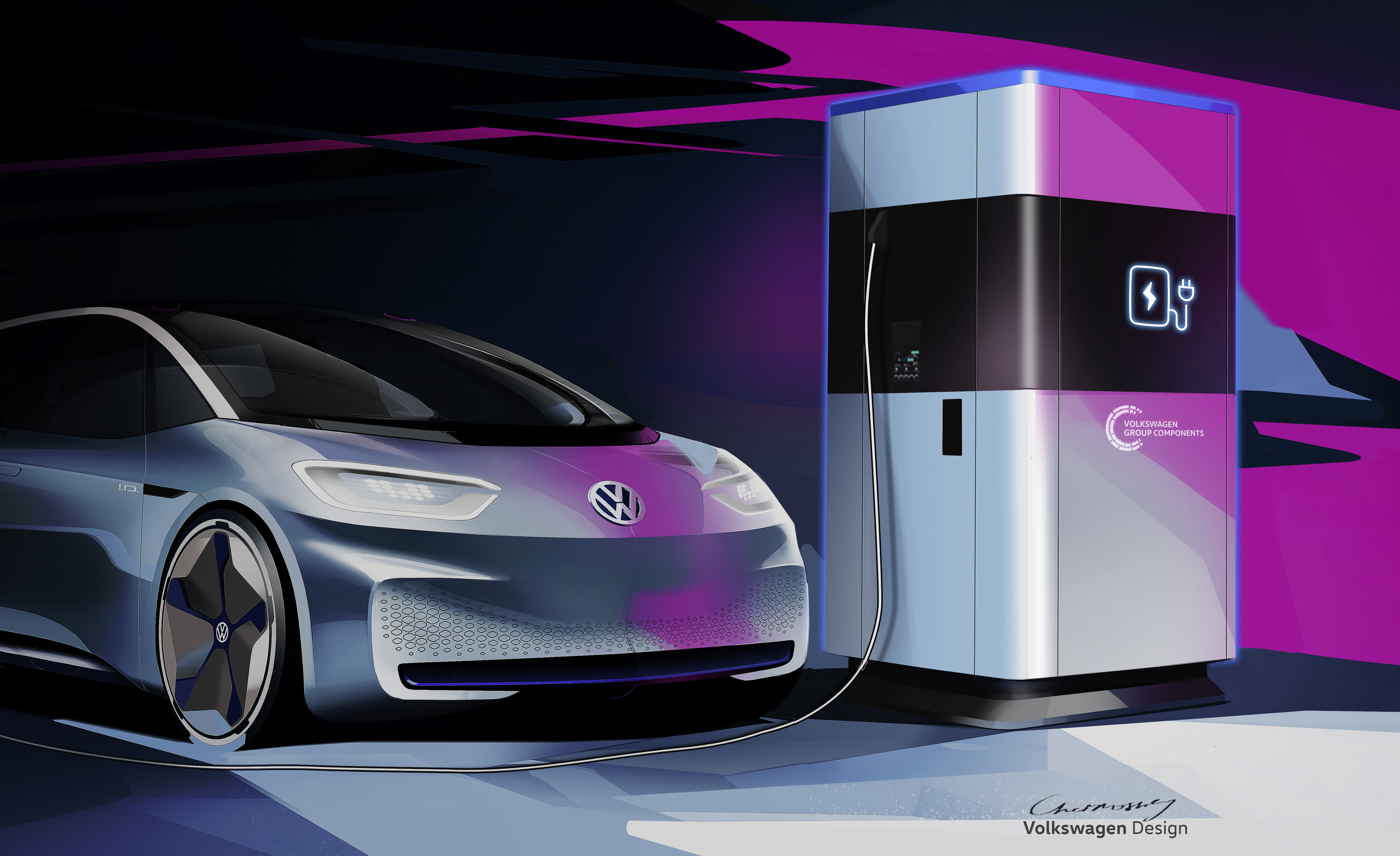 The charging capacity of up to 360 kWh enables up to 15 electric vehicles (EVs) to be charged in stand-alone operation. Thanks to quick charging technology, the charging process only takes 17 minutes on average. If the energy content of the integrated battery set is less than 20%, the depleted charging station is simply exchanged for a charged one. If, however, it is permanently attached to the power supply with up to 30 kW via alternating current, the battery pack perpetually recharges itself.

The first mobile quick charging stations will be set up as early as the first half of 2019 in Volkswagen’s hometown as part of a pilot project and will support the expansion of charging infrastructure in the urban area. As of 2020, the charging station will also be implemented in other cities and communities.

Thomas Schmall, Chairman of the Board of Management of Volkswagen Group Components, says: ′The mobile charging stations are a decisive step toward an efficient network of charging points. They can be set up anywhere as required – with or without connection to the power supply. This flexibility enables a completely new approach to the rapid expansion of the charging infrastructure. Cities can, for example, find out the most suitable places for a permanent charging point before making major investments in developing the network. Also, it will be possible to set up a large number of charging stations temporarily – exactly when and where they are needed.’

The mobile charging stations can be set up at defined points, for example, spread out across a city. The flexible locations can be easily found via the Internet or apps. Each charging station enables DC quick charging with up to 100 kW. In addition to electric cars, e-bikes can also be charged. Up to four vehicles can be charged simultaneously: two with DC and two with AC connections. The total battery storage capacity of up to 360 kWh is sufficient for up to 15 e- vehicles.

′Our mobile charging stations offer a further crucial advantage,’ says Mark Möller, Head of Technical Development at Volkswagen Group Components. ′It is only when an electric car is charged with sustainably generated power that it can claim CO2-neutral mobility. Our charging station is the first to offer the possibility of temporarily storing sustainably generated power.’ For example, the charging station can be charged specifically with solar or wind energy, which is then transmitted to the electric vehicles during charging.

In November 2018, vehicle rental firm Sixt invested in mobile charging firm Chargery. The Berlin-based start-up uses bicycles to travel to customers and plug into their EV. The charging unit is positioned on a trailer and uses renewable energy to give an EV battery full power in 4.5 hours from 3.7kW.