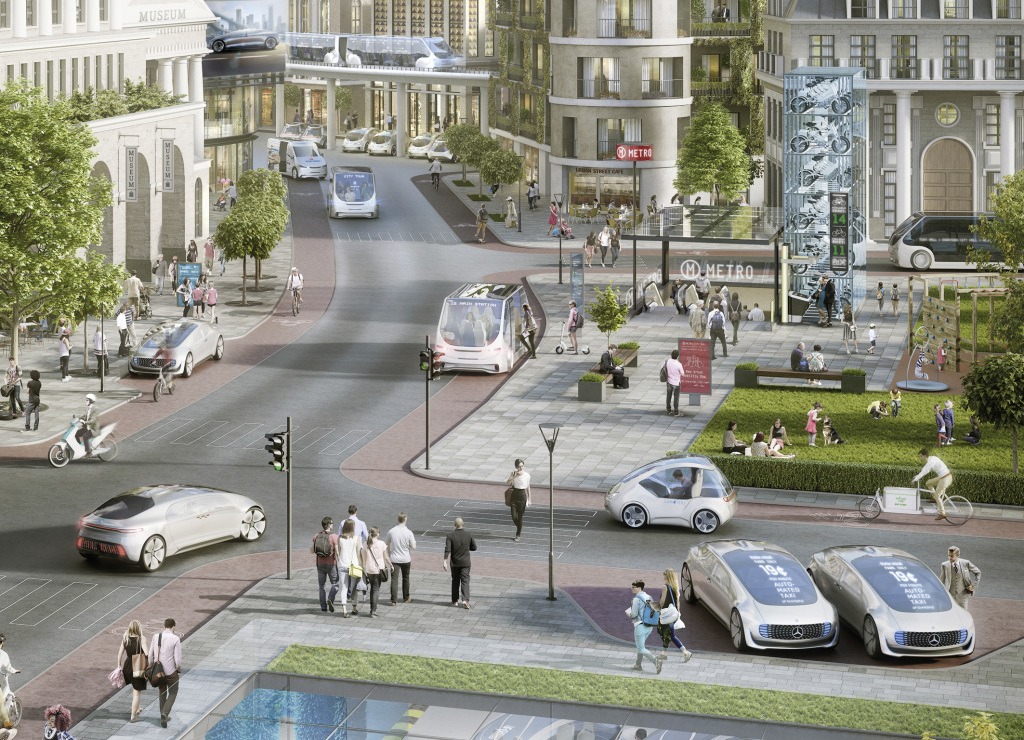 A clear sentiment from the recent IfA 2019 was that speakers were undecided on the powertrain technology of the future.

As an OEM, it pains to say something like this, given that for the past century OEMs defined the future by establishing a problem and tasking their engineers to solve it. That has fundamentally changed. The future is highly unpredictable with digitisation opening new entry gates, and electric powertrains are lowering entry barriers. Also there is a new view of the car being just another device where people consume entertainment and spend money (e.g. the Chinese electric vehicle  producer Byton claims that they do not build cars but a smart device on wheels), and new business and innovation opportunities are emerging around the autonomous vehicle. Delegates at the event considered the following hypotheses.

Twice as much public transport

Christoph Erdmenger, from the Ministry of Transport Baden-WÜrttemberg spoke about the ″fourth industrial revolution″. He claimed that, if we are serious about reducing CO2 emissions by 40% by 2030, we will have to say goodbye to the one-size-fits-all vehicle that takes me to my job, into a city centre and my entire family to a beach holiday.

With more and more people moving into metropolitan areas, the regional Ministry of Transport is working on concepts focusing on doubling public transport capacity compared with current levels. Every third vehicle will need to drive CO2-neutrally, we will need to walk and cycle more. In order to supply the needed space, the number of vehicles driving in a city must decrease by one third.

It is a challenge for OEMs not to have systematic and direct interaction and communication with their car buyers. JÜrgen Stackmann, responsible for sales, marketing and aftersales at Volkswagen AG, spoke about their past sales and marketing value chain set up in such a way that there ″should not be a systematic interface between Volkswagen AG and its customers″.

This sequential sales value chain must be broken up, according to Stackmann. VW calls it the magic triangle, or in other words an integrated sales approach, where all parties in the Volkswagen-proprietary value chain will need to play a specific and changing role. New dealer contracts will be in place by April 2020 and will start to reflect these new roles and responsibilities.

Dealers will no longer make deals

Stackmann also spoke about how new technology, digitisation, aggregators and competitors have increased pricing transparency for every customer. The current automotive sales system cannot survive in this new reality; it is ″self-depleting″. The value that is brought to the dealer and OEMs in the future will not come from one-time sales and a good haggle, but from creating services and customer brand experiences that tie the customer to the brand for a long time.

An ecosystem with continued customer touchpoints will be crucial. Stefan Quary, responsible for sales at Skoda Germany, agreed with the need to create an online sales and marketing value chain. He stressed the importance of offline experiences, such as test drives.

“The value that is brought to the dealer and OEMs in the future will not come from one-time sales and a good haggle, but from creating services and customer brand experiences that tie the customer to the brand for a long time.″

Peter Schwarzenbauer, member of the executive board of BMW AG, presented well-curated hypotheses on the future that serve as guideposts and drive decision-making and strategy at BMW. One of them, for which he obtained broad agreement from the audience, was that mobility is a basic need and due to the mega-trend urbanisation, the need for functional and efficient mobility will only increase.

A second hypothesis, that likewise resonated well, was that every company will need to strive for climate-neutral operations to be successful in the future.

Cluno co-founder Nico Polleti shared insights from the business model of car subscriptions, and started his presentation with the attention-grabbing statement that ″car ownership sucks″. Basically: flexible ownership models could be attractive for many customers and could become much more important. At Cluno a client can subscribe to a car (you do not know if it will be new or used) for a period of six months and can then switch to another model, pause the subscription, or cancel. Cluno’s target is the life-long customer relationship.

Polleti pointed out that the added benefit of flexibility outweighs the fact that a client may be driving a used car instead of a new car and pay the same price. There was wide agreement that leasing will become more important also in the consumer sector and that entry barriers to new technology are lowered by taking the ownership risk away from the driver. Therefore, we should expect that most BEV registrations will be under leasing arrangements. On the other hand, this means that asset risks largely remain at banks and OEMs but also at Cluno, which holds the entire asset risk for the cars in its fleet.

Free-floating car sharing is not profitable, yet

Several presenters challenged the business model of free-floating car sharing. There are several challenges to its profitability:

It could be argued that free-floating car sharing is inherently inefficient as it does not reduce the number of vehicles in a city, takes up parking space and it does not reduce the number of cars in a household (whereas research suggests that stationary car sharing actually does). Ola KÃ¤llenius, CEO of Daimler, did not comment on alleged profitability challenges of car sharing services like ShareNow. Combining Daimler Car2Go and BMW DriveNow into ShareNow can be regarded a sign that economies of scale are sought.

Uber-, Waymo- and Lyft-like ride hailing may have a future, but there are substantial challenges for the business model and none of the services operate profitably. Unless autonomous driving comes into play at levels 4 and above, ride hailing may end up being nothing more than a digital and somewhat cheaper alternative to cabs. It creates a price pressure for drivers that are often self-employed.

Autonomous driving – where the driver is actually replaced – is decades away or will be available only where there is very specific high-utilisation as the technology is very expensive. Examples of where autonomous driving could have a role include transportation at airports, on campus and at factories.

Professor Schuh, the founder and creator of the e.Go BEV, mentioned another critical birth defect of ride hailing, which may have been overlooked: cities will never allow Uber and the like to take up and load off passengers at bus stops and stations, which are critical access and switchover points for public transport. The reason is that cities need to scale and increase utilisation of public transport and cities will simply not tolerate cannibalisation at those crucial access points. Therefore, ride hailing in autonomous Waymos, Ubers, Lyfts is unlikely to take off any time soon and not in big and dense city centres that rely on high utilisation rates of public transport systems.