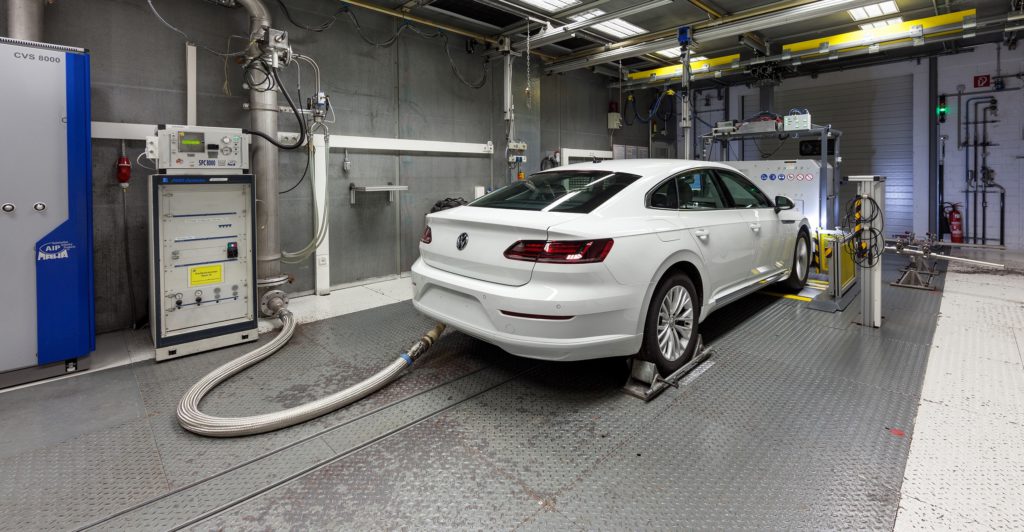 Autovista Group envisages heightened discounting and pre-registration activity in July and August as manufacturers seek to move on stock of cars that have not been homologated under WLTP. Although residual values of nearly new cars will be affected through pre-registration activity, the impact on 12-month values may be limited if new car supply is disrupted.

Even though manufacturers have scheduled production stoppages to implement technical improvements and to manage inventory levels, stock levels are still expected to rise. Registrations of model variants undergoing improvements to reduce their emissions – such as software changes, the addition of particular filters or selective catalytic reduction technology or even brand new engines – will be deferred until they have been type approved. Consequently, registration volumes across the European Union are expected to be affected from September, although they will recover as the backlog of model variants is tested and they are ultimately registered.

For any cars not registered by 1 September that have not yet gained WLTP homologation, registrations will have to be deferred. Alternatively, manufacturers will have to resort to pre-registering stock although any pre-registration activity is expected to be limited to model variants that do not comply with Euro 6c or better standards. As Yoann Taitz, Valuations and Operations Director at Autovista France, commented: ′At a tactical registration level, we expect some carmakers to register a lot of 0km cars due to the potential loss of sales.’

Manufacturers will undoubtedly continue to offer non-WLTP homologated models for as long as they are confident they can still be registered before 1 September, but there will be a cut-off point. As this point approaches, discounting could increase.

In the UK, manufacturers can derogate 10% of their 2017 sales volume (or 2000 units if this is higher). Jayson Whittington, Chief Editor at Glass’s, still expects that ′August registration figures will be the largest since the new style plates were introduced in 2001. Tactical registration activity is very much part of the industry in the UK and whilst dealers’ bottom lines are affected by this, many have built it into their used car strategies and are proficient at marketing and moving on the metal. Discounting is commonplace in the UK. We understand that consumers are currently experiencing enhanced discounts making the summer months a very good time to buy.’

In Spain, Javier Salgado, Director of Valuations at Eurotax, has noted that ′there is no news of an increase in promotional or discounting activity so far.’

The biggest impact on new car demand from September will be as a result of the deferral of registrations of cars needing type approval under WLTP. Another important consideration is price, with registration taxes in many EU markets being calculated based on NEDC-correlated figures (Germany will already use WLTP figures from 1 September). Given that these are typically higher than NEDC emissions figures, the tax burden on many cars will rise. In France for example, buyers pay an increasingly punitive ′malus’ penalty tax dependent on the official emissions figures. This ranges from €50 for a car which emits 120g CO2/km to a maximum of €10,500 for cars which emit 185g CO2/km or more.

Yoann Taitz highlighted two examples in relation to the malus in France: ′An owner of a car having a CO2 that has increased from 120g to 130g will see his 50€ malus now increase to 300€. There would probably not be any potential consequences for discounting or tactical registrations in this scenario. Now, let’s consider an MPV having a CO2 increase from 120g to 140g. From a 50€ malus, the owner would now face a malus of 1050€. This is significant. The customer could review his priorities and may choose instead to buy a recent used car in order to avoid paying the malus. This will obviously hurt the OEMs if they fail to hit their new car targets, and they may be tempted to offer a 1000€ discount. However, this is very variable from one situation to another.’

In Spain, registration taxes are structured by CO2 emissions bands of â‰¤120g/km, >120-<160g/km, â‰¥160-<200g/km and â‰¥200g/km. Numerous model variants could move into a higher tax band as a result of the new emissions figures, which would equate to a price rise of about 4%. Car buyers are expected to absorb these higher prices as NEDC-correlated figures are used to calculate vehicle taxation – and again after 1 January if WLTP emissions figures are used. There are no confirmed plans of changes to the car tax system in Spain but Salgado highlights that ′we [Spain] could face two waves of pre-registrations. The first one in August because of legal issues [cars that do not qualify for Euro 6c or better] and the second one at the end of December because of a potential taxation increase.’

Any pre-registration activity before September will naturally affect the residual values (RV) of nearly new used cars, albeit only for a short period of time. Yoann Taitz also points out that ′any increase in tactical registrations would impact 12-month RVs, as the number of used cars less than 12 months old would increase. With greater volume on the used car market, this could lead to a 12-month RV decrease.’

Increased discounting – both before and after 1 September – would also penalise RVs. ′It is harder to say how’ Taitz adds ′as it depends on the type of discounts the carmakers would offer; cash discounts do not have the same RV impact as discounts on a leasing offer or a higher buy back price on a used car.’

However, the impact on RVs may be reduced by the anticipated interruption to new car supply and delays in registering cars until they have gained WLTP type approval. Jayson Whittington commented that ′it could be the case that following disruption to production schedules due to WLTP, there could be issues with new car supply, which could lead to increased demand for the pre-registered cars. This could negate the issue.’

Finally, Andreas Geilenbrugge, Head of Valuations & Insights at Schwacke, adds that ′we expect the pre-registered vehicles (starting in July but more in August as a ″last minute″ activity) harming standard used cars since they are becoming attractive pricewise to customers that usually buy two to four year-old cars. These probably highly discounted offers will reduce the number of customers for leasing buy-backs. This adds volume pressure on the already all-time-high OEM registration share of currently close to 10% of the German market.’