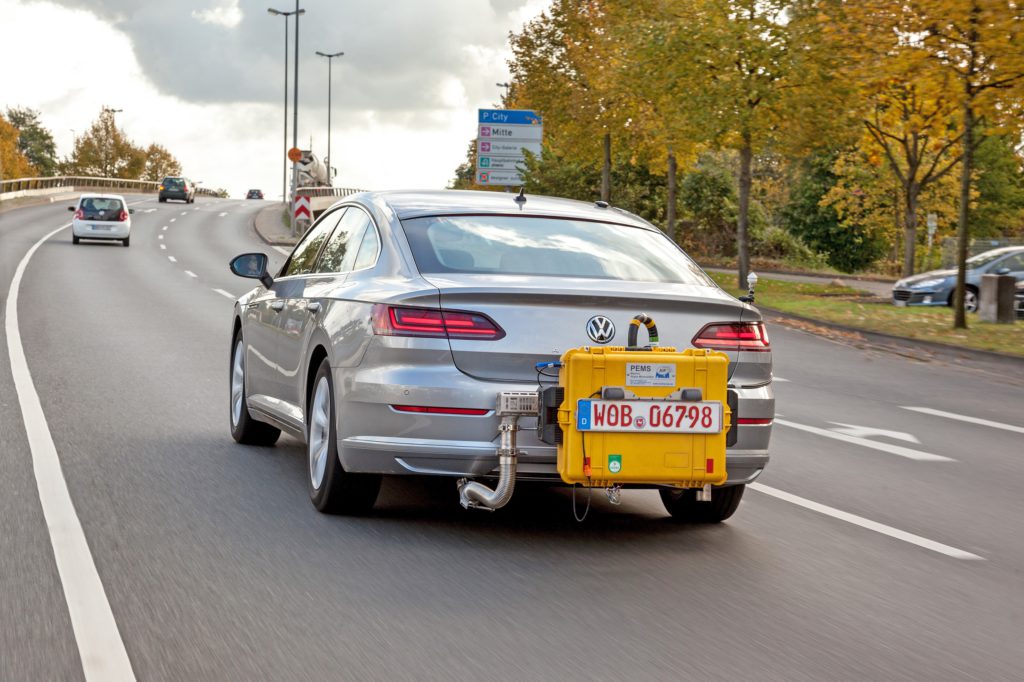 Almost six months after the implementation of WLTP across the EU, new car registrations are still being disrupted as the supply constraints are easing. Residual values (RVs) have also been affected and the impact is far from over. Autovista considers the impact on new car registrations and RVs in the short and long term in the EU5 markets as well as the implications for leasing companies, OEMs and fleet managers.

The implementation of WLTP across the EU in September 2018 resulted in a spike in registrations in August as non-homologated cars were either sold at a discounted rate or pre-registered. Demand then slumped in the final four months of the year in many markets because of supply constraints as OEMs reengineered many models and/or sought homologation for any that had not yet achieved WLTP compliance.

The exact time frame as to when these affected cars would be homologated and supply restored was always an unknown quantity but the performance of the UK and German car markets in particular in January suggests that affected models are now filtering through.

UK new car registrations only contracted by 1.6% year-on-year in January, which is an exceptionally healthy result given the trading environment as Brexit uncertainty continues. Similarly, new car registrations fell by 1.4% in Germany in January but were boosted by growth in the volume and market share of diesels as WLTP-induced supply constraints eased. Diesel sales suffered double-digit declines in all the other EU5 markets.

Andreas GeilenbrÜgge, Head of Valuations & Insights at Schwacke (Autovista Group’s division in Germany), comments that ′taking a closer look into the details of new car registrations in January 2019 compared to 2018, the current situation seems still massively influenced by WLTP even though it’s not apparent at first glance. The moderate total loss versus January 2018 of 1.4% is a result of quite disruptive changes especially for VW Group brands.’

The core VW brand enjoyed a massive 37% (~7,200 units) surge in diesel registrations in January as the availability of numerous models has been improving whereas registrations of petrol VW cars fell by 31% (~10,400 units). GeilenbrÜgge highlights that ′since this is spread across all channels, it is obvious that the WLTP impact on supply is the reason behind it.’

Spain has an emissions-based tax structure and so should also be benefitting now the WLTP-induced supply constraints are easing. However, new car registrations fell by 8% year-on-year in January and diesel sales plummeted by a staggering 36%. This suggests that there is a lag in the newly homologated models flowing through to the Spanish market and that it will benefit more in February and March. New car registrations data support this assumption as the Volkswagen (VW) brand, which has been adversely affected by WLTP, were 19% lower in January than a year earlier, In Germany, however, registrations of new VW cars only fell by 6.5%.

This lag effect is also expected in the other ′heavy-impact tax regime’ markets among the EU5 – France and the UK. The impact of this phenomenon is especially intriguing in the UK as the deferred registrations will artificially inflate the new car market and mask any underlying downturn in demand as the UK prepares to leave the EU, which is still planned for 29 March. In France, new car registrations only fell by 1.1% year-on-year in January and were undoubtedly buoyed too although French manufacturers have been less affected by the WLTP homologation issues. Diesel sales fell by 18% in January but this is also following the introduction of rising prices for diesel fuel and the ′yellow vest’ protests.

In Italy, the tax regime is not (yet) emissions-based and so the market has been far less disrupted by the implementation of WLTP. Conversely, the current improvements in supply have not provided a boost and new car registrations fell by 7.5% in January as the Italian economy has fallen into recession. This is despite buyers bringing forward their purchase of (predominantly petrol) cars with CO2 emissions over 160g/km as these will be financially penalised with the introduction of the new tax regime in March. However, cars with CO2 emissions of 70 g/km or less will benefit from a bonus under the new system and so many buyers of the most environmentally-friendly cars are delaying their purchase.

The upward trend in the stock volumes of young used cars due to the implementation of WLTP in September 2018 understandably had a negative impact on their advertised prices. A normalisation of prices is now expected as the high volume of pre-registered stock clears the used car market and new car supply recovers. However, there could be a possible cascading down of RV losses from young used cars to one year old cars and Autovista’s RV data suggests that this has already happened to a certain extent. For example, average RVs in the 12month/10,000km scenario were lower in December 2018 than in September 2018 in all the EU5 markets.

Autovista has also developed a view on the impact of WLTP on residual values in the EU5 in the longer term. We have divided the analysis between the ′heavy-impact tax regime’ countries of France, Spain and the UK and the ′low-impact tax regime’ markets Germany and Italy. In Germany and Italy, where the implementation of WLTP had little and no impact on new car prices respectively, Autovista assumes that RVs will not be greatly affected.

However, where there has been a change in prices before and after the implementation of WLTP, it is expected that the lower pre-WLTP new car prices will set the level of RVs. This is because used buyers will be unwilling to pay a premium for a car first registered in September 2018 compared to the same car registered in August 2018 for example. A price premium would still be expected in the UK but more so because of the age-identifying number plate switch from ′18′ to ′68′ than because of the increased purchase costs due to the greater tax liabilities incurred by using the higher WLTP or NEDC-correlated emissions figures than those recorded under the old NEDC test.

Ultimately, prices and operating costs have already increased but RVs will be dictated by the level of pre-WLTP cars and will only rise when these cars are no longer available in the used car market.

Many models that previously sold well within a country are now subject to higher taxes and are increasingly pushed into markets where CO2 has less impact – such as Germany and Italy, but also beyond Europe. Given this, leasing companies should seek to improve their cross-border sales capabilities. Leasing companies also need to check that their portfolio aligns with the changes in demand as a result of WLTP and adjust their rates accordingly. For example, downsized engines and hybrids that performed well under the old NEDC test will be less in demand as they are now penalised due to their higher WLTP (and, in turn, NEDC-correlated) figures. Conversely, BEVs stand to benefit.

In markets with emissions-based taxation, OEMs need to optimise their ″business trim″ levels for the lowest possible CO2 emissions and should exclude unnecessary equipment in packages. They also need to equip dealers with tools to show the impact on tax liabilities of options in order to help buyers make the right purchase decision.

Fleet managers should now have clarity on the tax implications on models in markets and should be adjusting their policies accordingly. As with leasing companies, they may also need to encourage downsizing of cars and highlight the impact of options on tax liabilities.