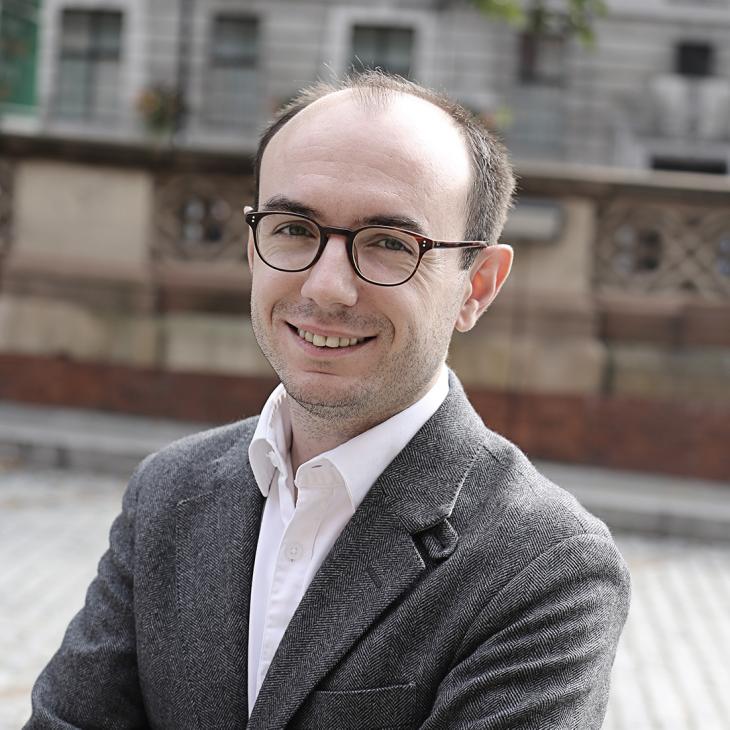 We spoke to Samuel Keates, Director of Specifications at Autovista Group, about the impacts WLTP is having on numerous areas of the industry and how Autovista is aiding in the transition.

What is your role within Autovista Group?

I’m the Director of Specifications for Autovista Group and am responsible for the group-wide standards for our data. Currently I’m particularly focussed on WLTP.

What is WLTP and why is it significant for Autovista Group?

The Worldwide harmonised Light vehicles Test Procedure (WLTP), is the new fuel consumption and emissions testing scheme being adopted in the European Union. It’s initially for passenger cars but will be extended to light commercial vehicles next year. It’s a tougher test cycle and is more sophisticated than the previous test, NEDC.

In particular for us, the volume and complexity of the consumption and emissions data from WLTP is orders of magnitude greater than under NEDC: whereas before a standard vehicle was reported, under WLTP each vehicle produced must have its own unique consumption and emissions data calculated based on the exact specification and equipment level chosen by the buyer. As emissions levels can have significant impact on tax rates, knowing before the car is ordered what the eventual emissions level will be is very challenging.

What is the biggest area that WLTP is impacting?

WLTP can affect anybody who is concerned with fuel costs or emissions, which as you can imagine is pretty much everyone involved in the automotive industry. But the main groups are: OEMs, Fleet/Finance, Dealers and Consumers.

OEMs: For manufacturers the new system means that all cars going into production have to be WLTP compliant before September 1, or they risk being unable to register them. This is a complex endeavour because of the scale at which this transformation has to take place, it’s a major disruption.

Fleet/Finance: These companies will be using NEDC today, however with WLTP vehicles receiving both a set of WLTP figures and a set ′calculated’ NEDC figures for compatibility with existing tax systems and emissions targets. Fuel and emissions levels are typically 5-10 percent higher with these calculated values. This means that tax levels have already increased as a result of WLTP, as most governments have not made any compensation for the higher test scores. For context, in Spain an increase of 1 gram of CO2 can up the price of a vehicle by nearly 5%.

Dealers: The need to sell stock before the September 1st deadline will mean extra discounts and pre-registrations in August. In the UK dealers are mostly used to tactical registrations, but in Europe it will be less predictable.

Consumers: It’s simply a matter of confusion with most buyers, many of them will not know what NEDC is and therefore will be unaware of the impact that WLTP will have. It hasn’t really been given as much attention as it deserves in terms of educating those who are not in the industry.

What is Autovista doing to advise the industry?

The biggest complexity in WLTP is the fact that any and all options added to a vehicle constitutes a new consumption and emissions calculation, meaning it can be very difficult to easily work out what your costs are going to be because of WLTP.

To this end we have created a WLTP service, in which users can include any and all add-ons to a vehicle, using data from OEMs, in order to calculate an accurate WLTP score and the associated costs. This is useful to OEMs, Fleet, Finance, Dealerships and Consumers because it creates clarity when predicting WLTP scores.

This of course comes with a complete upgrade of our other services to accommodate for the changes brought by the new regulation.

Is there an area in which WLTP is making waves but is being generally overlooked?

I think taxation could be quite an interesting area of discussion, because obviously across the EU we have this blanket system for testing but each nation taxes very differently. For example, Finland has gone all in on taxing based on new WLTP figures, but other countries are ignoring the WLTP results and using the NEDC equivalents, I think a lot of nations will be looking to Finland to see how WLTP implementation works.

Each taxation scheme will have to be quite bespoke to the new system, which is very different to how we typically tax things in the UK, we like to keep things simple. The reason for this is that there are a variety of quirks in the new system that have to be accounted for. For example, there is something we called the ′power paradox’ where inefficient, powerful cars are actually getting better WLTP scores when compared to their NEDC results. Inversely lower powered, emissions-friendly vehicles are actually not performing as well on the test. If this isn’t accounted for within taxation then governments could be encouraging the sale and use of less environmentally friendly vehicles.

There are many concerns surrounding the new system, but when do you think it will become the new norm?

I think by 2022 it will be the new norm, that’s when all the correct systems will be in place to utilise WLTP. That’s for new cars, however the used car market will always have the problem of having to convert NEDC scores to WLTP. It’s hard to say how this will impact sales.

Germany and Finland are going in on WLTP immediately, several other markets are expected to follow in January 2019, but I would say there is no great rush to do so. For countries it could be best to wait and see how schemes play out in the rest of Europe, then implement their own.

Finally, what’s your dream car? One for every day and one for weekend drives.

I’d have to say a Range Rover for every day, preferably with the 4-seat option. It looks great, it drives well and there’s something about a Range Rover on UK roads that just looks ′right’, it’s almost like how things should be.

As for weekends, I think a Lamborghini Aventador would do me. It’s great sounding, looks fantastic and what I love most about it is that it’s got a single clutch transmission, so you can really feel the gear changes.