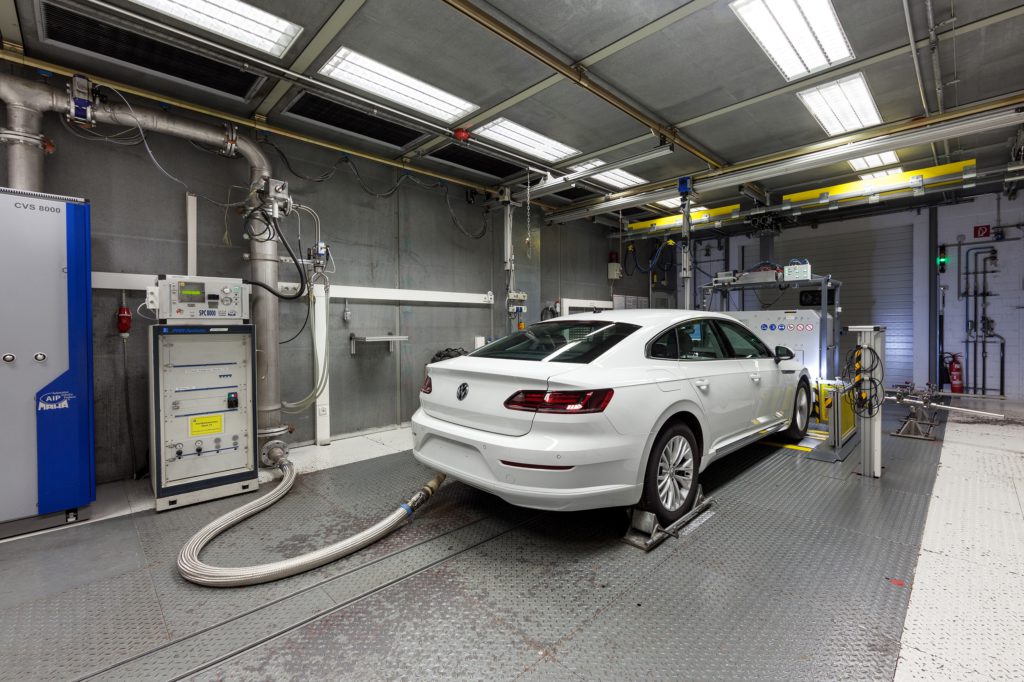 The looming WLTP deadline was responsible for a 25% surge in German new car registrations in August compared to the previous year. Although it’s not clear how much of this additional volume was non-compliant stock that was discounted and sold and how much volume was pre-registered, Autovista has identified that the combination has already resulted in a downward trend in the average advertised price for young used cars. Andreas GeilenbrÜgge, Head of Valuations & Insights at Schwacke, Autovista’s German arm, comments that ′After the stability of the past few months, we expect additional pressure on diesel vehicles as well as a slowing, possibly even negative impact on values of young used petrol cars.’

Boom and bust in registrations

The surge in registrations in Germany in August was mirrored across the European Union and ACEA itself has stated that the: ′most likely explanation for this exceptional growth, is the introduction of the new WLTP test that applies to all new car registrations from 1 September 2018. Hence, some auto manufacturers offered pre″WLTP vehicles at extremely attractive prices.’

The German Motor Vehicle Authority, the Kraftfahrtbundesamt (KBA), reports that 316,000 new cars were registered in August, an increase of +24.7% year-on-year. Automobilwoche has suggested that new car registrations in Germany were boosted by about 20,000 units in July and 50,000 units in August as a result of the implementation of WLTP.

Registrations by private buyers only increased by 4% year-on-year in Germany in August but the trade, manufacturer and rental sales channels, which can be actively controlled by manufacturers and importers, show massive abnormalities. Monthly peaks can occur when a new generation of a volume model first hits the market or if a completely new model is launched as demonstration and rental examples cause statistical spikes. But when looking at the details, it becomes clear that in August 2018, this phenomenon only accounted for about one sixth of the volume and that there were comparable volumes of new models in the previous year.

Cumulatively, the three ′tactical registration’ channels were still slightly down on last year in the year to July but this turned into positive cumulative growth in August with a 52% increase y-o-y in the month. In absolute terms, more than 46,000 additional vehicles came to the market through these tactical channels in August compared to the same month in 2017. Detailed KBA August registrations data by channel reveal that car rental companies registered 28% more cars than in August 2017, suggesting they may have taken advantage of the discounts available on outgoing non-WLTP compliant stock. Moreover, registrations through the trade channel surged by over 80%, suggesting this channel has absorbed the unsold non-WLTP compliant stock.

Alternative powertrains have not escaped unscathed as they also have to undergo WLTP testing. Accordingly, stocks of hybrid cars that only meet the Euro 6b standard also had to be registered before 1 September. Registrations of hybrids soared by a phenomenal 85% in August (tactical registrations increased 77%) and some vehicle manufacturers who offer PHEVs are halting sales of the models in Europe in the wake of the introduction of WLTP. Under the new emissions testing regime, PHEVs are tested differently than under the previous NEDC procedure. This means that the effect of the fully-charged electric battery has been reduced, which has pushed crucial CO2 emissions figures above 50 grams per kilometre. This, in turn, means they lose the tax benefits gifted to ultra-low emission vehicles in certain countries.

Matthias Schmidt, an analyst for Sweden’s AID automotive research company told Automotive News Europe that; ′In Germany, many plug-in hybrid models have fallen out of the category where they qualified for the €3,000 subsidy.’ Schmidt added that ′in most cases, automakers will need to fit a bigger battery into the vehicle to keep the tax benefits.’ Adding a larger capacity storage unit to the PHEV would allow it to drop below the crucial CO2 target. However, the cost involved in doing this, including sourcing of the technology and modifying vehicles to take the bigger unit and accept the charge and power through various components, could prove to be too much in comparison to discounts offered by governments and smaller sales compared to petrol vehicles.

At the brand level, most manufacturers increased their tactical registration volumes in August compared to a year earlier and for several it more than doubled. In two extreme cases, volumes even increased fivefold and tenfold. Nevertheless, some manufacturers have not had to resort to discounting and/or pre-registering vehicles and according to KBA data, total registrations of some brands actually fell in the month of August. As far as new car demand is concerned, normalisation will occur as models gain WLTP homologation and Autovista assumes that this will happen by year-end for most models.

Schwacke Managing Director, Thorsten Barg, has commented that, ′In our view, WLTP is not just a new car or data issue, but is causing turbulence in many areas, including the used car business.’

Andreas GeilenbrÜgge, Head of Valuations & Insights at Schwacke comments that ′With regard to the used car market, these results have different implications. First of all, this growth in registrations should not be misinterpreted as ′demand’ or ′success.’ A large proportion of these vehicles now have to be marketed through the trade, often with financial support from the manufacturer or importer. The goal will be to get these additional volumes off forecourts before the end of the year. These relatively cheap very young used cars will come under price pressure as a group but will also be attractively priced alternatives for older used cars such as one-year old company and rental cars that have been de-fleeted.’

Autovista has already identified a downward trend in Germany in the average advertised price for young used cars, i.e. cars that have entered the used car portals in the previous three months, since the end of July as a result of the discounting and tactical registrations activity that has occurred. Similarly, there has been an upward trend in stock volumes of cars advertised on the leading portals aged 0-3 months. As the highly inflated tactical registrations of new cars in August continue to filter through to the used car market, volumes will rise further and prices will come under greater pressure in the short term. Used prices of pre-registered examples of some model variants that are currently not available new as they await WLTP homologation may prove more resilient but this will be the exception rather than the rule. Prices are broadly expected to normalise by the end of the year after pre-registered stock is cleared and new car registrations suffer as models still await WLTP homologation, as occurred already in Germany in September.

GeilenbrÜgge added that: ′On average, stock days will probably come down with the significant increase in volume as numerous young vehicles appear, dragging down values depending on the age segment. Prices are expected to gradually decline and stock days will rise again towards the end of the year. What proportion of vehicles will be sold abroad and what will become of the unregistered stock that has been parked up, remains to be seen.’

Autovista is closely monitoring used car prices and volumes and will report on developments as they unfold.