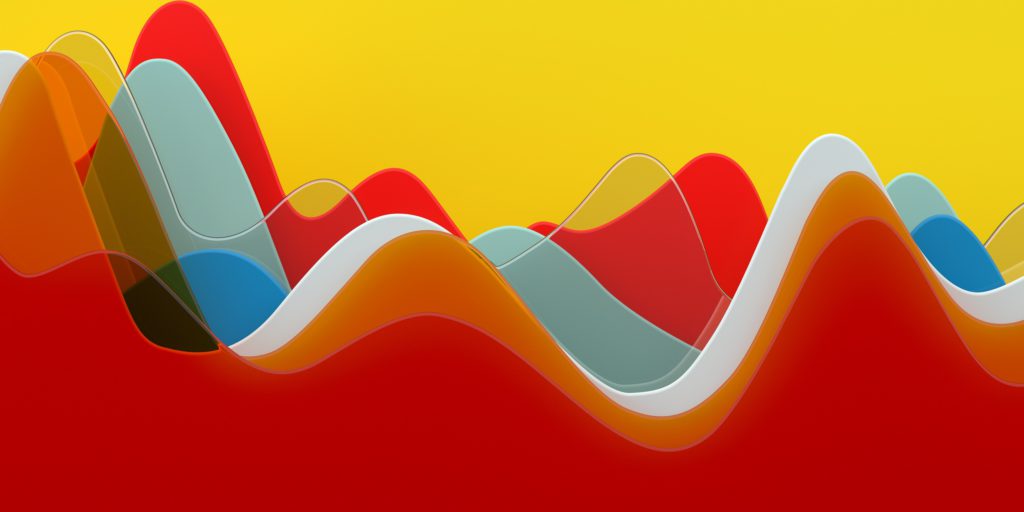 New-car registrations in the EU declined 12.0% year-on-year in November. Volumes dipped below 900,000 units, down from over a million units in November 2019. This is the first double-digit decline in the market since August, but is an improvement on the dramatic losses suffered in March to June. Moreover, the market is unlikely to recover significantly in December as the region continues to wrestle with a second wave of coronavirus (COVID-19) cases and more lockdowns. For 2020 as a whole, EU new-car registrations will be down by about 24%, which is unprecedented. 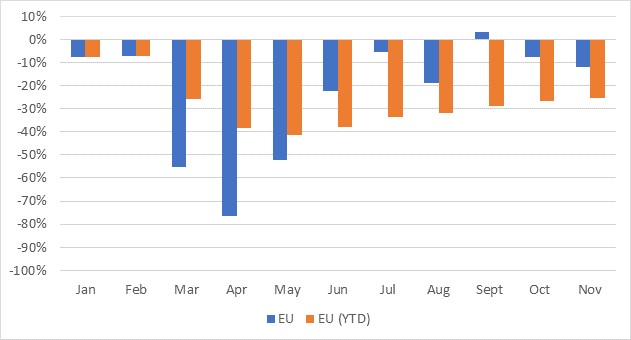 This latest EU-wide downturn was to be expected given the year-on-year declines already reported in France, Italy, Spain, and even Germany in November.

Single-digit declines were reported in Germany and Italy, down 3.0% and 8.3% respectively. The 18.7% contraction in Spain was a subtle improvement on the 21.0% year-on-year decline in October, but this was only because of the extra working day in November 2020 compared to November 2019. However, even with the extra working day, new-car registrations were 27.0% lower in France in November 2020 than in the same month of 2019.

′All the dealers were closed in France in November. They were only allowed to deliver cars that had already been ordered before the second lockdown. They reopened on 28 November,’ clarified Yoann Taitz, Autovista Group head of valuations and insights, France and Benelux.

The decline in Germany was less pronouned than those seen in France, Spain and Italy as the country’s lighter lockdown allowed dealerships to remain open during November.

′There was no significant impact on dealerships as the ″light lockdown″ imposed by the government for November was more about contact restrictions in bars, restaurants, and other meeting places like cinemas and theatres,’ commented Andreas GeilenbrÜgge, head of valuations and insights at Schwacke, the German arm of Autovista Group.

However, the government has now imposed a stricter lockdown, meaning car dealerships have been closed in Germany since yesterday (16 December). This will initially apply until 10 January. 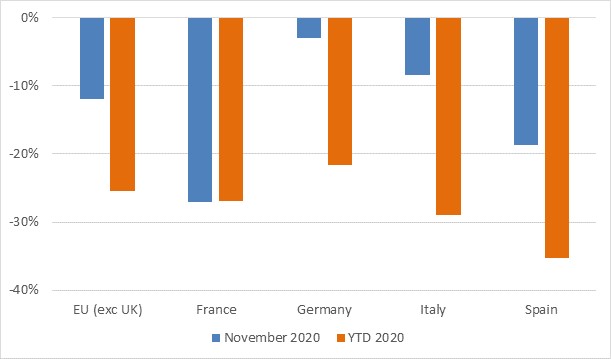 The majority of EU new-car markets contracted last month, with only some smaller markets posting growth, including Denmark, Greece and Romania. In addition to France, year-on-year contractions of more than 20% were reported in five markets; Bulgaria, Croatia, Estonia, Portugal and Slovenia.

In the first 11 months of 2020, registrations of new cars in the EU fell by 25.5%. Even the market downturn in November continued the improvement in the year-to-date contractions, which bottomed out at 41.5% in the first five months of the year. The greatest loss among the major EU markets was in Spain, which has contracted by 35.3% in the year-to-date, ahead of only Bulgaria and Portugal (both down 36.4%) and Croatia (down 42.4%).

As pent-up demand from earlier in the year has been satisfied, the prevalence of COVID-19 infections, the severity, duration and geographic spread of lockdowns, and the economic fallout, will define how Europe’s new-car markets perform in the remainder of 2020 and beyond.

The majority of the leading European carmakers registered more than 10% fewer new cars in the EU in November 2020 than in November 2019. Mazda and Mitsubishi suffered the greatest losses, with EU registrations down by more than a third year on year. Only Fiat Chrysler Automobiles (FCA) and the BMW Group managed to contain their losses to single-digit declines of 2.6% and 6.4% respectively. However, all manufacturers have endured double-digit declines in the year to November and even a miracle in December will not change this performance for full-year 2020.

Across Europe, manufacturers with a strong electric-vehicle portfolio are expected to perform better than those without as electrically-chargeable vehicle (EV) consumers are less likely to be tempted by used examples. This is because they tend to be less price-sensitive buyers, but there is also limited availability of the latest electric models on the used-car market. In the year-to-date, Toyota is the best-performing manufacturer in the EU new-car market, albeit with registrations down 15.6%, supporting this hypothesis.