Ford and Volkswagen deal the best for the automotive industry 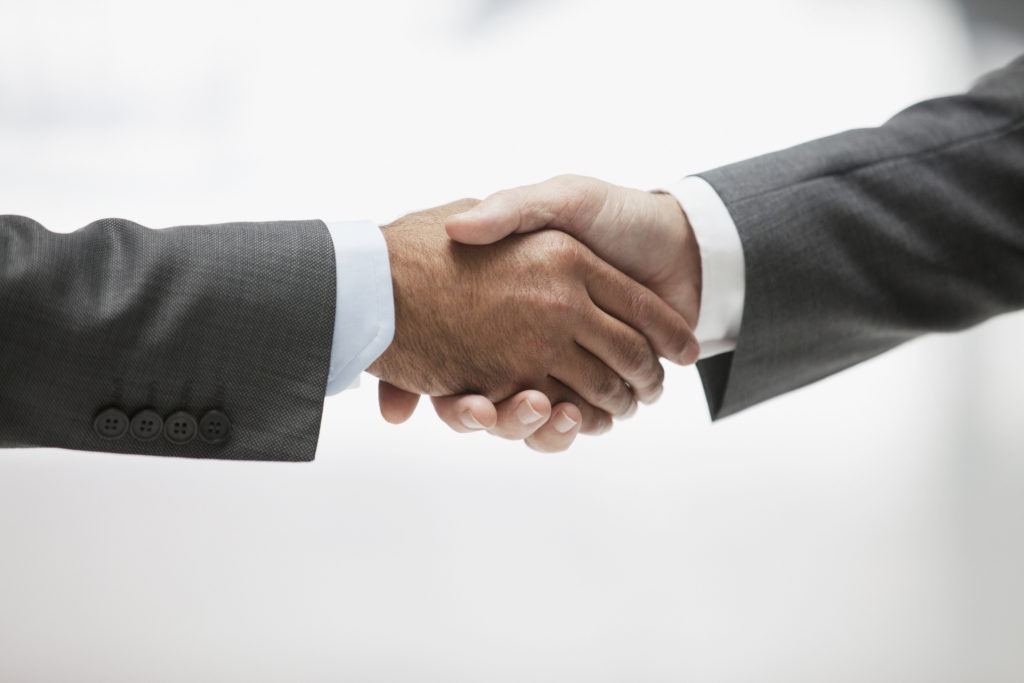 8 November 2019 Volkswagen’s tie-up with Ford will offer the best benefit for the automotive industry going forward, with collaborative efforts on electric vehicles (EVs) and autonomous technology set to increase the pace of development in theÂ two emerging markets. With collaboration being the buzz word in the global automotive industry, the recent announcement of an impending merger between Fiat Chrysler Automobiles (FCA) and PSA Group highlights how carmakers are looking at connecting withÂ rivals to mitigate against increasing economic, political and technological pressures. However, with so many collaborations announced, Autovista Group wanted to know which would benefit the industry most and asked readers of its website and Daily News Brief for their thoughts. 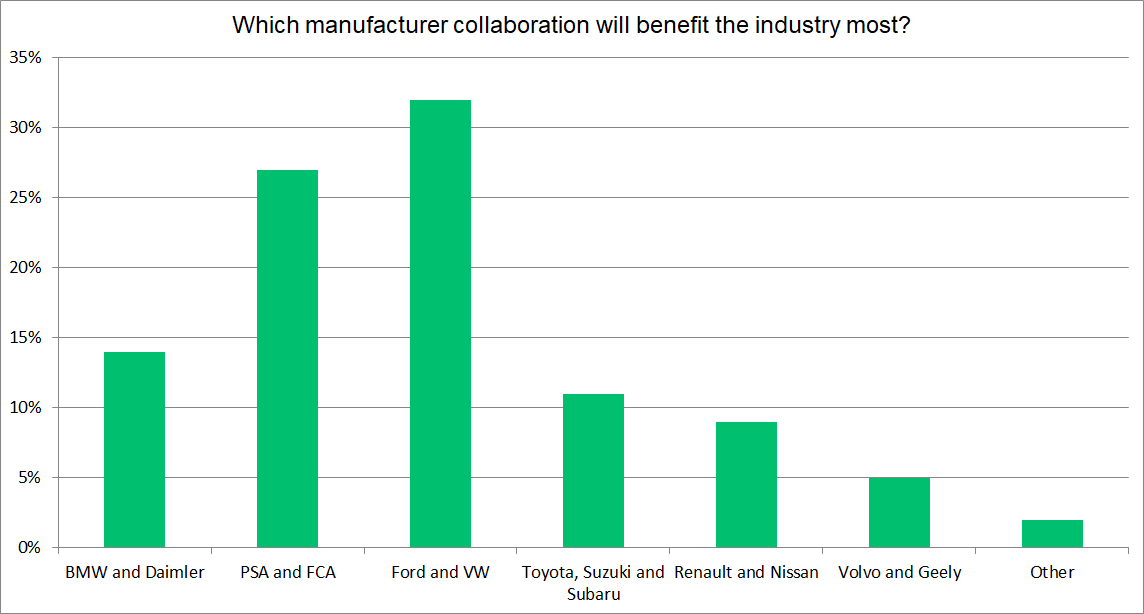 German-US relations With just under a third (32%) of the poll, it was the partnership between Ford and Volkswagen that emerged victoriously. The two competitors announced in January that they will work together on commercial vehicles, but there were rumours that both wanted more. Ford is recognised as a leader in autonomous development but is lacking in EV knowledge – something that VW is advanced in, with its MEB platform. The partnership will see the two leading manufacturers expand into new markets, while the commercial vehicle tie-up will see them gain an even bigger market share in the sector. Each will push the other on, with access to their respective technologies, and could define positions in emerging markets. Ford will be propelled through the EV ranks with the MEB platform, while VW can accelerate autonomous driving projects, especially in its domestic market. Europe growth In a close second, taking 27% of the vote, was the aforementioned merger of PSA Group and FCA. It is likely that the US-Italian carmaker will benefit most from this development, being able to leverage established PSA platforms, while it is believed that the French company’s electrification strategy is more advanced than its counterpart’s plans. However, FCA will be able to open the door to the US market for PSA Group – a big opportunity and one that the French have planned for but is yet to materialise. With Jeep and Chrysler already well established and Fiat’s 500 a popular choice across the Atlantic, the merger could see real growth in market share and revenue for PSA. Rivals together BMW and Daimler’s efforts were next (14%). Last year, both rivals announced they were to merge their respective mobility services, pooling resources as they looked to tackle yet another emerging market and a threat to traditional car ownership. The combination spawned five different businesses aimed at keeping consumers moving – through carsharing, parking allocation and EV charging points to name but a few. Both manufacturers later announced they were to combine their efforts in the world of autonomous technology too. This is an area that carmakers have been pushed into, with pressure from external companies, such as Uber, Waymo and Lyft threatening traditional businesses. Yet it is also an expensive folly andÂ the pooling of resources by two of Germany’s biggest manufacturers, with the possibility that Audi may also join the fray, makes sense if the technology is to belong to the automotive sector. Global workings The collaboration between Toyota, Suzuki and Subaru gained 11% of the poll, the three Japanese carmakers sharing platforms and EV technology that could benefit Asian brands on a global scale. Next came the Renault and Nissan alliance, perhaps unsurprisingly with 8%, as both carmakers focus on rebuilding one of the older collaborations following a tumultuous time of late. Volvo and Geely’s tie-up on internal combustion engines took a 5% share in the results. Finally, the â€²other’ option gained just 2%, with commenters suggesting both Toyota and Mazda’s agreement to co-create EVs was the one to benefit the industry most, while others suggested a collaboration between Honda and General Motors (GM), or BMW and Jaguar. Some respondents suggested that all collaborations are important in the ever-changing automotive landscape.
Companies Vehicle Manufacturers