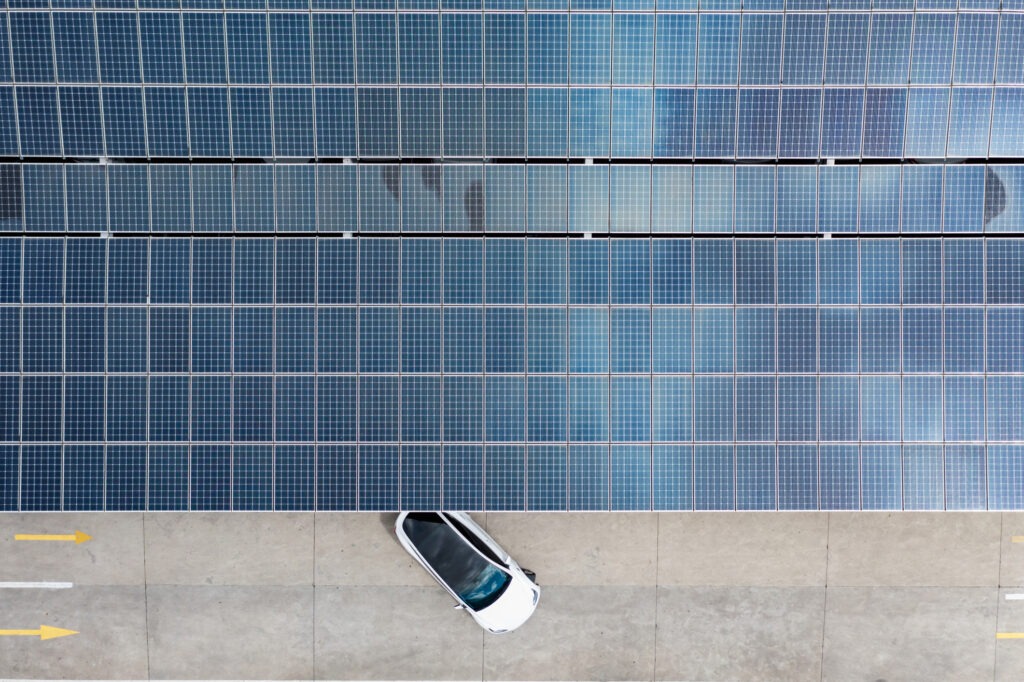 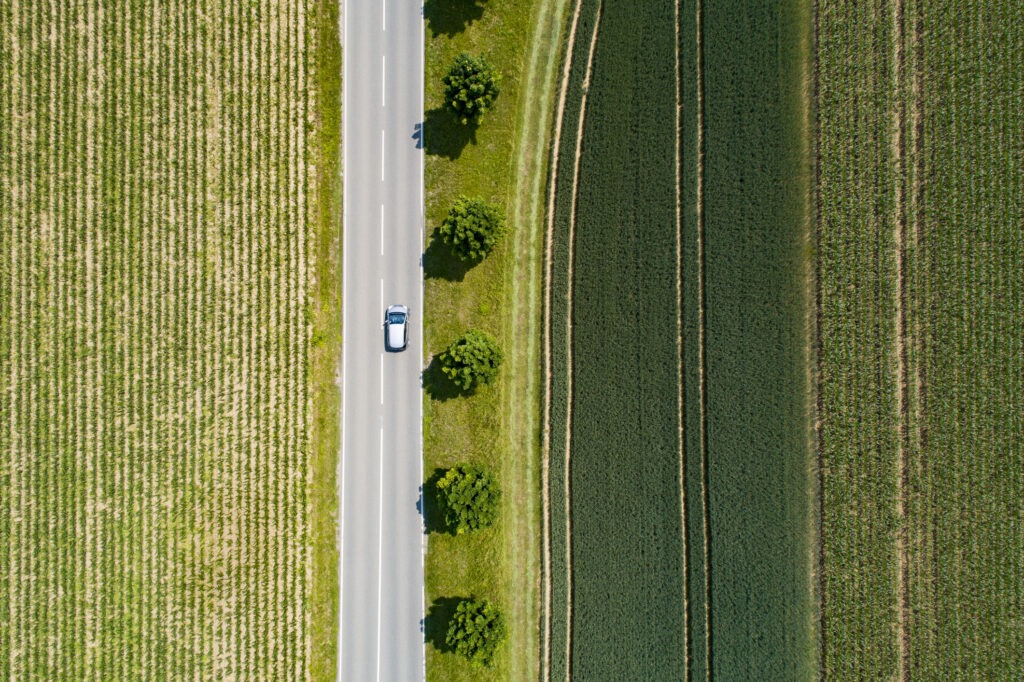 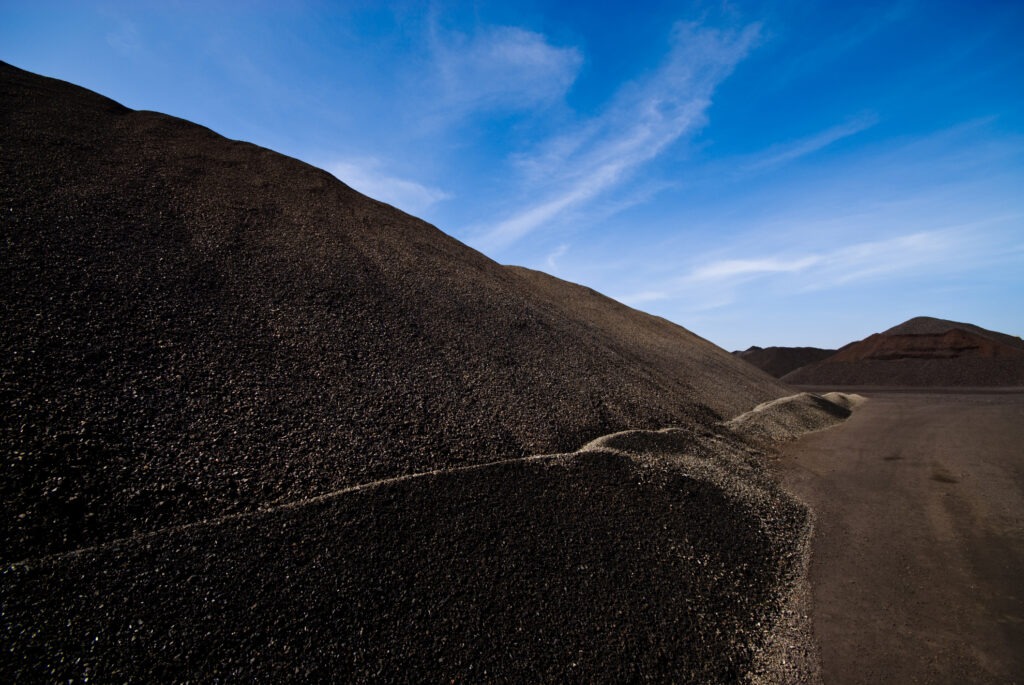 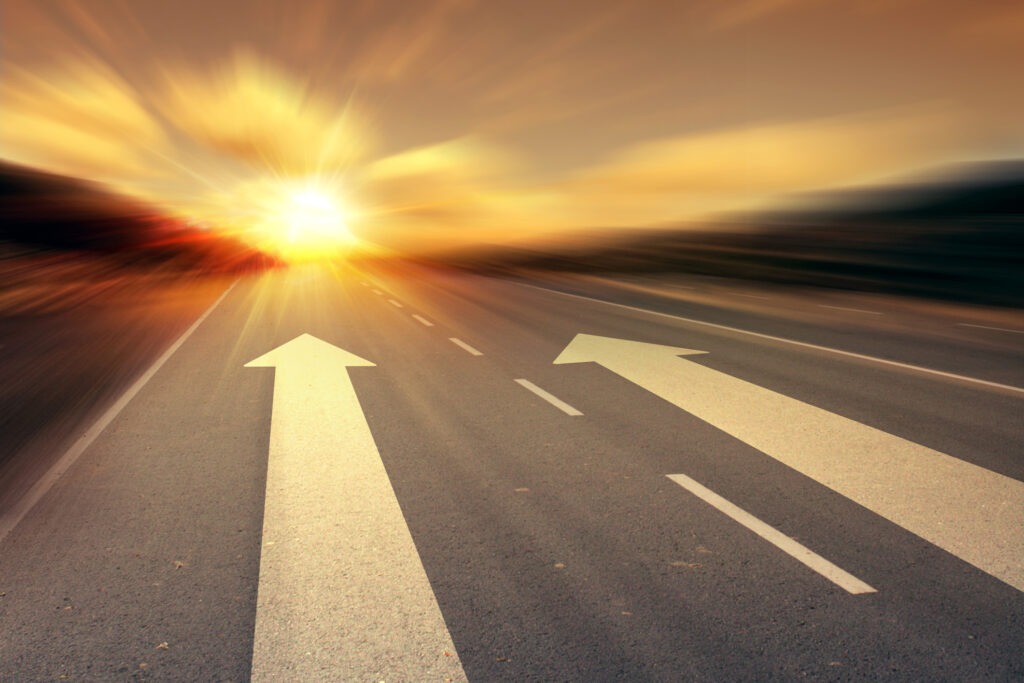 The EU new-car market ended 2022 with a fifth consecutive month of year-on-year growth. The 12.8% gain was weaker than the 16.3% rise recorded in November, but there was one less working day in most markets than in December 2021. Moreover, the year-end boom in new-car registrations in Germany means the bloc finished the year on an even more positive note than Autovista24 had expected.

Spain contracted last month, and France declined by just 0.1%, but Europe’s three other leading new-car markets posted double-digit year-on-year gains, ranging from 18.3% in the UK to 38.1% in Germany.

Italy and the UK performed in line with Autovista24’s expectations for the month but France and Spain were weaker than expected. However, the surge in Germany more than compensated for these losses. The net effect was that the volume of new-car registrations across all five markets, 780,000 units, was almost 80,000 units – or 4.1% – higher than predicted.

Last month’s figures confirm the ongoing recovery of new-car supply, which has been constrained by semiconductor shortages as well as challenges caused by the war in Ukraine and COVID-19 lockdowns in China.

Along with the 85,000-unit surplus in Germany, the EFTA region exceeded expectations and the full-year tally of 11.3 million European registrations was almost 100,000 units higher than Autovista24’s last forecast. Nevertheless, new-car registrations declined by 4.6% in the EU and 4.1% Europe-wide in 2022. Compared to pre-pandemic 2019, both markets contracted by 29%.

Europe’s new-car market will continue to rely heavily on fulfilling orders placed before energy costs and inflation started to rise last year. However, the cost-of-living crisis will reduce order intake and with higher deliveries than expected at the end of 2022, especially in Germany, there will be payback. Accordingly, Autovista24 has lowered its 2023 forecast by 130,000 units. At 12.67 million new-car registrations, this represents 12.2% year-on-year growth.

Autovista24 anticipates an ongoing recovery of the continent’s beleaguered automotive sector in the medium and long term but has also downgraded the region’s outlook for 2024 and 2025. The volume of new-car registrations in Europe is not expected to return to pre-pandemic levels until the middle of the next decade.

Declines in France and Spain

A total of 158,027 new cars were registered in France last month, aligning with Autovista24’s forecast of 161,000 units. The year-on-year decline of just 0.1% ended four consecutive months of growth but translates to an upturn of 4.5% when adjusted for the additional working day in December 2021. Furthermore, the seasonally-adjusted annualised rate (SAAR) expanded to 1.81 million units, from 1.68 million in November.

The French new-car market has been heavily affected by regulatory changes introduced at the start of 2022. The malus (tax penalty) for registering new cars extended to those with CO2 emissions of 128g/km or more. A weight-based tax was also introduced, which applies to all new cars weighing over 1.8 tonnes.

The war in Ukraine derailed the market correction that began in February but supply improvements, the government cap on electricity costs, and the extension of electric-vehicle (EV) incentives to 31 December 2022 subsequently supported the market. Nevertheless, the 1.53 million new cars registered in France last year is almost 700,000 fewer than in 2019, prior to the COVID-19 pandemic.

The Spanish new-car market contracted by 14.1% year-on-year last month. Although the downturn is less severe when adjusted for working days, at 9.8%, the SAAR deteriorated slightly to 961,000 units, from 977,000 units in November.

Despite this weakness, new-car registrations in Spain only came in 7,000 units lower than Autovista24 had forecast for 2022, at 813,000 units versus 820,000 units. Nevertheless, this marked the third year in a row where there were 400,000 units fewer than before the COVID-19 pandemic.

‘The uncertainty with which we closed 2022 prevents us from envisioning a change for 2023. We see two scenarios: bare growth of 5%, that is, 870,000 units, to which an additional 10% would have to be added if the bottlenecks in production are solved, with which we would go to 960,000 units. Neither of the two forecasts are good news, because we are very far from the figures we saw before the pandemic,’ explained Raúl Morales, director of communications at dealer association Faconauto.

In this context, Autovista24 has reduced its 2023 Spanish forecast to 943,000 new-car registrations, equating to growth of 15.9%. This falls 25% short of the volume achieved in 2019 and the Spanish market is not expected to exceed one million units again until 2025.

Gains in Italy and the UK

With 104,915 new cars registered in Italy last month, the market grew 21% year on year. This tally matched Autovista24’s forecast of 104,000 units, with the growth rate surpassing the 14.7% gain in November. Moreover, there was one less working day than in December 2021 and, on an adjusted basis, Autovista24 calculates that year-on-year growth was 26.7%. Similarly, the SAAR rose to 1.65 million units from 1.52 million.

The Italian new-car market is contending with supply challenges and rising inflation, although consumer and business confidence enjoyed their second consecutive month of growth in December. Conversely, the market is benefitting from EV purchase incentives, which were reinstated on 25 May 2022. Furthermore, at the beginning of August, the Italian government announced the availability of incentives to rental and leasing companies, which were previously excluded.

New-car registrations in the UK increased 18.3% year on year last month, to 128,462 units. This appears weaker than the 23.5% growth in November but there was one less working day than in December 2021. Adjusted for working days, Autovista24 calculates that the market gained 24.2% year on year and that the SAAR improved slightly to 2.12 million units from 2.08 million units in the prior month.

However, the Society of Motor Manufacturers and Traders (SMMT) emphasises that the performance of recent months did not ‘offset the declines recorded during the first half of 2022. Despite underlying demand, pandemic-related global parts shortages saw overall registrations for the year fall 2% to 1.61 million, around 700,000 units below pre-COVID levels.’

Although the supply situation continues to improve, the cost-of-living crisis shows no sign of abating in the UK and the outlook for the new-car market remains particularly uncertain. However, as it continues to perform in line with Autovista24’s expectations, the 2023 forecast of 13.3% growth to 1.83 million units remains. This would be 20.9% lower than in 2019.

EV registrations, including battery-electric vehicles (BEVs) and plug-in hybrids (PHEVs), amounted to 174,000 units in December – a staggering year-on-year increase of 114%. This was also the first time that more than half of newly registered cars were electric.

The jump in EV registrations was expected ahead of imminent changes to EV incentives. The German government announced plans last year to lower EV subsidies, while also axing incentives for PHEVs. Nevertheless, the SAAR jumped from 3.08 million units in November to 4.21 million units in December, exceeding Autovista24’s expectations.

Overall, 2.65 million new cars were registered in 2022 – a slight increase of 1.1% year on year. Looking ahead, Autovista24 projects comparatively sluggish growth, with the German new-car market forecast to grow 5.1% to 2.79 million units in 2023. In addition to the significant volume of registrations that were pulled forward into the end of 2022, this is due to lower order intakes and ongoing economic risks related to inflation, interest rates, and energy prices.

Moreover, the EV market could see a certain level of stagnation as rising electricity prices and lower subsidies are expected to impact interest among consumers who might now think twice about buying a new electric car. 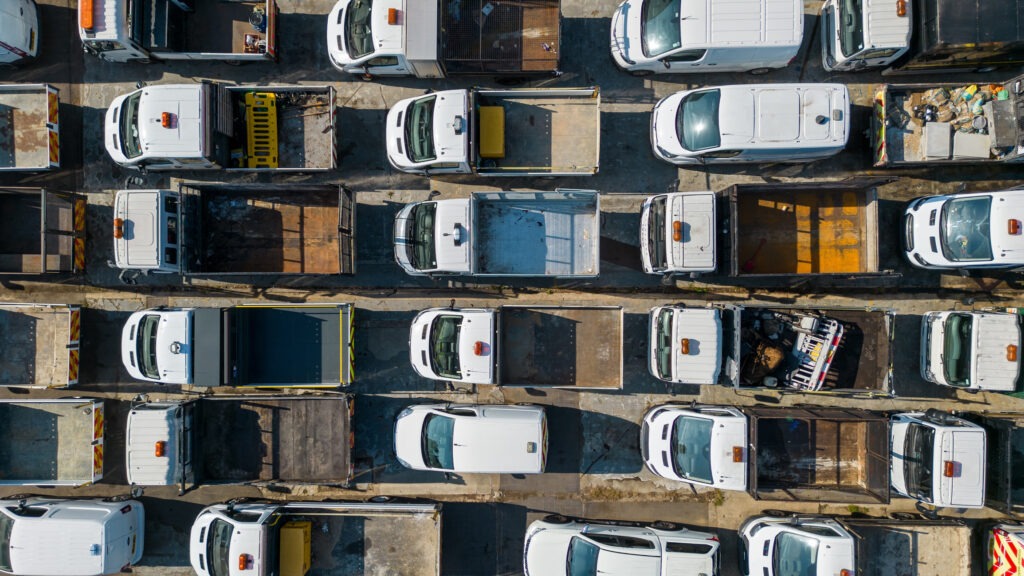 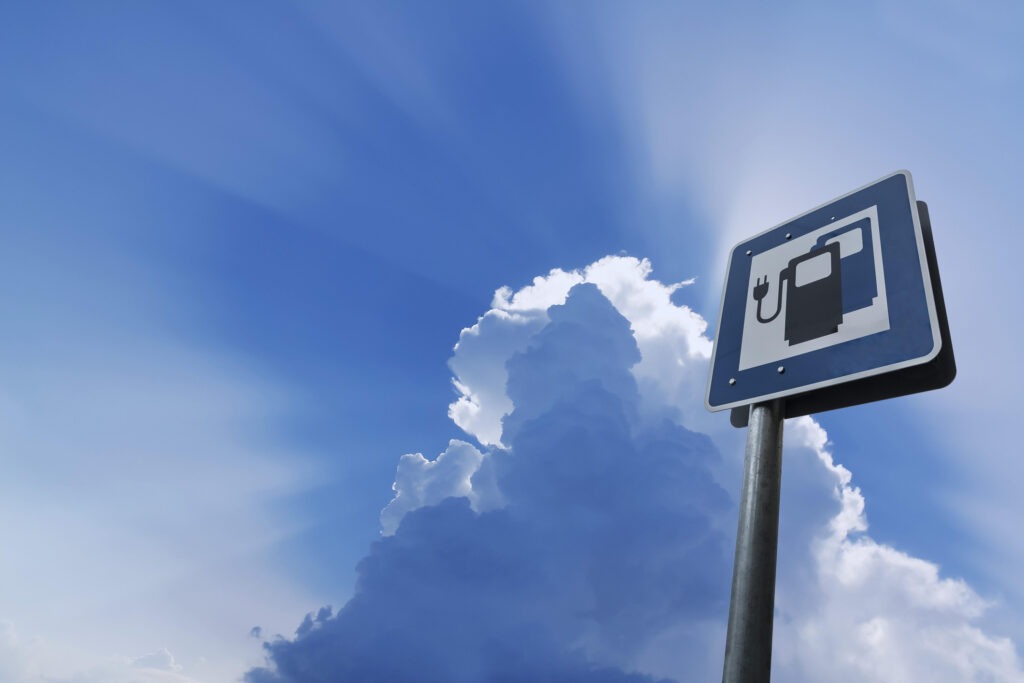 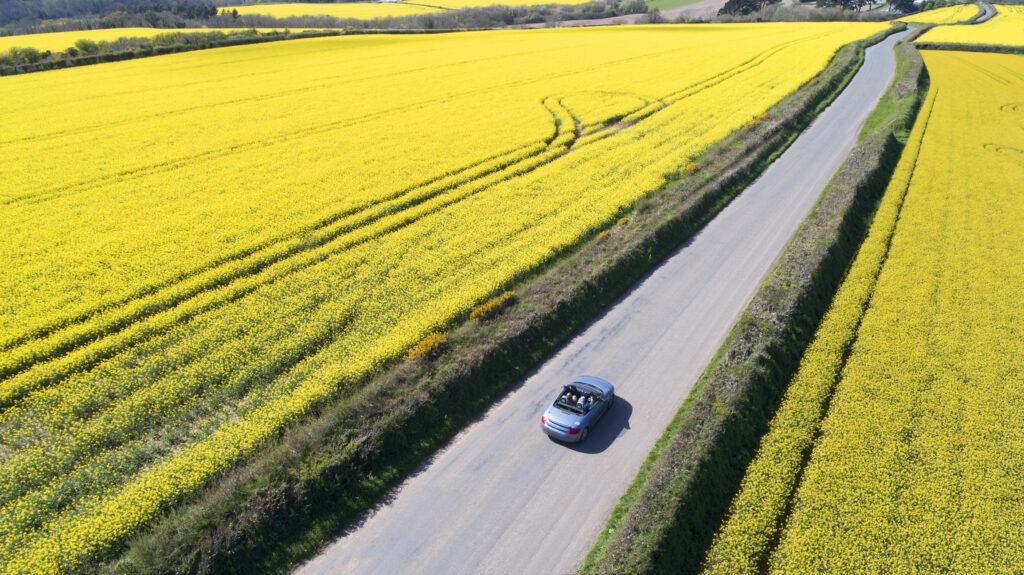 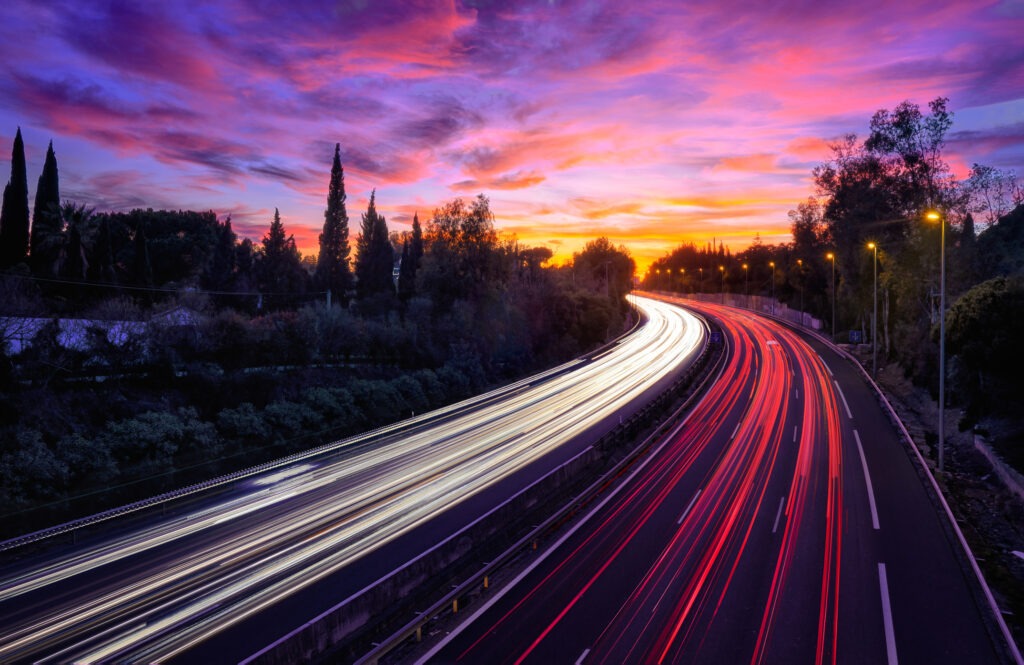