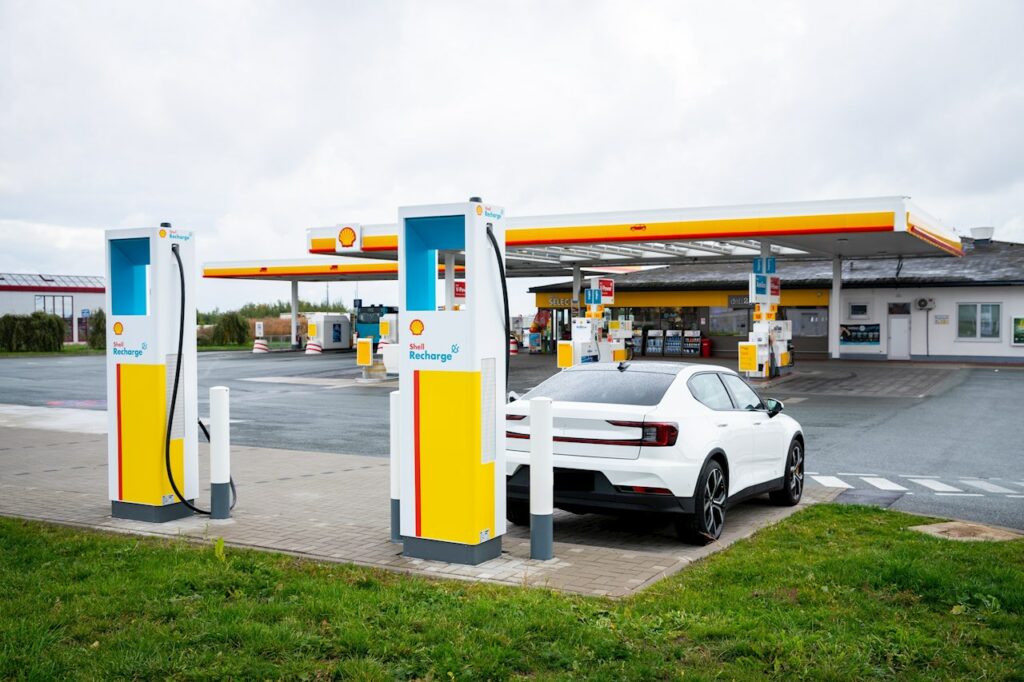 Mercedes-Benz has extended its line-up of EQ battery-electric vehicles (BEVs) with the EQE. Like the EQS, it features an aerodynamic and modest, but pleasing, ‘one-bow’ design. However, rear headroom is compromised by the sloping roofline and standard-fit panoramic roof. Similarly, the small side and rear windows, developed for aerodynamic and design purposes, reduce visibility, making the rear-view camera essential.

The chassis and suspension of the EQE are designed to be very comfortable, but also allow for more dynamic driving. The front bumper is not too low, making driving over speed bumps in urban areas easier. Additionally, the EQE’s ride height can be set and saved in the GPS to adjust every time the car takes a particular route.

The car has high perceived quality – the materials used for the dashboard, doors, and seats are first-class. The optional MBUX Hyperscreen, which extends across the entire width of the interior, is stunning, although it is only available in limited quantities because of the semiconductor shortage. The two standard displays, which resemble those in the S-Class, are also convincing and the advanced driver-assistance systems (ADAS), including an augmented-reality head up display, are all state of the art.

The executive segment (E-segment) has been in decline in recent years as consumers increasingly favour SUVs. As a four-door saloon, the all-electric counterpart of the E-Class currently has no direct rivals in the segment. Estate and/or shooting brake versions of the EQE are lacking. These still account for more than 60% of the overall segment and 70% of its fleet registrations in Germany, for example. The forthcoming EQE SUV – essentially a BEV variant of the GLE – will help plug the gap, but comes with a risk of cannibalisation.

On the plus side, Mercedes-Benz is now offering a full range of powertrains in the segment as the E-Class is available with petrol and diesel engines, as well as a plug-in hybrid (PHEV) drivetrain. As the variety of electric models in the E-segment is still very limited, the EQE’s long range (up to 639km in the 350+ version with a 90.6kWh battery) will appeal to its target audience. This is one of the highest ranges in the segment, exceeding that of cars with similar pricing. 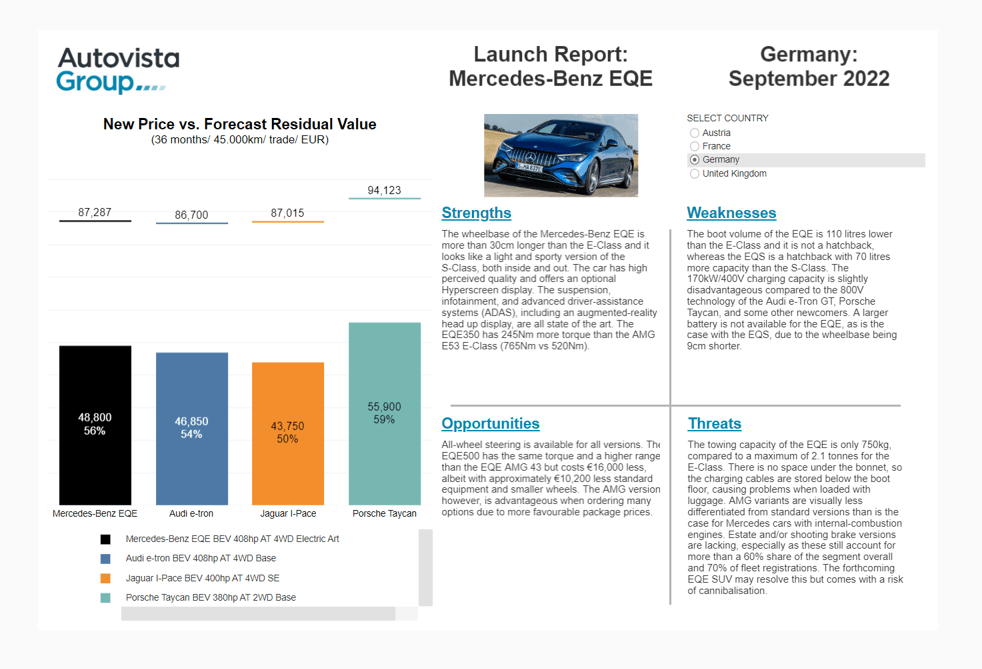 The 400V on-board network means a DC charging capacity of up to 170kW should be possible, resulting in the battery recharging from 10% to 80% in 32 minutes. This is slightly disadvantageous compared to the 800V technology of the Audi e-Tron GT, Porsche Taycan, and some other newcomers. A larger battery is not available for the EQE, as is the case with the EQS, due to the wheelbase being 9cm shorter.

The wheelbase of the Mercedes-Benz EQE is over 30cm longer than the E-Class, offering generous space in all seats, and the EQE350 has 245Nm more torque than the AMG E53 E-Class (765Nm vs 520Nm).

The towing capacity of the EQE is only 750kg, compared to a maximum of 2.1 tonnes for the E-Class. Similarly, the 430-litre boot is 110 litres smaller than in the E-Class, whereas the EQS is a hatchback with 70 litres more capacity than the S-Class. There is no additional storage space under the bonnet because of a high-efficiency particulate-absorbing (HEPA) filter, which ensures clean air in the interior. This means the charging cables are stored below the boot floor, which makes charging inconvenient when the car is loaded with luggage.

Overall, the EQE should help Mercedes to retain current E-Class owners that want to, or in fact need to, switch to a BEV. Nevertheless, aside from SUVs, the EQE will face strong competition from the Tesla Model S when versions below the Plaid become available again. The Tesla was the first BEV offered in the E-segment, comes with a strong brand image, and has been regularly updated with facelifts.

Furthermore, BMW will soon start deliveries of the i7, and the i5 has been announced for 2023. An Audi A6 e-Tron, with 800V architecture and a range of over 700km, will be launched in 2024 as both a saloon and an estate. Other premium competitors, such as Volvo and Jaguar Land Rover, are investing millions in electromobility, and Asian manufacturers, including Hyundai’s premium brand Genesis, are pushing into Europe too. 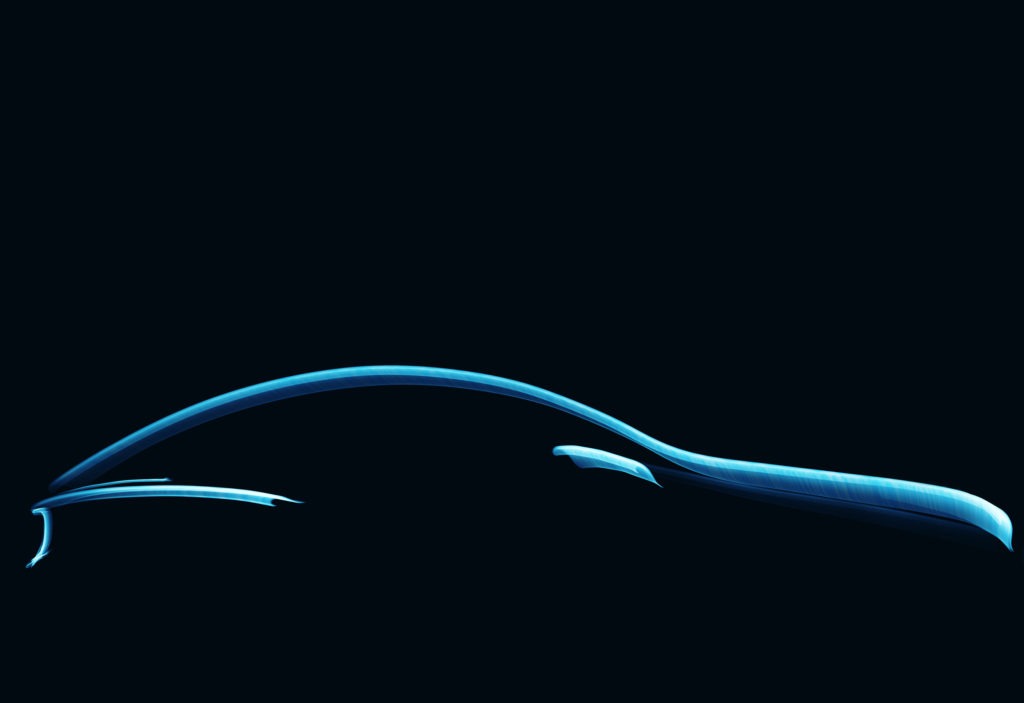