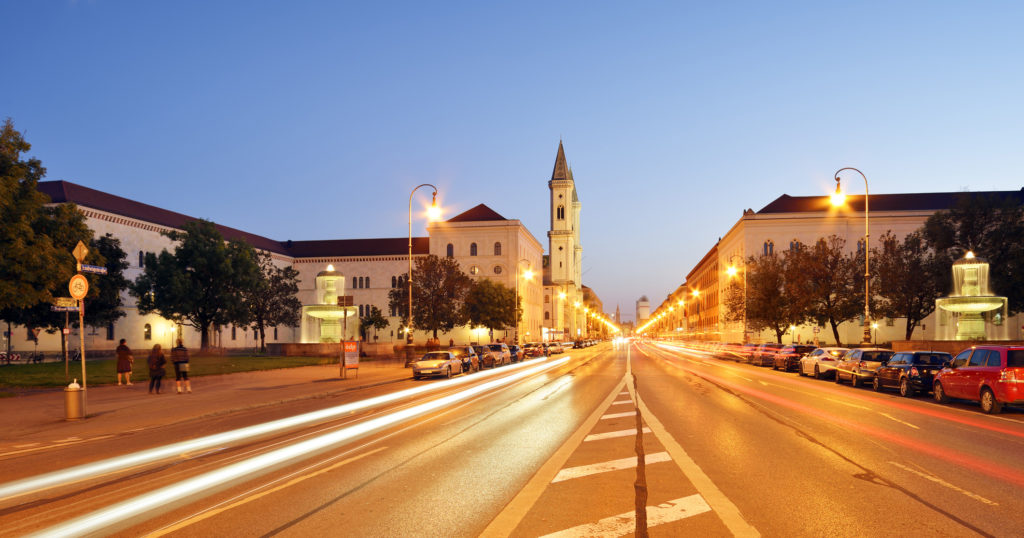 15 June 2017 New data on air pollution levels in the Bavarian state capital Munich have prompted the SPD Party’s Mayor, Dieter Reiter, to consider the introduction of a diesel driving ban. Reiter told the SÃœddeutsche Zeitung (SZ) on Wednesday that â€²As much as I would be pleased if we could proceed without such bans, I cannot see how we will continue to do without barriers in the future.’ There have already been numerous mixed responses to the potential ban. Following the approach adopted by the city of Stuttgart, Reiter does not foresee the ban including diesels which comply with Euro 6 regulations. SZ reports that 295,000 of the 720,000 cars registered in Munich are diesels and between 133,000 and 170,000 vehicles would be affected by the ban, depending on the emissions standards vehicles need to comply with. The EU limit of 40 micrograms of nitrogen oxide (NOx) per cubic metre is not only regularly exceeded on the city’s ring road and major routes but also beyond. â€²The results are shocking, nobody expected this’ said Reiter. He seeks to address the situation quickly and a diesel driving ban is seen as the only effective and sustainable solution, although it would only be a first step. Reiter has said that a ban would only happen â€²if there is no other solution, but I know no other.’ A decision on whether the city of Munich can even introduce a ban or whether this is the responsibility of the state of Bavaria will not be taken until the Federal Administrative Court in Leipzig reaches a judgement later in the year but the mere suggestion of ban has already been met with criticism. If the final decision does ultimately lie with the state, this is crucial as, according to another article in the SZ, the Minister President of Bavaria, Horst Seehofer, is against a ban in Munich. Even if Munich itself does ultimately have the right to impose a ban on diesels, the SPD party’s partner in Munich city hall, the CSU party, has already stated that it sees no legal foundation for it and that this could only happen through a nationally agreed solution. Aside from the political arena, resistance from the automotive industry itself will be especially strong given that Munich is home to BMW. â€²If we want to improve the air quality in cities, it is better to incentivise sustainable mobility’ a BMW spokesperson said. This naturally dovetails with BMW’s electric vehicle aspirations. The German automotive industry association, VDA, is also against diesel bans, seeing improved traffic flow in conjunction with a greener vehicle fleet reducing emissions by almost a third. According to an article in Merkur, associations have warned that â€²goods could no longer be delivered and many commuters could no longer get to their workplace because public transport is overstretched.’ Jens Christopher Ulrich, a spokesman for the Handwerkskammer, a body which represents the skilled crafts and trades, said half of Munich’s skilled trade companies would be under threat and that a diesel ban would be â€²a catastrophe.’ He added that â€²You cannot simply say: We will simply cut commercial traffic and see what happens.’ However, for German environmental aid organisation DUH, the diesel ban under discussion does not go far enough. JÃœrgen Resch, CEO of the DUH, commented in a press release that â€²If the Bavarian state government intends to exclude Euro 6 diesels from the driving ban, we will correct this as part of our ongoing legal process.’ He has also announced the publication of record new emissions measurements from Euro 6 diesel cars in the coming days. Diesel driving bans clearly remain as contentious as ever and aside from the points raised here, they threaten to reinforce the downward trend in Germany of diesel residual values. Finally, there is also the question of how to enforce driving bans. In Stuttgart for example, where a ban is still expected from January 2018, SÃœdwest Presse reports that the transport ministry of the state of Baden-WÃœrttemberg is considering the introduction of an automatic number plate monitoring system. However, the German constitutional court still needs to decide if this is even permissible.

Never miss another story – sign up to receive your complimentary Autovista24 daily email. This timely and incisive daily briefing covering automotive news and insights on the issues affecting your business is delivered direct to your inbox. Sign up