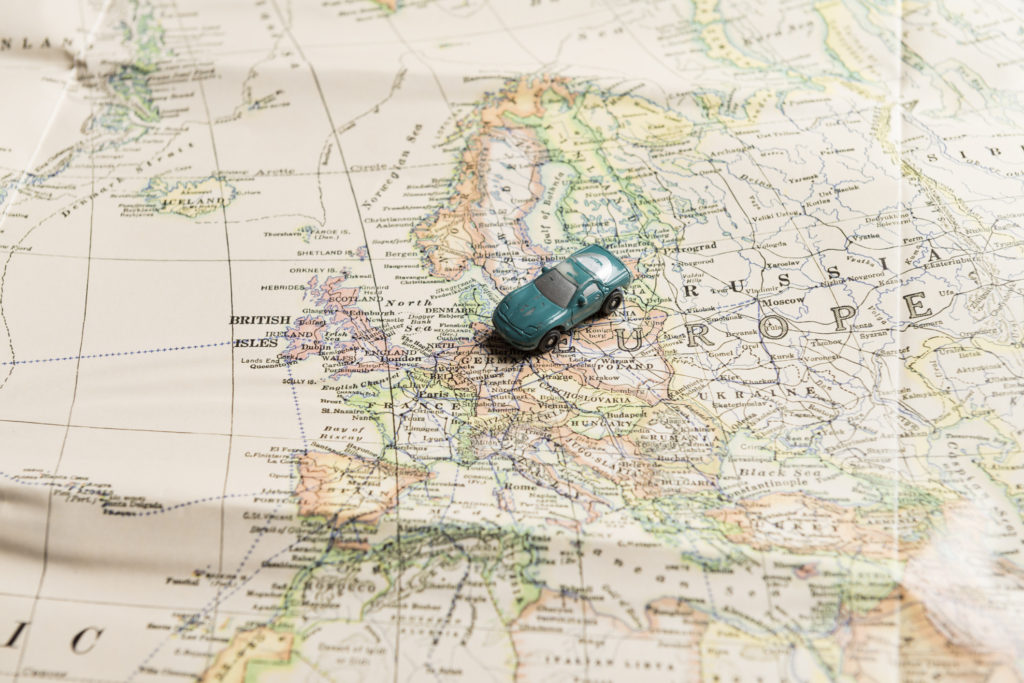 Supply shortages, exacerbated by the war in Ukraine, prevented a recovery of new-car registrations in France, Italy, and Spain last month after the pronounced weakness in March. All three markets experienced double-digit year-on-year declines as rising living costs and fuel prices curtail demand, and automotive supply chains face ongoing disruption. On a positive note, however, the seasonally-adjusted annualised rate (SAAR) improved in Italy and Spain, and was broadly stable in France.

The French and Italian new-car markets contracted by 22.6% and 33% year on year, respectively, but Spain fared far better, albeit with registrations still 12.1% lower than a year ago. Nevertheless, the volume of registrations was in line with Autovista24 expectations, and revisions to the 2022 outlook for all markets are limited.

Autovista24 maintains the assumption that inflationary pressure and disruption to car production will persist in the short term before subsiding later in the year. In the absence of significant further production stoppages, the assumed pace of supply improvements throughout 2022 is the same as reflected in the Autovista24 April forecast. Nevertheless, the displacement of registrations into 2023 means double-digit growth of over 20% is expected in all three countries next year.

Significant downside risks to this challenging forecast remain, depending on the duration and severity of the conflict in Ukraine, and whether it extends further west and beyond the country’s borders. Unlike previous crises, such as the global financial crash of 2008-2009, the new-car registrations outlook for western European markets hinges more on new-car supply than any economic impact on sales. However, reduced – or even fully disconnected – gas supplies from Russia to continental Europe still pose a major economic threat.

According to data released by the CCFA, the French carmakers’ association, 108,723 new cars were registered in the country last month, equating to a year-on-year contraction of 22.6%. This marks a deterioration on the 19.5% downturn in March. However, there was one less working day in April than a year ago and Autovista24 calculates that the adjusted year-on-year contraction, of 18.7%, aligns with the 19.5% loss in March. Similarly, the adjusted SAAR was broadly stable, albeit falling slightly to 1.32 million units.

The French new-car market has been heavily affected by regulations that came into effect at the start of the year. The malus (penalty) for registering new cars extended to those with CO2 emissions of 128g/km or more. A weight-based tax was also introduced, which applies to all new cars that weigh over 1.8 tonnes. The war in Ukraine has derailed the market correction that began in February, with the cumulative decline in the first four months slipping to 18.6%.

Incentives for electric vehicles will be reduced by €1,000 from 1 July 2022, with some consumers rushing to take advantage of the higher subsidy by ordering new cars before the end of June. However, vehicle supply will ultimately dictate the French new-car market’s fortunes. Autovista24 has subtly downgraded its forecast for 2022 to a decline of 3.4%, to 1.6 million units. As many new cars ordered in 2022 will not be registered until 2023, the French market is forecast to expand by 23.3%, nudging two million units. Nevertheless, this remains about 11% lower than the 2.2 million new cars registered in 2019, prior to the COVID-19 pandemic.

Industry association ANFIA has reported that 97,339 new cars were registered in Italy last month. This marked a year-on-year contraction of 33%, following the 29.6% downturn in March. However, there were two fewer working days than in April 2021 and, on an adjusted basis, Autovista24 estimates that the market fell by 25.9%. Furthermore, the adjusted SAAR improved from 1.11 million units in March, its lowest level since May 2020, to 1.2 million units in April. Nevertheless, the year-to-date contraction in the Italian new-car market deteriorated to 26.5% in the first four months of 2022.

Aside from the inflationary and supply impact emanating from the war in Ukraine, new-car sales in Italy continue to be restrained as consumers await the reintroduction of the purchase incentives  announced in April. A total of €650 million will be made available in 2022, 2023, and 2024. The investment is taken from the government’s automotive fund, which has a total budget of €8.7 billion until 2030.

‘The negative trend in registrations is increasingly weighed down by the wait for the effective entry into force of the incentives for the purchase of electric, hybrid and low-emission vehicles - cars and motorbikes - as defined by the prime ministerial decree signed on 6 April, which still has to be registered by the court of auditors, published in the official journal and updated on the Ecobonus web platform,’ said Paolo Scudieri, president of ANFIA.

‘To avoid further damage to the market, it is necessary to accelerate this process as much as possible, so as to stimulate the recovery of demand, which is already heavily penalised by slowdowns in the supply of raw materials and components and, therefore, of production processes,’ Scudieri added.

Nevertheless, any improvement in new-car sales in Italy will be overshadowed by supply constraints and inflation, which was pegged at 6.2% in April according to the national statistics institute Istat.

As the April tally of new-car registrations was exactly in line with Autovista24’s expectations, the forecast for 2022 has merely been tweaked, with a year-on-year decline of 3.4% expected. Registration volumes are forecast to rebound by 23% in 2023, to 1.73 million units, but this would still be 10% lower than in 2019.

A total of 69,911 new cars were registered in Spain during April, according to ANFAC, the Spanish vehicle manufacturers’ association. This equates to a year-on-year contraction of 12.1%, marking a significant improvement on the 30.2% contraction in March. Furthermore, as in France, there was one less working day than in April 2021 and Autovista24 calculates that the adjusted downturn was only 7.4%. The SAAR, adjusted for working days, also recovered to 829,000 units, up from just 569,000 units in March – the lowest level since May 2020.

However, this is a correction following the national truck drivers’ strike in March as opposed to signifying a fundamental improvement in the Spanish new-car market. In the first four months of 2022, a total of 233,509 new cars were registered, representing a year-on-year decline of 11.8%.

‘The sensations are not good, because in addition to the lack of supply, since there is still not enough stock, in April a lack of demand has also been clearly seen. The families feel that the context, with an economic recovery on hold due to the consequences of the war in Ukraine, is not the best to buy a vehicle and they delay their visit to the dealers,’ commented Raúl Morales, communications director of the dealer association Faconauto.

Spain had a poor start to 2022, with vehicle-tax increases introduced on 1 January. Although the supply situation is expected to improve, the recovery is weaker than anticipated before the war in Ukraine.

‘Today, with the April data in hand and if there is no change in trend, the market would end 2022 barely exceeding 800,000 registrations, something that we should all look at with great concern,’ Morales cautioned.