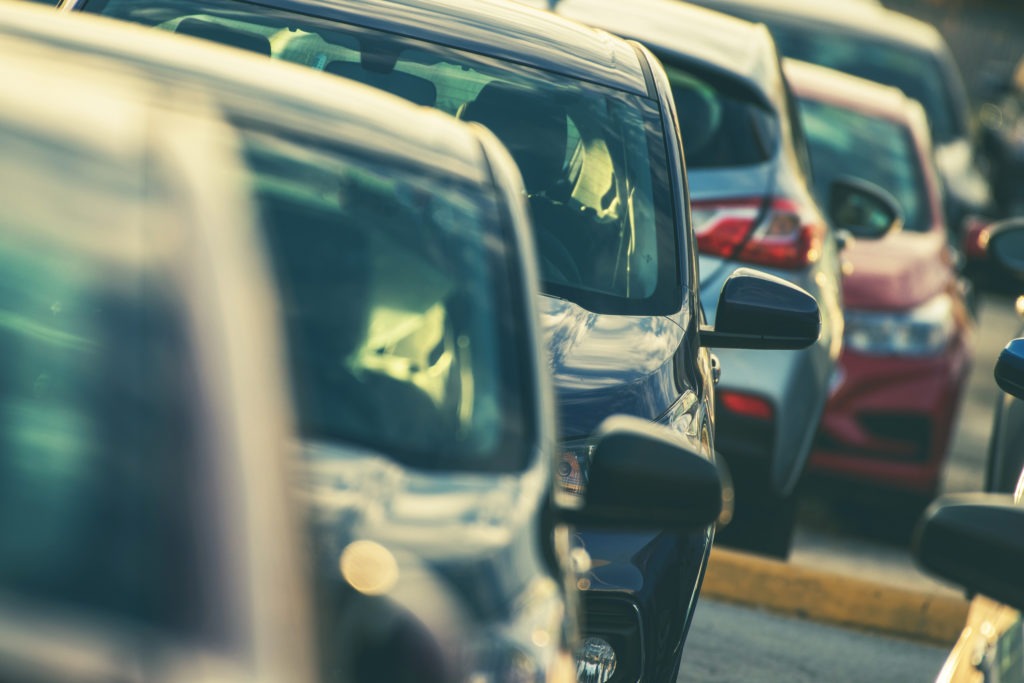 The golden age of the used car continues in many markets, with residual values at, or even above, pre-coronavirus (COVID-19) crisis levels. This is partly driven by higher demand and prices for older used cars, the so-called ′budget cars.’ Senior data journalist Neil King explores the reasons behind the positive pricing developments.

In the 12 markets featured in Autovista Group’s COVID-19 tracker, residual values (RVs) of cars aged 91 months or more are already above pre-crisis levels except in just three countries – Portugal, Finland and Italy. The broader ′three-speed’ development of RVs, which has prevailed across the region following the emergence of Europe’s automotive sector from lockdowns, is less pronounced, but the UK still stands out from the crowd. The index of RVs for this used-car age group has risen since mid-May, peaking at 108.4 (an 8.4% rise) in the UK in the week to 27 September. The start month was February, with a value of 100. 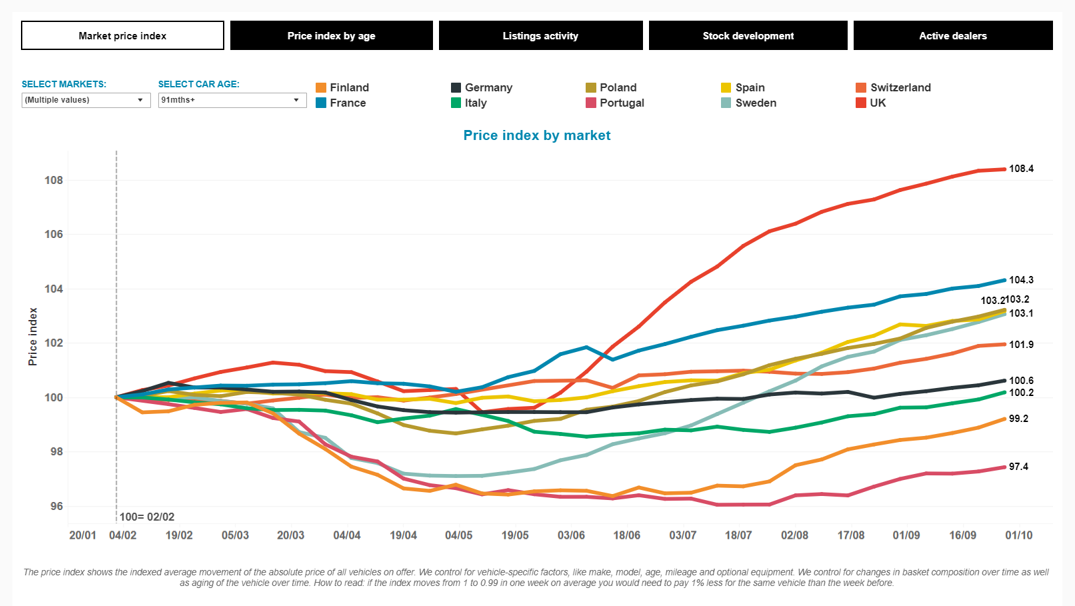 Similarly, the RVs of used cars aged 54-90 months are higher than before the COVID-19 pandemic took hold except in Portugal, Finland and Italy. The most robust performance is again in the UK, where the index peaked at 107.4 (a 7.4% rise) in the week to 27 September.

′New and used stock is the biggest issue in the UK. This is driving up used prices and we don’t see the bubble bursting quite yet. It is September, and even convertible demand is still high, with values increasing,’ commented Anthony Machin, head of content and product at Glass’s.

A key factor behind the increased popularity of older used cars is consumer aversion to public transport, which Autovista Group highlighted as one of the side effects of COVID-19 back in April. In many countries, governments are still advising against using public transport. Furthermore, car-rental companies are suffering too and the mobility trend towards car-sharing has also been dampened.

Johan Trus, head of data and valuations for the Nordics at Autovista Group, commented that in Finland and Sweden, where lockdowns were not observed and dealerships remained open, ′both markets have been in recovery since April, and have experienced high demand for used cars as people were asked to avoid public transport when commuting.’

′In Poland, we observe and also receive feedback from dealerships that asking prices are rising due to very good demand. At the moment I guess it is the consequence of public transport being replaced with private cars. Cheap fuel further supports this solution,’ said Marcin Kardas, head of the Autovista Group editorial team in Poland.

Ana Azofra, valuation and insights manager at Autovista Group, reiterated the point. ′In Spain, part of the population, which used public transport until now – especially in the big cities – is moving or returning to car ownership as a more hygienic and safer form of mobility.’

A second factor is purely economic as consumers tighten their financial belts and look for a lower financial risk.

′As in past economic crises, COVID-19 has diverted demand towards cheaper, smaller, older cars, favouring their performance in the market,’ said Azofra.

With the full economic impact of COVID-19 yet to be unleashed in Europe, this trend is expected to continue and may amplify, albeit nuanced by market.

′The halt in sales activity and production of new cars has also reduced dealer stock of older cars, as this usually comes from trade-ins. This is boosting stock turnover and taking the pressure off prices. The new RENOVE fleet-renewal plan in Spain incentivises the scrappage of older cars – always an easier disposal option than selling – which is further reducing supply,’ Azofra explained.

As a second wave of COVID-19 threatens Europe – cases are rising and tighter restrictions have been introduced in France, Spain and the UK for example – this may further boost the demand for older used cars.

This may be good for the used-car business but not necessarily for the environment, especially as manufacturers and countries seek to boost demand for clean new cars to lower emissions levels.

You can find more information about how different markets are shaping up, and the various economic scenarios across the region, in the latest update of the Autovista Group whitepaper – ′How will COVID-19 shape used-car markets?’ – which can be viewed here.