Audi will become the first automotive manufacturer in the world to bring virtual-reality (VR) in-car entertainment from startup holoride into series production. From June 2022, back-seat Audi passengers can use VR glasses for an immersive experience of games, films, and other interactive content.

The carmaker said the virtual content adapts to real-time driving movements, with the service becoming available in models with the latest upgrades from the modular infotainment toolkit, dubbed MIB 3. Audi plans to introduce the new technology at the US South by Southwest tech festival in March, giving visitors a first glimpse of what it is like to use holoride in a moving vehicle.

Audi said the VR experience would turn a car ride into a ‘multimodal gaming event.’ The holoride technology syncs up to the car’s real-time driving motions. If, for instance, a passenger is playing a game involving a spaceship and the car accelerates, so would the spaceship.

Virtual and extended reality technology is being increasingly commercialised, with Munich-based holoride eager to create so-called ‘elastic’ content that adapts to driving movements. Last year, the young company raised €10 million in a series A funding round and was then valued at €30 million.

The startup has also launched its own cryptocurrency to ‘supercharge’ its content, with the tokens connecting car manufacturers, content creators, brands, and passengers for what it calls a novel in-vehicle experience economy. Holoride first debuted at CES 2019,  and VR continued to make headlines at this year’s technology show.

The first Audi models to benefit from holoride services include the Audi A4, A5, A6, A7, A8, Audi Q5, Q7, Q8, Audi e-tron and Audi e-tron GT quattro – provided they come equipped with the carmaker’s third generation modular infotainment toolkit. The service will launch in Germany, the UK, and the US before becoming available elsewhere in Europe, Canada, Japan, and China. To use the VR service, users will need a special headset that can connect to the vehicle wirelessly via Bluetooth Low Energy.

‘In the future, the progressive automation of travel by car will not only make new forms of entertainment possible while driving – it will also open up increased opportunities to learn and work on the road,’ Audi said. ‘When drivers no longer have to concentrate on driving in the future, they can turn their attention to other things – work, reading, watching films, or gaming.’

It added that the ‘motion-synchronised voyage’ could also reduce motion sickness experienced by passengers reading or looking at electronic devices.

VR has become the latest selling tool for carmakers looking to move this service out of showrooms and into vehicles. Offering augmented reality experiences helps car manufacturers stand out from the crowd, and in today’s fast-moving digital world, this technology is developing to new heights all the time – which is where the metaverse comes in.

A broad term, the concept of the metaverse describes a shared virtual world that is made more lifelike through virtual or augmented reality. British luxury carmaker McLaren has recently teamed up with its first metaverse partner, InfiniteWorld, to give customers a deeper digital experience.

This will include the creation of original non-fungible tokens (NFTs) to represent McLaren’s supercars and hypercars. The carmaker said these NFTs will be available on the McLaren marketplace and will offer ‘unique benefits’ such as access to exclusive, buyer-only experiences.

‘Our decision to select InfiniteWorld to partner with to enter the metaverse is the next step in our digital Web3 journey,’ said Gareth Dunsmore, chief marketing officer at McLaren.

‘Increasingly in demand from our customers and fans alike, this exciting new partnership will draw on InfiniteWorld’s expertise to create and offer a range of digital content on the McLaren marketplace. The partnership aims to push the boundaries and elevate the experience, characteristics both synonymous with the McLaren brand in everything we do,’ he added.

Other carmakers are also interested in offering its products via the metaverse. At CES 2022, Hyundai revealed its metamobility concept to pioneer a smart-device metaverse connection that will expand mobility through VR. 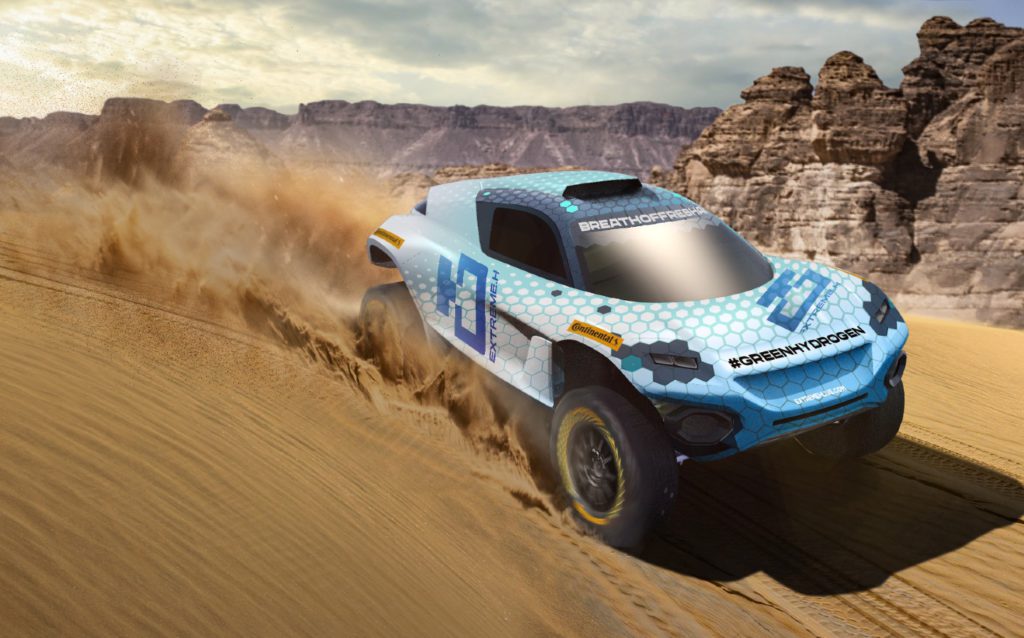