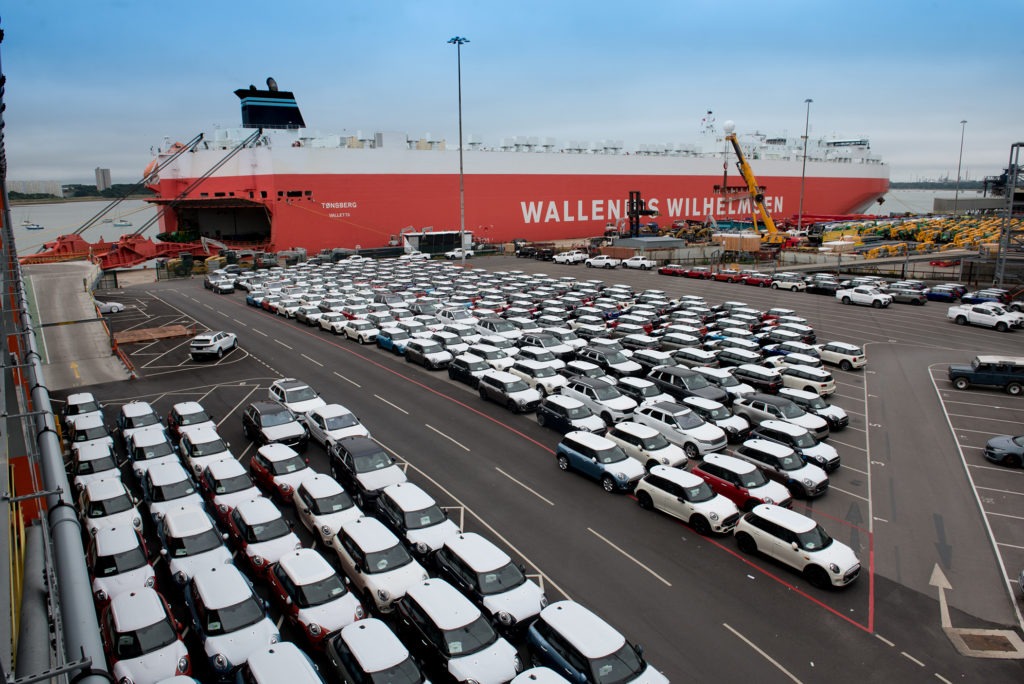 The UK government must put the automotive industry at the heart of future global trade negotiations or risk missing out on the country’s most lucrative trade exports.

This is the latest warning from the Society of Motor Manufacturers and Traders (SMMT), which has launched a new report highlighting the economic impact vehicles have on the UK’s trade figures. Export revenues reached £27 billion (€32 billion) last year, making them more valuable to the UK than power-generating machinery and gold, even at a time when the pandemic disrupted trade flows and shut down global markets.

Including imports, the automotive market generated a total of £74 billion in trade revenue during 2020. This was down on the five-year average of £97 billion. However, considering the difficulties posed by COVID-19, including prolonged manufacturing shutdowns and slower sales, the sector remained a crucial part of the UK economy.

More than 80% of cars and 60% of light-commercial vehicles (LCVs) built in the UK were destined for export. In total, 53.5% of automotive products sent abroad last year went to the European Union (EU), while 17.7% was shipped to the US and 7.6% to China.

Yet, there is currently no trade deal in view with China, while discussions with the US are ongoing. In addition, negotiations are continuing with Australia, which received 2.1% of total UK automotive exports, while deals are being renegotiated with South Korea (1.7%) and Canada (1.5%).

‘As the world re-emerges from the pandemic, the diversity and importance of the UK’s automotive industry is the country’s competitive advantage for restarting growth, creating jobs and tackling climate change,’ commented SMMT chief executive Mike Hawes. ‘With automotive at the heart of future trade policy, and negotiations focused on removing both the tariff and non-tariff barriers that stifle growth, we can drive forward the growth of “Global Britain” and sustain our place as an economic, industrial and environmental leader.

According to the Automotive Trade Report 2021, the UK economy recorded its worst performance for more than 300 years in 2020. However, it staged a ‘better than expected’ recovery in the latter part of the year. Total output shrank by 9.8% in 2020, compared with 2019. This contraction was worse than the 1921 slump following the First World War and Spanish flu, and almost as bad as during the Great Frost in 1709 when the UK was an agricultural economy.

During the first lockdown, UK GDP was 25% lower in April 2020 than it was only two months earlier. The economic turbulence caused by COVID-19 has, however, only added to the uncertainty faced by the automotive sector.

Vehicle manufacturers and parts suppliers have had a difficult few years with a push for vehicle electrification, strict CO2 emission targets set by the EU, Brexit, and a collapse in the diesel market. Although the economy is recovering, these issues persist for the automotive market. Additionally, purchasing a car is an expense many cannot afford at present, meaning registration figures are slumping in 2021, even though dealerships are open and lockdown restrictions lifted.

With hopes rising worldwide that the pandemic is now in retreat, the SMMT state that the UK’s trade policy must now take advantage of the opportunities from a post-Brexit, post-fossil fuel world to restore growth and jobs with automotive central to this ambition.

With the global car market expected to grow significantly in regions such as Asia and Eastern Europe, the industry body is calling for future trade deals to include dedicated automotive annexes and provisions to reduce tariffs and regulatory barriers. It also recommends establishing rules of origin that will reflect the UK’s future supplier base as manufacturing moves away from the internal-combustion engine, as well as ensuring manufacturers can recruit top talent from around the world to drive growth.