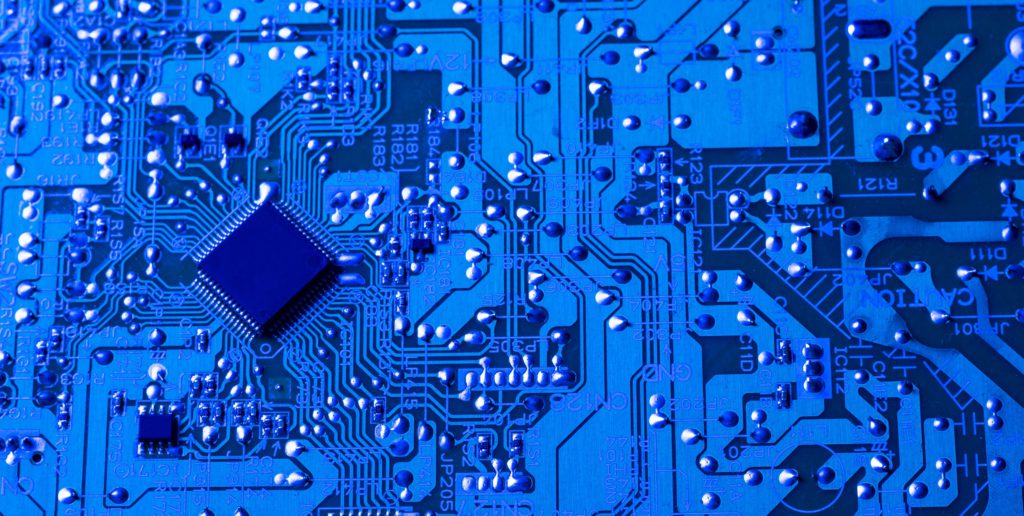 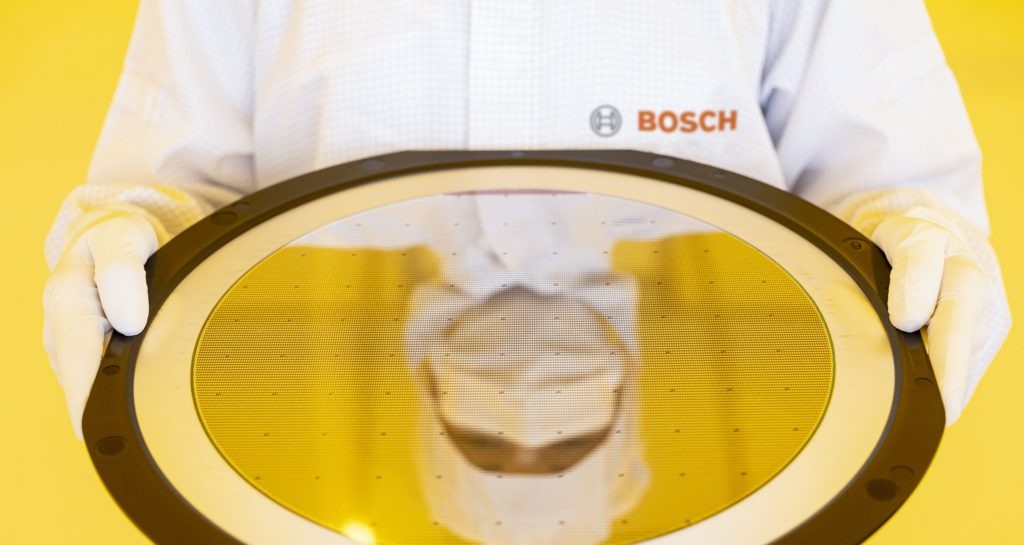 Bosch has opened a wafer fabrication plant (fab) in Dresden, the capital of the German state of Saxony. The high-tech facility was officially inaugurated on 7 June, in the virtual presence of the German chancellor Angela Merkel, EU Commission vice-president Margrethe Vestager, and Saxony’s minister-president Michael Kretschmer. Production will start in the plant as early as July, six months earlier than planned, with semiconductors to be installed in Bosch power tools. Chip production for automotive applications will start in September – three months earlier than planned. Bosch has been making semiconductor components since 1958 and has invested more than €2.5 billion since 200-millimetre technology was introduced in 2010. On top of this, billions of euros have gone towards developing microelectronics. Bosch is investing roughly €1 billion in the high-tech location – the largest single investment in the company’s history, which spans more than 130 years. Around 250 people currently work at the Dresden site, and this number will nearly treble to roughly 700 following completion of construction work. ′Microelectronics is the basis for nearly every promising technology, for applications of artificial intelligence, for quantum computing, and for automated and connected driving – which is also a Bosch speciality,’ said Merkel. Increasing automotive demand The new factory will be an important part of Bosch’s semiconductor-manufacturing network and, moreover, strengthens Germany’s position in the wake of semiconductor shortages. This lack of components has constrained the supply of new cars, impeding the fragile recovery of automotive markets. The additional semiconductor capacity may come too late to overcome the current supply issues, but will help to meet rising demand. ′In 2016, every new vehicle worldwide had an average of more than nine Bosch chips on board, in devices such as the airbag-control unit, the braking system, and the park-assist system. In 2019, this figure was already more than 17. In other words, their number had nearly doubled in just a few years,’ Bosch explained. Looking to the future, increasing demand is expected thanks to driver-assistance systems, infotainment, and the electrification of powertrains. ′Semiconductors are the building blocks of progress. Electronic components equipped with chips from Dresden will make applications such as automated and resource-conserving driving possible, as well as the best possible occupant protection,’ said Harald Kroeger, member of the board of management of Robert Bosch GmbH. Bosch also noted that, according to the German Electrical and Electronic Manufacturers’ Association (ZVEI), the value of the microelectronics in a new car in 1998 was €120. By 2018, this value had risen to €500, and in 2023 it is expected to exceed €600. Smart factory The Dresden plant is ′a smart factory and a trailblazer in Industry 4.0′ according to Bosch, with highly-automated, fully-connected machines and integrated processes, combined with methods of artificial intelligence (AI). ′For Bosch, semiconductors are a core technology, and it is strategically important to develop and manufacture them ourselves. In Dresden, with the help of artificial intelligence, we will take semiconductor manufacturing to the next level. Artificial intelligence is the key to further improving the manufacturing processes and semiconductor quality, as well as to achieving a high level of process stability,’ explained Dr Volkmar Denner, chairman of the board of management of Robert Bosch GmbH. Real-time analysis All the data in the wafer fab – from machinery, sensors, and products – is collected in a central database, resulting in production data equivalent to 500 pages of text being generated every second and more than 42 million pages each day. The data is then evaluated using AI methods and ′self-optimising algorithms learn how to make predictions on the basis of the data.’ The tangible benefit is that manufacturing and maintenance processes can be analysed in real-time. The AI algorithm ′can detect even the tiniest anomalies in products’, which are ′visible on the wafer surface in the form of specific error patterns known as signatures.’ Any deviations from the standard process can then be corrected immediately, before they affect the products. Furthermore, Bosch highlighted that ′semiconductor products can go into full-scale production quickly, saving automotive customers the need for the time-consuming trials that would otherwise be necessary before production release. Maintenance work can also be optimised thanks to artificial intelligence.’ ′Over a vehicle’s service life, chips are exposed to strong vibrations and extreme temperatures that range from far below freezing to far above the boiling point of water. In other words, chips have to meet higher standards of reliability. This means that the development of automotive semiconductors is more complicated than in other applications,’ the company added. ′Chips for vehicles are the ultimate discipline in semiconductor technology. This is because in cars, these small building blocks have to be especially robust,’ Kroeger concluded.
Companies Suppliers 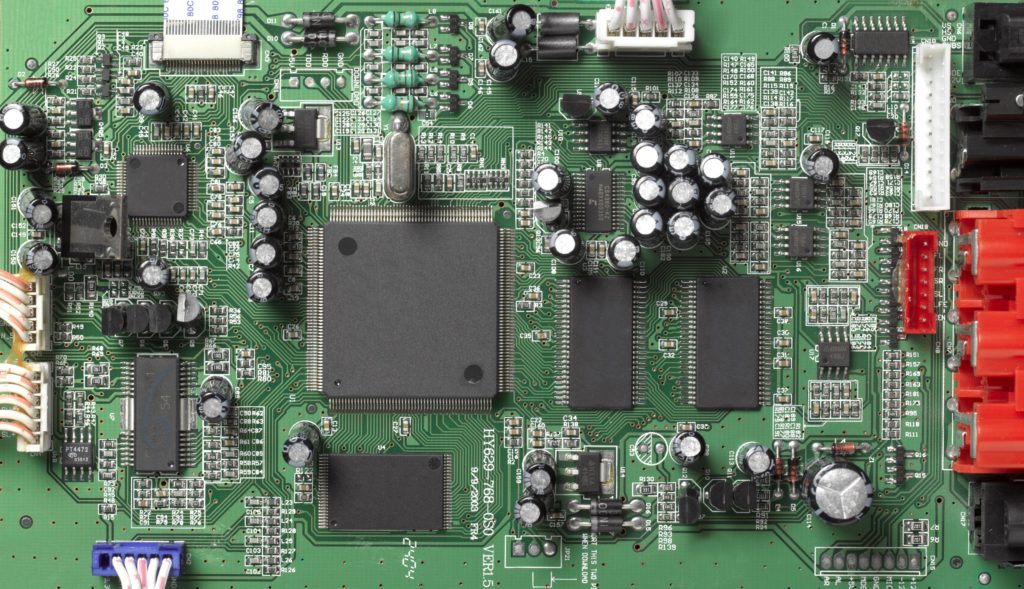