Renault Group has accelerated its electrically-chargeable vehicle (EV) strategy with new announcements around batteries and platforms, as it aims to lead the way in the development of new technologies.

At a press event on 30 June, the French carmaker unveiled a number of new initiatives, including the launch of 10 new battery-electric vehicles (BEVs), two additional EV platforms, continued battery development and cell-lifecycle initiatives.

The announcements come after the carmaker signed deals with Envision AESC and Verkor to build gigafactories in France. It looks to localise the production of lithium-ion cells and reduce the overall carbon footprint of the technology.

Renault Group aims to have the greenest mix in the European automotive market by 2025, with over 65% of sales coming from BEV and EV models. This will increase to a 90% stake for BEVs by 2030.

‘Today is a historic acceleration of Renault Group’s EV strategy, made in Europe,’ said Luca de Meo, CEO of Renault Group. ‘By building our compact, efficient, high-tech electric ecosystem Renault ElectriCity in Northern France together with our e-powertrain MegaFactory in Normandy, we create the conditions of our competitiveness, at home. We will train, invest and partner up with established and emerging best-in-class players in their fields.’

To allow for this target, the group needs to increase the number of BEVs it currently offers. It plans to do this by making the most of its dedicated EV platforms to launch 10 new BEVs by 2025, seven of which will be for the Renault brand.

One of these new vehicles will be an updated version of the iconic Renault 5. A concept of this was first presented at the unveiling of the Renaulution strategic plan earlier this year. The Renault 5 will be launched at a price point below the Zoe BEV, making it more affordable for consumers.

The Renault 5 will not be the only ‘classic’ vehicle to be relaunched, however. The group will also revive another iconic car, currently named 4ever. No further details about which model this will be based on have been unveiled.

Renault Group will also strengthen its presence in the all-electric C-segment, firstly with the All-New MéganE in 2022. The Alpine ‘dream garage’ unveiled in January will become a reality, starting in 2024.

These new models will be built on two native EV platforms, the CMF-EV and CMF-BEV. These are ‘state-of-the-art’ when it comes to both performance and cost-effectiveness.

CMF-EV will be used for vehicles in the C- and D-segments, and will represent around 700,000 vehicles by 2025. This is at what Renault terms ‘an alliance level’, suggesting the platform will be shared with its alliance partner Nissan. Renault Group was also announced to be building models for its other partner, Mitsubishi, earlier this year, as the Japanese carmaker reversed its decision to exit the European market.

The platform offers a range of up to 360 miles (WLTP) with low-energy consumption. This performance comes from the Group and Nissan’s engineers working on reduced friction, weight reduction and a state-of-the-art, thermal-management system.

For the B-segment, CMF-BEV will allow the Renault Group to make affordable BEV models. This brand-new platform will reduce the cost by 33% at the vehicle scale compared to the current generation Zoe. This has been achieved with the interchangeability of the battery module, a right-sized powertrain of 100kW at lower cost, and all non-EV components carried over from the current CMF-B platform.

Renault Group has committed to developing and rolling out batteries with NMC-based chemistry. These cells are made up of nickel, manganese and cobalt, and will cover 100% of future BEV launches across all segments.

This chemistry choice delivers a very competitive ratio of cost per kilometre, with up to 20% more range compared to other chemistry solutions and much better recycling performance. NMC also offers a better range, better performance at low temperatures, and better ageing over its lifetime.

The Group will follow two NMC development paths, an affordable one for the A- and B-segments, and a performance-orientated approach for the C- and sports segments. Rollout across the alliance will begin in 2024, with all BEVs featuring the new battery platforms by 2028.

In less than 10 years, the Group will drive its costs down step by step by 60% at pack level. It has a target below $100 per kWh in 2025, and below $80 per kWh in 2030. The carmaker is also preparing for the arrival of all solid-state battery (ASSB) technology within the alliance in 2030. ASSB cells are a ‘gamechanger’ for battery technology, as they feature a non-flammable solid electrolyte, are compliant with very high temperatures, and therefore have no need for a high-performance cooling system, which reduces the need for additional vehicle components.

Value throughout the lifecycle

Renault Group is also looking to help generate additional value through the entire lifecycle of a vehicle battery via its new Mobilize business .

During the first life of a battery in a vehicle, the Group is developing solutions for Vehicle-to-Grid (V2G) that enable energy to be pushed back to the power grid from an electric car’s battery. Of particular interest to grid operators, these power-storage solutions can help balance energy load at all times. According to the carmaker, this way, a car connected for eight hours per day could generate up to €400 per year through V2G. This allows EV drivers to offset part of their annual leasing cost, and Renault to capture recurrent profits related to car fleets.

At the end of their first life in the vehicle, batteries may still contain around two-thirds of their capacity and can be reused for a second life. Mobilise is finding new applications around stationary storage to manage punctual power needs, mobile-electricity storage or generators for use in other industries. Renault has defined a unique industrial set-up to lead this market in Europe. This is via the collection of end-of-life batteries with the support of its dealer network, the ability to appraise the fair value of batteries thanks to real-time technical monitoring, and the industrial capacity to refurbish batteries repackage the upcoming 250,000 units of leased Zoe batteries.

The Group is also deploying facilities for battery retrofitting, reusing, dismantling and recycling through its Re-Factory project in Flins with the objective to generate more than €1 billion of turnover from end-of-life and recycling activities by 2030.

Going further in recycling, the Group recently announced, together with partners Solvay and Veolia, the recovering of strategic battery materials such as cobalt, nickel and lithium with a very high efficiency and battery-grade quality so that they can be reused in the production of new-car batteries. 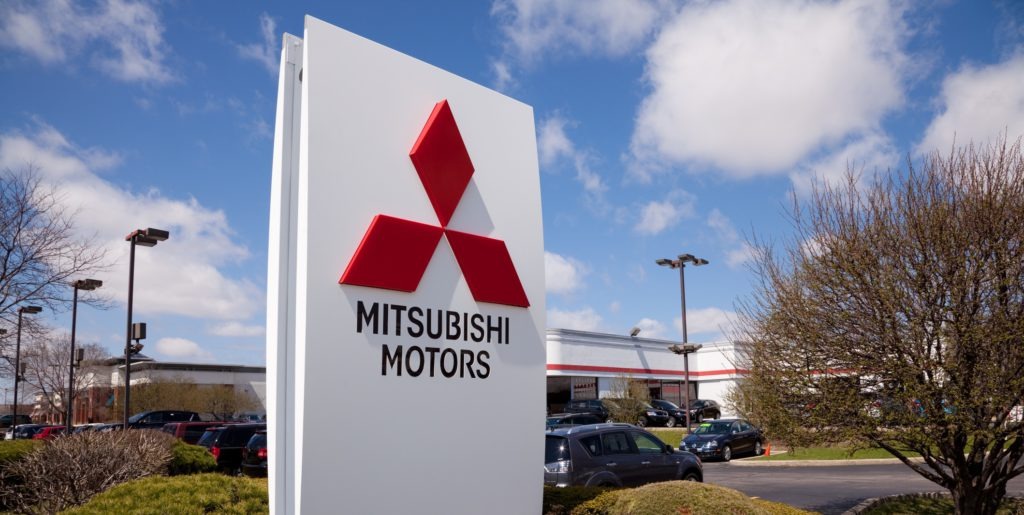 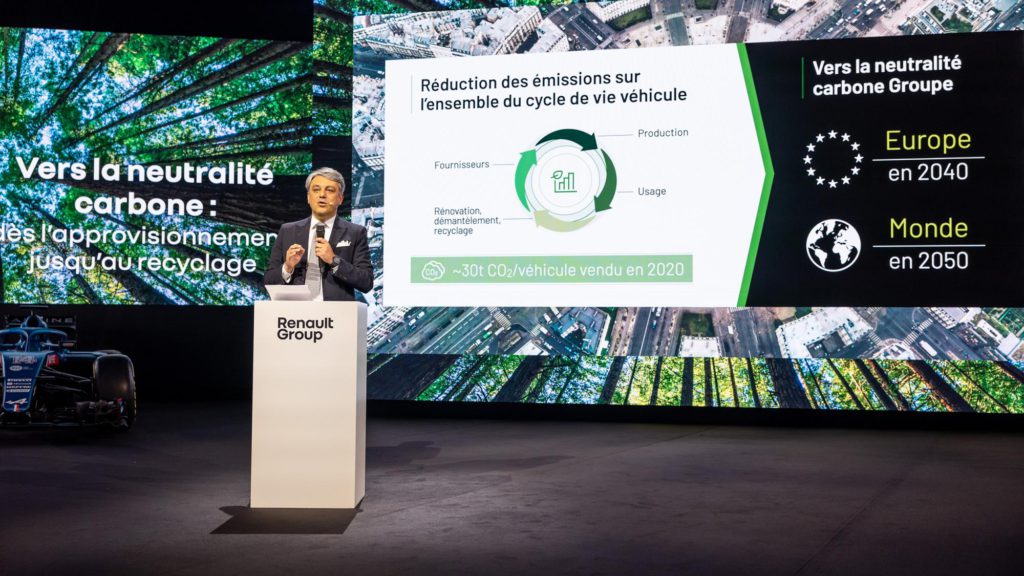