Nissan has announced a ‘world-first’ electrically-chargeable vehicle (EV) manufacturing ecosystem to be built at its Sunderland plant in the UK. The facility will include a new battery gigafactory, renewable-energy production and energy-storage solutions.

The project is larger than the expected gigafactory announcement, reported earlier this week, and secures the future of the Sunderland plant after years of uncertainty. It will also offer hope to the country’s automotive industry, which suffered during the protracted Brexit negotiations.

The strategy, named EV36Zero, will help to drive the carmaker’s plans for carbon neutrality while establishing a 360-degree solution for zero-emission motoring. The announcement will also help the UK’s battery-manufacturing efforts at a time when the industry is calling for more support.

Nissan will invest an initial £1 billion (€1.2 billion) with its project partner Envision AESC. The battery-technology company recently signed an agreement with the Japanese carmaker’s alliance partner Renault to build a gigafactory in France.

The plant, which builds a number of models, including the Leaf battery-electric vehicle (BEV), will also produce a new all-electric model. This marks something of a U-turn from Nissan, which pulled planned production of the new X-Trail from Sunderland prior to the completion of Brexit.

‘This project comes as part of Nissan’s pioneering efforts to achieve carbon neutrality throughout the entire lifecycle of our products,’ said Nissan president and chief executive officer, Makoto Uchida. ‘Our comprehensive approach includes not only the development and production of EVs but also the use of on-board batteries as energy storage and their reuse for secondary purposes.’

As part of its plan, Nissan will build a 9GWh battery-manufacturing facility at Sunderland to provide lithium-ion cells for its BEV models. Battery supplier Envision AESC will invest £450 million to build the gigafactory on the International Advanced Manufacturing Park (IAMP), adjacent to the Nissan plant. This site will be powered by renewable energy and next-generation battery technology.

‘This is a huge step forward in our ambition to put the UK at the front of the global electric vehicle race, and further proof, if any was needed, that the UK remains one of the most competitive locations in the world for automotive manufacturing.

The battery supplier already owns and operates the site and supplies cells for the Leaf in Sunderland, making it the ideal partner for the project. Envision AESC has produced cells, modules and packs to power over 18,000 EVs in 44 countries and has experience in low-carbon manufacturing.

The formal planning process is about to begin for the initial 9GWh gigafactory, with a potential future-phase investment of £1.8 billion by Envision AESC, generating up to 25GWh and creating 4,500 new high-value green jobs in the region by 2030, with potential on-site for up to 35GWh.

Locating the factory at Sunderland, next to the vehicle-manufacturing plant, cuts down the logistics of battery transport, further reducing the technology’s carbon footprint. In addition, the new plant will increase the cost competitiveness of EV batteries produced in the UK, including a new Gen5 battery cell with 30% more energy density which improves range and efficiency. This will make batteries cheaper and EVs more accessible to a growing number of customers.

‘This commitment builds on our long-term partnership with Nissan to achieve our global ambition to make high performance, longer-range batteries for EVs affordable and accessible for millions more motorists, said Lei Zhang, founder and CEO of Envision Group. ‘This will put the North East at the heart of a new EV hub in the UK, collaborating on research and development (R&D) around the whole battery lifecycle, from storage to second life use, vehicle to grid (V2G) smart charging and closed-loop recycling.’

In addition, Nissan will invest up to £423 million to produce a new-generation BEV in the UK. It promises next-generation vehicle styling, efficiency and battery technology, making the switch to electric driving even more accessible.

Designed for global markets, UK production will be exported to the European markets traditionally served by Nissan’s Sunderland plant. The new crossover will be built on the alliance CMF-EV platform, with a forecasted production capacity of up to 100,000 units to be installed.

Production in Sunderland will create 909 new jobs at the plant, and more than 4,500 in the UK supply chain, while safeguarding a further 75 R&D jobs. The transformational project takes the total capital investment by Nissan into the plant past £5 billion. R&D of the new model will be undertaken at Nissan’s European Technical Centre in Cranfield, Bedfordshire.

The announcement of a new model is another boost for Sunderland. During Brexit negotiations, bosses suggested they could close the plant if tariffs were introduced, as manufacturing in the UK would become unviable. To emphasize this, production of the new X-Trail, planned for the facility, was pulled back to the carmaker’s plants in Japan. As the European Union had recently announced a free-trade agreement with the Japanese government, it was seen as a marker that access to free trade was essential to the carmaker.

Bringing this ecosystem together, Sunderland City Council is leading a project aimed at delivering a 100% renewable electricity ‘Microgrid’ that will save 55,000 tons of carbon annually.

With the ability to incorporate the existing Nissan wind and solar farms, plans suggest there could be as many as 10 solar farms created, with an anticipated 132MW generation. This would offer a direct connection to renewable energy from the UK grid for ‘firm’ supply to Nissan and automotive companies located on the adjacent IAMP. Plans will continue to develop in discussions with potential private-sector green investors.

A first-of-its-kind, this project is estimated to be an £80 million investment and includes plans for a 1MW battery storage system using second-life Nissan EV/Envision AESC batteries, which will also allow for excess energy generated during daylight hours to be captured and used at other times, helping to balance demand on the grid. Additional infrastructure projects enabling the creation of the new EV Hub take the total initial investment above £1 billion.

‘Sunderland is an ambitious city, and today’s announcement is a game-changing one for us, for the region and for UK Plc, and the culmination of many months of partnership working with Nissan, Envision AESC and UK Government to ensure that we landed this transformational project,’ said Sunderland City Council leader, Councillor Graeme Miller.

‘We have a commitment to making Sunderland as a city carbon neutral by 2040, and electrification is a key part of that vision. This announcement places Sunderland at the centre of electric vehicle production in Europe. It vindicates the unwavering belief this council has in the city’s ability to drive the electric revolution, working in partnership with the private sector and government to bring nationally significant projects to fruition, creating jobs and prosperity for our people and businesses, and delivering cleaner, greener cars in the process.’

Boost for the UK

At the recent Society of Motor Manufacturers and Traders (SMMT) International Automotive Summit, the industry body suggested that more government support was needed to create gigafactories in the UK. Without it, up to 90,000 jobs could be lost. The SMMT released a report detailing the requirements needed to ensure the UK could become a leader on the global electrification stage.

‘Today’s announcement of new investment into battery production in Sunderland is great news for the sector, the region and all those employed locally,’ SMMT chief executive Mike Hawes commented. ‘It also demonstrates the UK automotive industry’s commitment to net-zero and that the transition to these new electrified vehicles can be made In Britain.

‘If we are to build one million electric vehicles by 2030, however, we need more such commitments, with at least 60GWh of gigafactory capacity in this country by the end of the decade. The future competitiveness of our industry depends on securing these investments but also wider support for manufacturing. We need a Build Back Better Fund to help manufacturing transformation, as well as a plan for charging infrastructure that will assure consumers to make the switch to these vehicles.’

Return of faith in the UK

Nissan’s investment also comes after years of dwindling support for the UK following the Brexit referendum in 2016. From over £2.5 billion in 2015, in the first six months of 2019, just £90 million was pumped into the country’s manufacturing, research and development. There were signs of recovery at the start of 2020. However, COVID-19 impacted any further economic decisions for a large number of businesses.

‘This fantastic investment by Nissan and Envision AESC represents a solemn commitment to the people of Sunderland, bringing further high-skilled jobs and turbocharging our plans to level up the North East,’ commented UK Business Secretary Kwasi Kwarteng. ‘This is a huge step forward in our ambition to put the UK at the front of the global electric vehicle race, and further proof, if any was needed, that the UK remains one of the most competitive locations in the world for automotive manufacturing.

‘I am extremely proud that Nissan has not only reaffirmed its belief in Britain but is doubling down on its long-standing commitment to our country. The cars made in this plant, using batteries made just down the road at the UK’s first at scale gigafactory, will have a huge role to play as we transition away from petrol and diesel cars and kick-start a domestic electric vehicle manufacturing base.’ 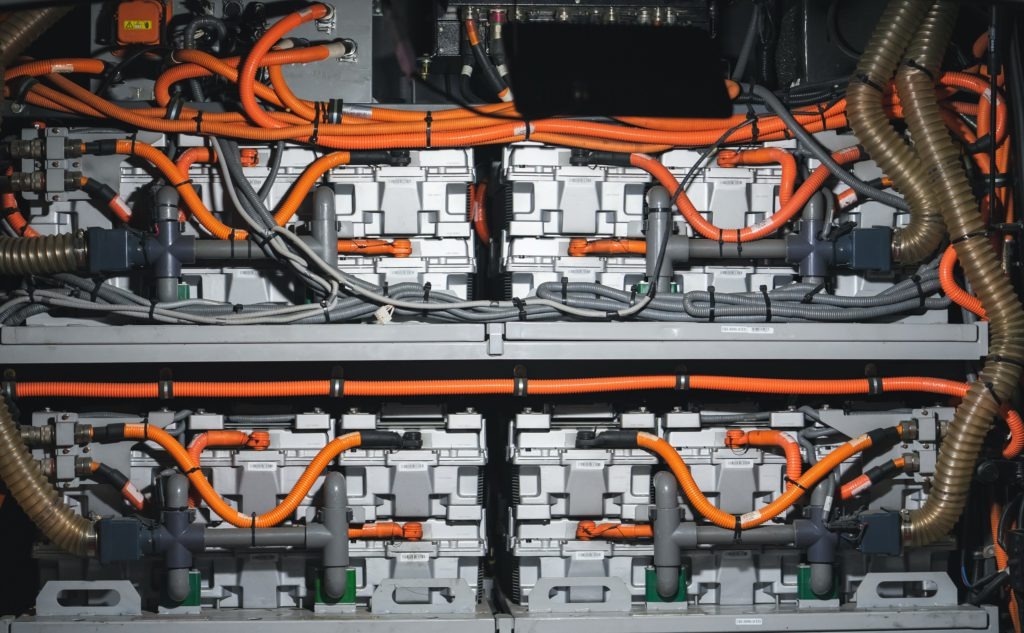 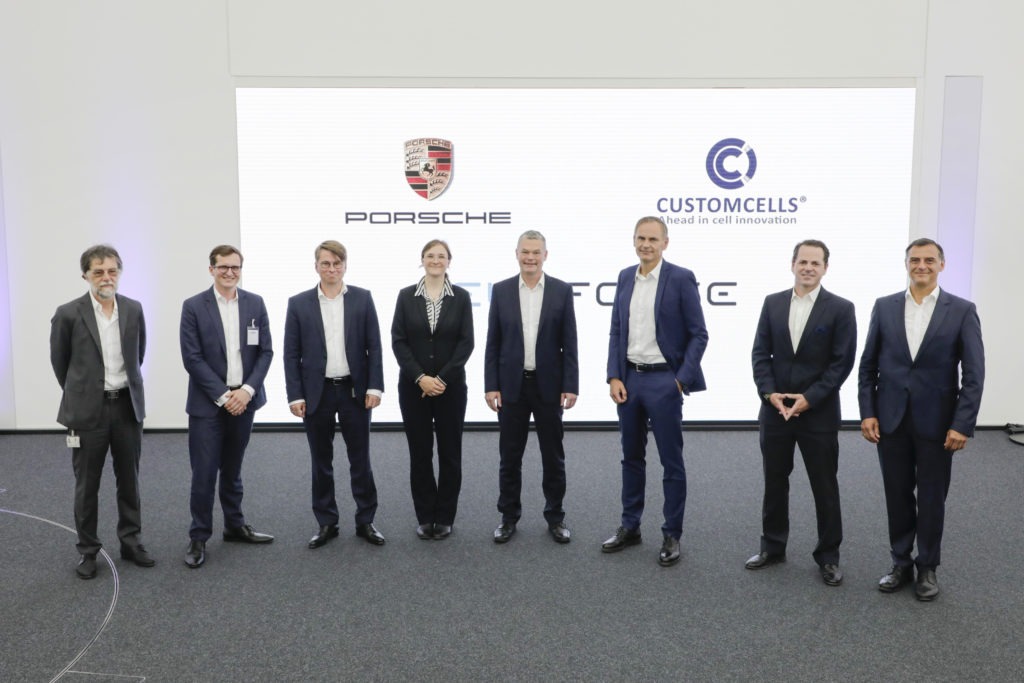