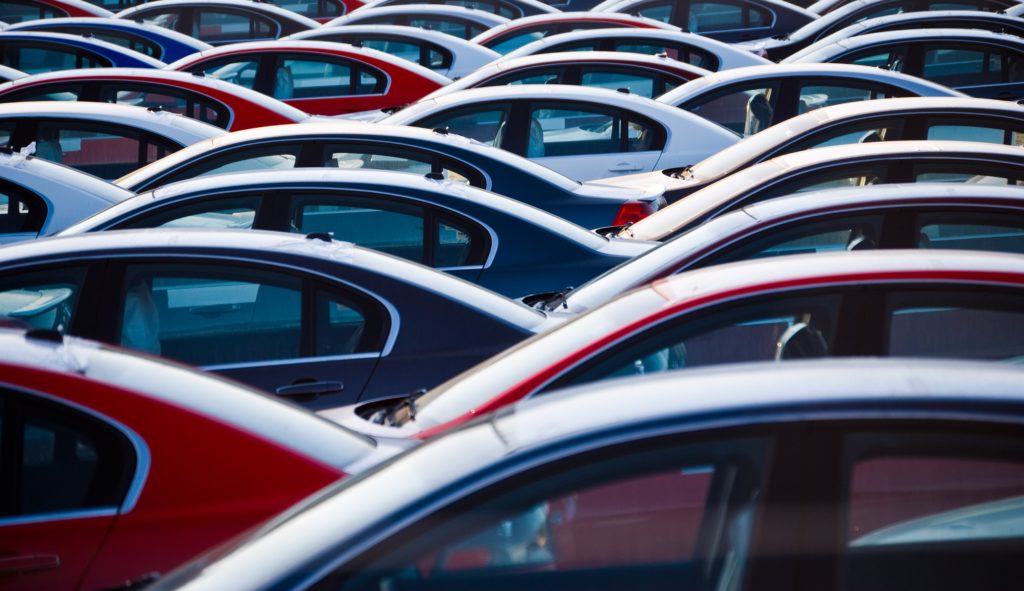 Autovista Group senior data journalist Neil King investigates the emissions performance of major carmakers in the EU in 2020. Having considered pooling to hit targets, and OEMs that managed without pooling, King focuses on two manufacturers that did not meet their respective targets – Volkswagen Group (VW) and Jaguar Land Rover (JLR).

The subject of CO2 emissions has been a tricky one for carmakers to navigate, especially since the collapse of the diesel market. With consumers starting to mistrust the technology as awareness of nitrogen-oxide (NOx) output became commonplace, many switched to petrol models. However, this switch intensified the growth in CO2 emissions across carmakers’ fleets.

With targets for 2020 and 2021 set by the European Parliament in 2009, manufacturers had relied on diesel to keep levels down. With the switch in market trends, many rushed to develop electrified models to reduce their emissions. Unfortunately, not all were successful, with VW and JLR missing their individual targets last year.

Both carmakers have stepped up their electrified offerings in recent years, but the uptake of these models was not fast-paced enough to offset their CO2 levels. They did, however, see a reduction in their overall emissions in 2020. The OEMs are confident that with continued uptake of low- and zero-emission models throughout 2021, targets will be met by the end of the year.

The EU regulations state that an industry average of 95g/km of CO2 must be met across carmakers’ new-car fleets sold in both 2020 and 2021. Each carmaker has an individual target. Should this be exceeded, fines are issued – €95 per 1g/km over the target, multiplied by the number of cars sold in 2020 and 2021.

Last year acted as a transitional period, with the top 5% of polluting cars in the fleet not counting towards the manufacturer’s figures. Some decided to pool their fleets and spread the average CO2 across a larger vehicle base. Others went alone, preferring to rely on their own methods to reduce emissions.

Autovista Group analysis in February 2020 uncovered that VW faced the largest fine of all carmakers if it did not reduce its fleet-average emissions from new cars. However, the company successfully cut its emissions by about 20% to 99.8g/km in 2020, exceeding its target by just 0.5g/km. The group pooled its emissions with Chinese manufacturer SAIC and its European subsidiary, MG Motor.

Based on 2.5 million new-car registrations in the EU in 2020, Autovista Group calculates that the German carmaker faces a fine of about €115 million. ′We are making good progress on the road to becoming a CO2-neutral company. We significantly reduced the CO2 emissions of our new-vehicle fleet in the EU.

The Volkswagen and Audi brands, in particular, have made a major contribution to achieving this with their e-offensive. We narrowly missed the fleet target for 2020, thwarted by the COVID-19 pandemic. Along with Volkswagen Passenger Cars and Audi, Cupra and Skoda are now bringing out further attractive electric models. This will allow us to achieve our fleet target this year,’ commented Herbert Diess, CEO of the Volkswagen Group.

VW launched its first mass-produced battery-electric vehicle (BEV), the ID.3, last year. This has been followed by the ID.4 SUV model, while Audi has the e-Tron and Porsche the Taycan.

Skoda and SEAT are also bringing BEVs to market, and this increase in models will likely help offset the small amount that the OEM needs to meet targets. Plans in place Despite a 15% improvement in its new-car fleet emissions compared to 2019, to 134g CO2/km, JLR also exceeded its EU target in 2020.

′Despite the impact of COVID-19, we ended the year only 2g/km (1.5%) above our target,' the company said in an emailed statement. As the COVID-19 pandemic reduced JLR's EU new-car registrations tally to below 70,000 units in 2020, Autovista Group calculates the company faces a fine of only €12.6 million.

′Jaguar Land Rover has a growing portfolio of electrified vehicles, embracing fully electric, plug-in hybrid (PHEV) and mild-hybrid (MHEV) vehicles. Following the significant expansion over the year, electrified options now extend to 12 models across the Jaguar and Land Rover portfolios, with PHEVs available on eight vehicle lines and MHEV on 11, as well as the all-electric Jaguar I-Pace,' the carmaker added.

JLR also highlighted that the electrification of both the Land Rover and Jaguar brands is central to the company's ′Reimagine' strategy, launched in February 2021, with all Jaguar and Land Rover nameplates available in pure electric form by 2030.

′By this time, 100% of Jaguar sales, and around 60% of Land Rovers sold will be equipped with zero-tailpipe powertrains.'  ′Jaguar will be reimagined as an all-electric luxury brand from 2025 with all models built exclusively on a pure electric architecture, whilst in the next five years, Land Rover will welcome six pure electric variants, the first of which will arrive in 2024. We have also set a target to become a net-zero carbon business across our supply chain, products and operations by 2039,' JLR explained.